Heather Gibson says she was physically and emotionally abused for years, but she is not letting that define her future. 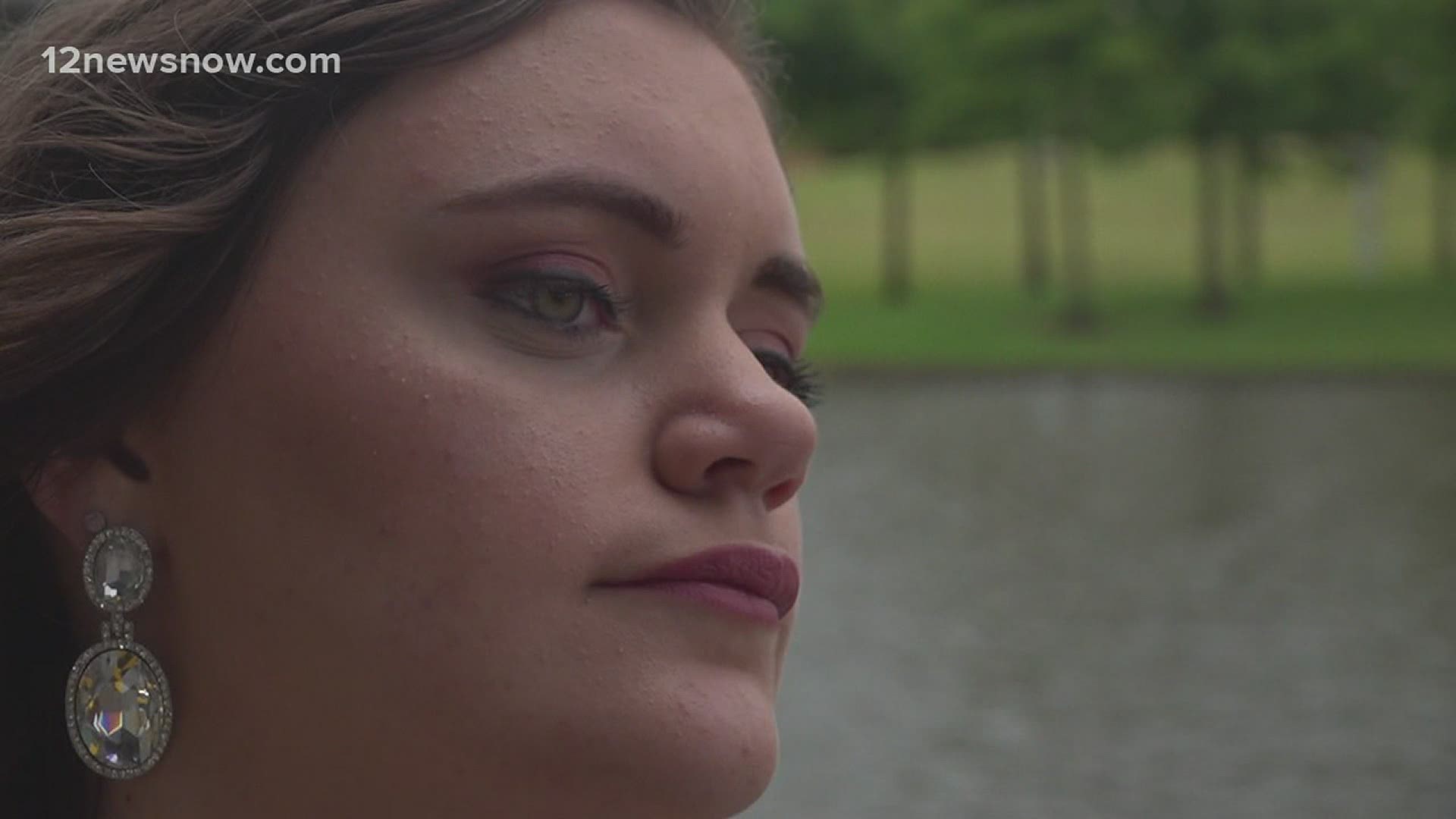 BEAUMONT, Texas — High school seniors are preparing for graduation. It's an exciting time and the future is at their fingertips.

Many are getting ready to close one chapter to begin another.

But the road to graduation is not always easy.

"It feels like an accomplishment because of all of the stuff that I have been though," said Heather Gibson.

Gibson is 19-years-old and a senior at Beaumont United. She has been in foster care for more than 5 years. But her time in foster care was not the tough part.

"My story is, when I was about 5-years-old my grandmother died. So, I was given to my aunt and uncle who lived in Houston. I lived with them for 7 years and during that time I was mentally, physically and emotionally abused and when I was 12 they kicked me out of the house," explained Gibson.

She then went to live with other family members, but those placements didn't work out.

Eventually, she was dropped off at a Child Protective Services center in Lufkin. She was there for several hours before her foster family picked her up.

"I sat in the CPS office for three hours and just cried." said the 19-year-old.

Gibson said she is not letting the negative times of her past play a part in her future.

Instead, she said she is going to let it fuel her drive to succeed.

"I've had people constantly tell me you're not going to make it," said Gibson, "but every time I heard that it just heard me to prove them wrong."

It's a drive that Shari Pulliam, media specialist with Child Protective Services, has seen first hand.

"I was drawn to her spirit and positive attitude. And she is a nurturing soul, I can see that in her," said Pulliam.

The hardships are why Gibson is choosing a career in 3D graphic design and interior design.

"I want to create homes for people who barely have any money. And for kids in foster care like me that need that extra boost once they get out," explained Gibson.

Gibson's life has not always been easy, but she is thankful for one couple who showed her what is important, love.

"It can be two complete strangers who took you into their home from the COS office and just gave you a second chance at life," said Gibson.

Her foster mom and foster dad have passed away but Gibson says she will carry them in her heart forever.

"They are the only two people, even out of my entire blood family, that I called mom and dad," said Gibson.

Heather Gibson has been accepted into Lamar Institute of Technology.

She will begin classes in the fall.