Another chilly night across SE Texas

BEAUMONT, Texas — Headed out for groceries this evening....it's going to be another chilly night, but drier than yesterday.

Tonight, mostly clear skies are forecast with low temperatures in the lower 40s Triangle upper 30s in the Lakes.

Monday, the sun returns after a chilly morning.  Afternoon highs temperatures will be cool...in the lower to middle 60s.

Tuesday, after a chilly morning, mostly sunny skies will warm afternoon temperatures to near 70.

The dry weather is forecast through Wednesday and Thursday as lows warm into the 50s with highs climbing into the middle 70s.

Another cold front will arrive Saturday with a low-end scattering of showers and thunderstorms with highs near 70.

Drier, cooler weather is forecast Sunday 12/05 and 12/06 with abundant sunshine. 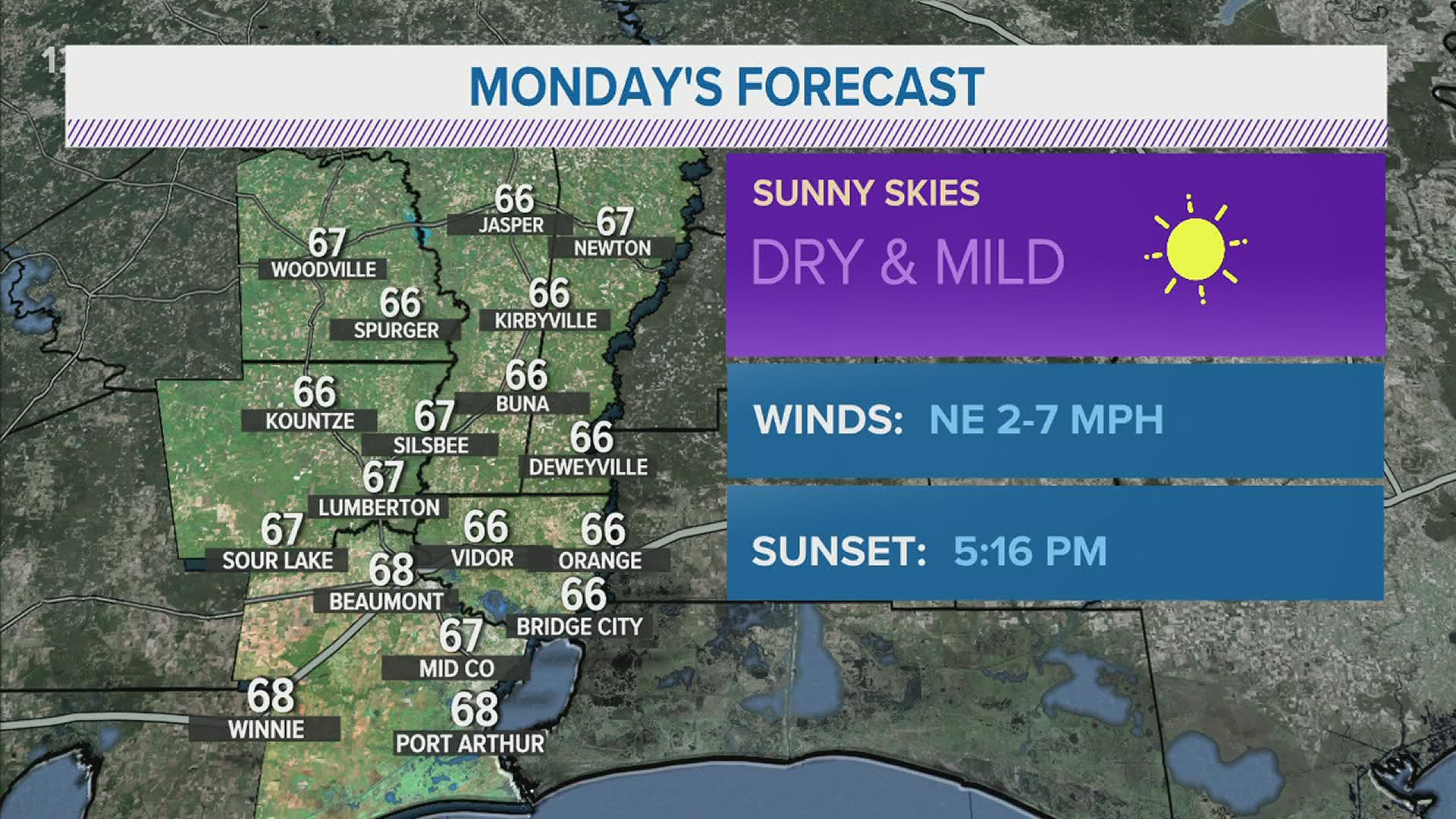