City of Beaumont takes down confederate monument at Wiess Park

Beaumont City Council voted 6-1 last Tuesday to remove the statue at an estimated cost of $15,000. 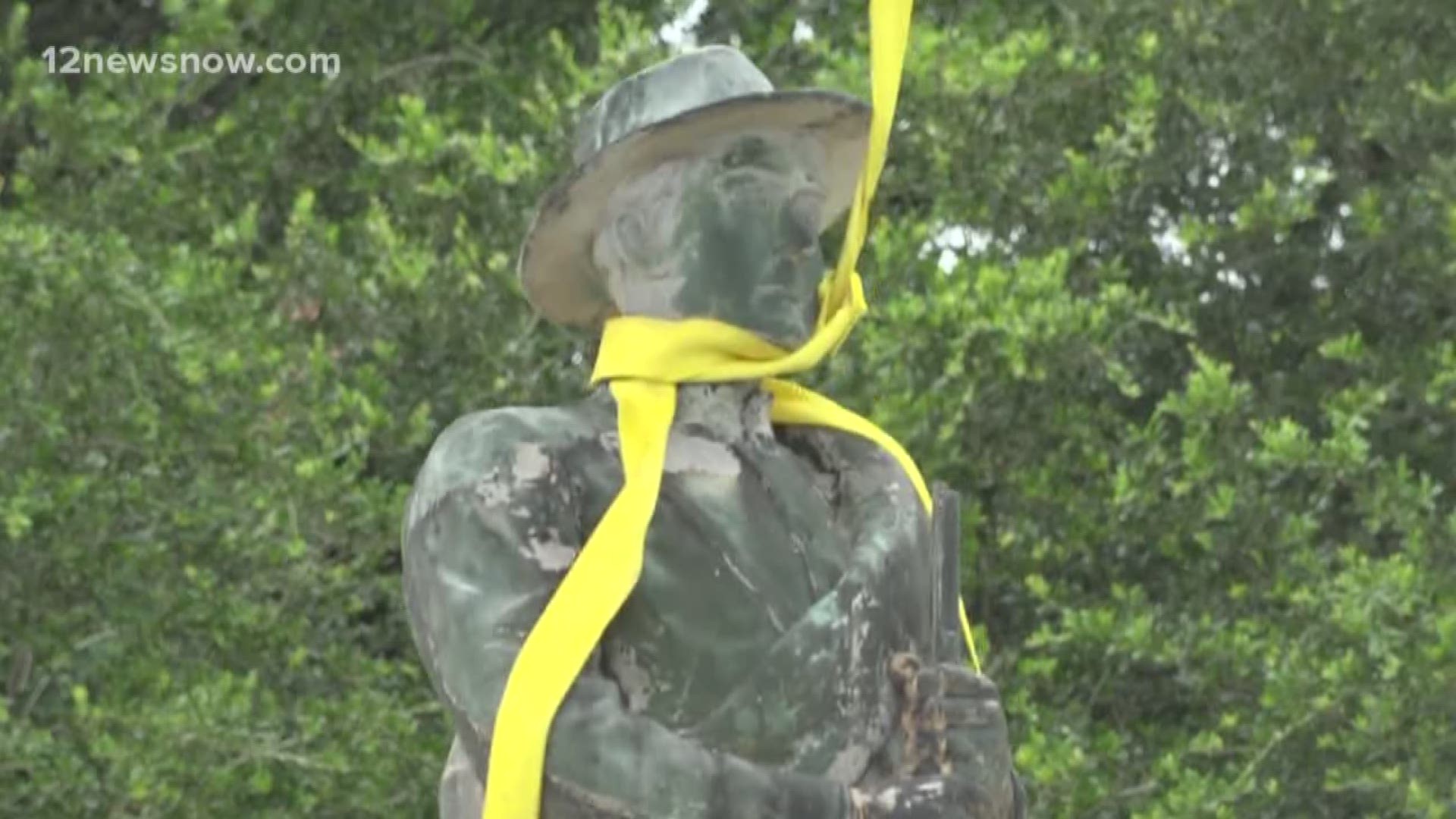 BEAUMONT, Texas — The City of Beaumont removed a Confederate statue Monday. The statue had been in a downtown park since 1912.

Crews removed the statue around 10 a.m. June 29. The city council had voted 6-1 on Tuesday, June 23 to remove the statue at Wiess Park and store it in a warehouse.

Council members Audwin Samuel and Randy Feldschau requested that council discuss removing the statue, according to a memo from city manager Kyle Hayes.

Councilman Mike Getz was the only member to vote against removing the statue. During the discussion, councilmembers Audwin Samuel and Mike Gets exchanged heated words before the mayor called for a recess.

After eight sections of the statue were removed and placed into storage, the question is what will now happen to it?

City leaders are the ones tasked with deciding on that solution.

Last week, ideas of selling it to the public or donating the monument to a museum were put on the table.

There has been interest shown in this monument from the community during last week's city council meeting and in recent days.

A newly formed group called American Monument Project is one organization looking to obtain the statue from the city of Beaumont.

Member Brian Byrom, who is from Beaumont, spoke with 12News over the phone Monday about his interest.

"I hate to see us lose our history, regardless of whether you approve or disapprove of what it stands for," Byrom said. "It happened, it's something to learn from and not something to destroy or forget."

Byrom adds that he wants to make sure this monument is preserved and cared for.

He says he has submitted a proposal to the city of Beaumont.

Again, it will be up to the council to figure out where the statue goes, if anywhere.

A council meeting is not scheduled for June 30, so we will all have to wait and see when this topic is brought up again.

The council previously discussed the statue in August 2017, following the Unite the Right rally in Charlottesville where one person was killed.