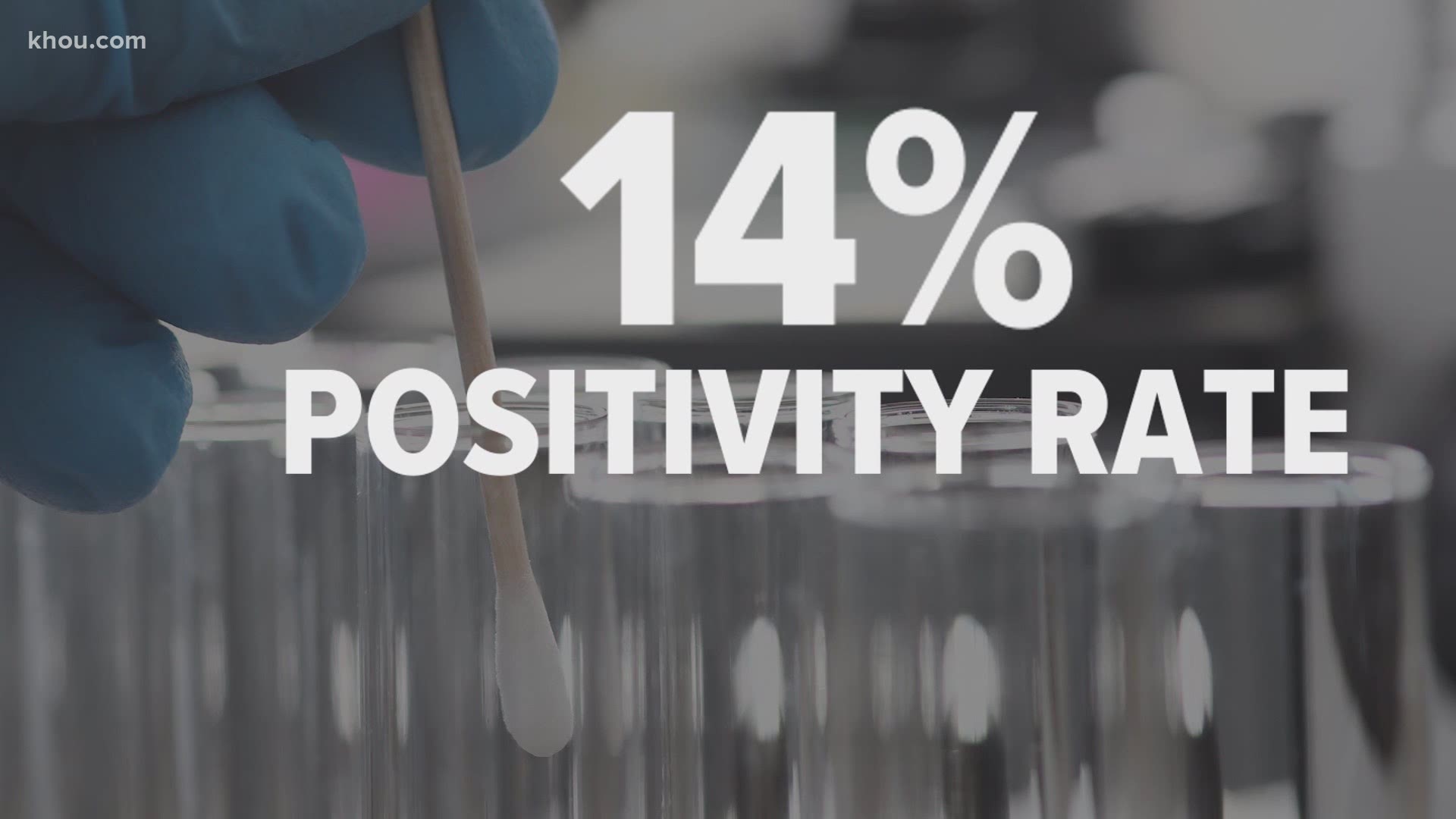 HOUSTON — For the sixth day in a row, Texas reported more than 5,000 new cases of COVID-19. Houston is now a national hotspot.

"We have to move quickly to blunt this," said Mayor Sylvester Turner.

The positivity rate is now 14.3% in Texas and 11% in the Houston area. Harris County remains in red alert. County Judge Lina Hidalgo encouraging residents to stay home, but local leaders have no real way of enforcing it. Their hands tied by Gov. Greg Abbott.

"I call it 'operation cake and eat it'," said Dr. Peter Hotez. "They want to open the economy and save lives and who wouldn't want to do those two things, but the question is, if the way they're doing it will achieve those goals. I haven't seen evidence that it's a viably strategy."

Hotez says shutting down bars and encouraging masks will not be adequate to stop the spread. Any potential impact would not be seen for week weeks. That's also when deaths could increase too.

"It's very difficult to put the genie back in the bottle when you already let it out," said Turner.

"There's no magic solutions coming down the pike," said Hotez.

But we do know what works because it worked in Houston in April. Houston was a model for the nation until the state reopened in May.

"We opened up the state too early, and we didn't put in enough belts and suspenders to do it properly," said Hotez.

And with cases surging last Friday the Texas Medical Center abruptly stopped sharing hospital capacity data online with the public. Mayor Turner confirming today he hadn't been provided with that data either for several days.

"Right now when numbers are surging in the wrong direction information is extremely important, we need to be transparent as much as possible," said Turner. "People need to know."

Mayor Turner told KHOU 11 News he's had conversations with folks in the TMC and he expected that data to again be readily available for everyone starting tomorrow morning.