The coronavirus cases were recently discovered at a Archdiocese of Galveston-Houston retirement facility, officials there confirmed Monday. 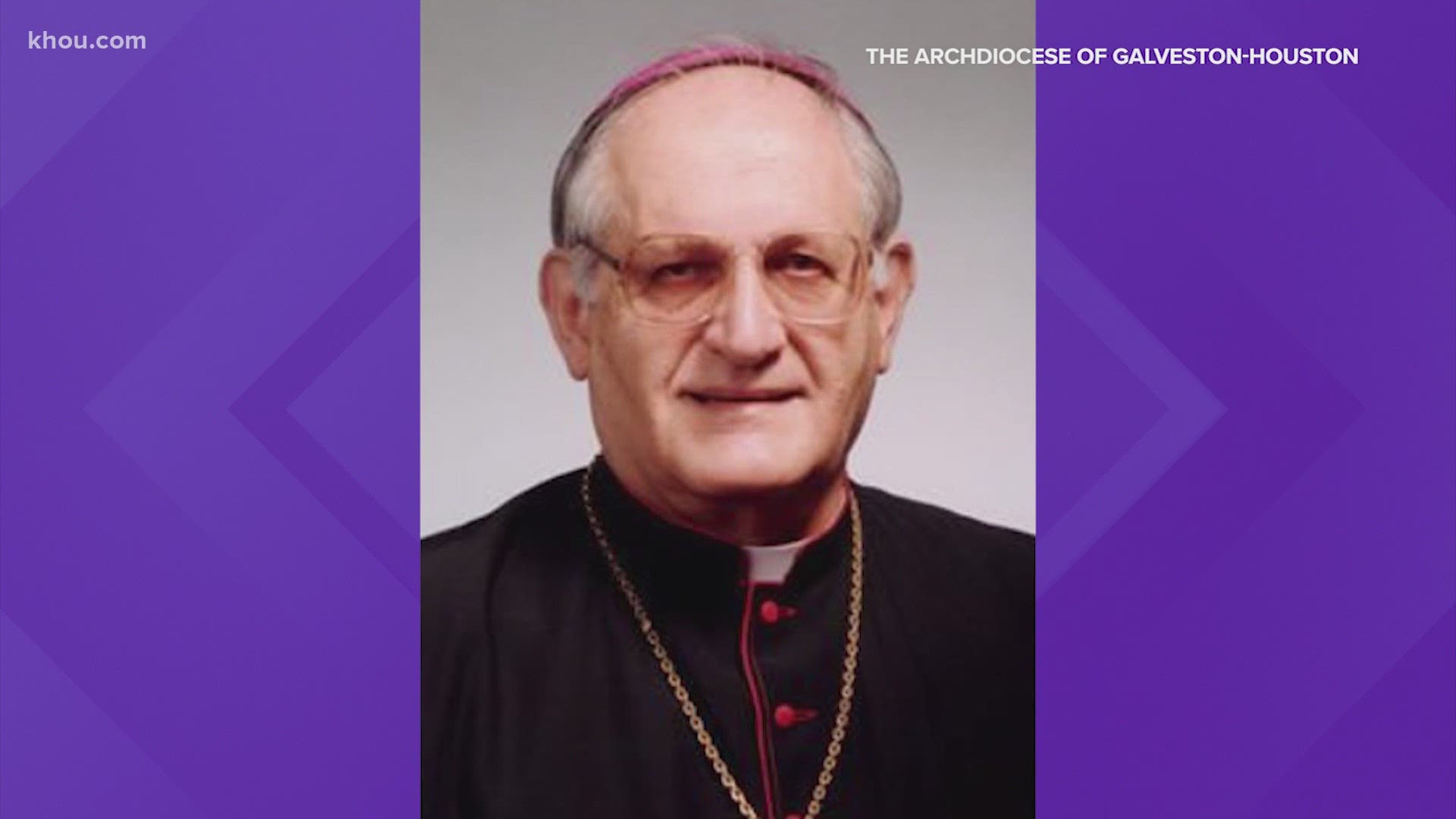 HOUSTON — Archbishop Emeritus Joseph A. Fiorenza, three other retired priests and two workers at a retirement facility have tested positive for the coronavirus recently, The Archdiocese of Galveston-Houston confirmed Monday morning.

The Archbishop Joseph A. Fiorenza Priest Retirement Residence is home to 18 retired priests, according to the archdiocese.

“Shortly after learning that a staff member of the food service contractor, as well as an independent caregiver, both tested positive for COVID-19, all of the priests living at the Retirement Residence and its employees and contractors were tested last week for the virus.”

The retirement facility discovered four of the residents, including Archbishop Fiorenza and Auxiliary Bishop Vincent M. Rizzotto had tested positive.

“Of the remaining 14 priests who were tested, 12 tested negative and two are still awaiting their results. None of the four testing positive have developed serious symptoms. All the priests have been directed to self-quarantine in their rooms for 14 days,” stated the archdiocese. “We ask that you please pray for all those impacted by COVID-19, and in particular for all of our priests.”

RELATED: Where you can get a free coronavirus test in the Houston area and nearby counties

RELATED: What are the coronavirus symptoms?

Source: The Archdiocese of Galveston-Houston

Archbishop Emeritus Joseph Anthony Fiorenza was born Jan. 25, 1931 in Beaumont, Texas. The son of immigrant Italian parents, he was the second of four children born to Anthony and Grace Fiorenza.

Credit: The Archdiocese of Galveston-Housto
Archbishop Emeritus Joseph A. Fiorenza

Archbishop Fiorenza graduated from St. Anthony High School in Beaumont on May 29, 1947. He began studies for the priesthood in 1947 and was ordained a priest for the then-Diocese of Galveston-Houston on May 29, 1954.

Following ordination, he served as an assistant pastor in Houston for three years, and then became the professor of medical ethics at Dominican College and chaplain of St. Joseph Hospital in Houston. From 1959 to 1967 he was the administrator of Sacred Heart Co-Cathedral. He was pastor of several churches from 1967 to 1973, when he was named chancellor of Galveston-Houston.

St. Pope John Paul II named him the Bishop of San Angelo on Sept. 4, 1979 and he served in that West Texas diocese until 1985, when he was named the Bishop of Galveston-Houston, an archdiocese which now has more than 1.7 million Catholics and is the fifth largest diocese in the United States. He became Galveston-Houston's first Archbishop on Dec. 29, 2004.