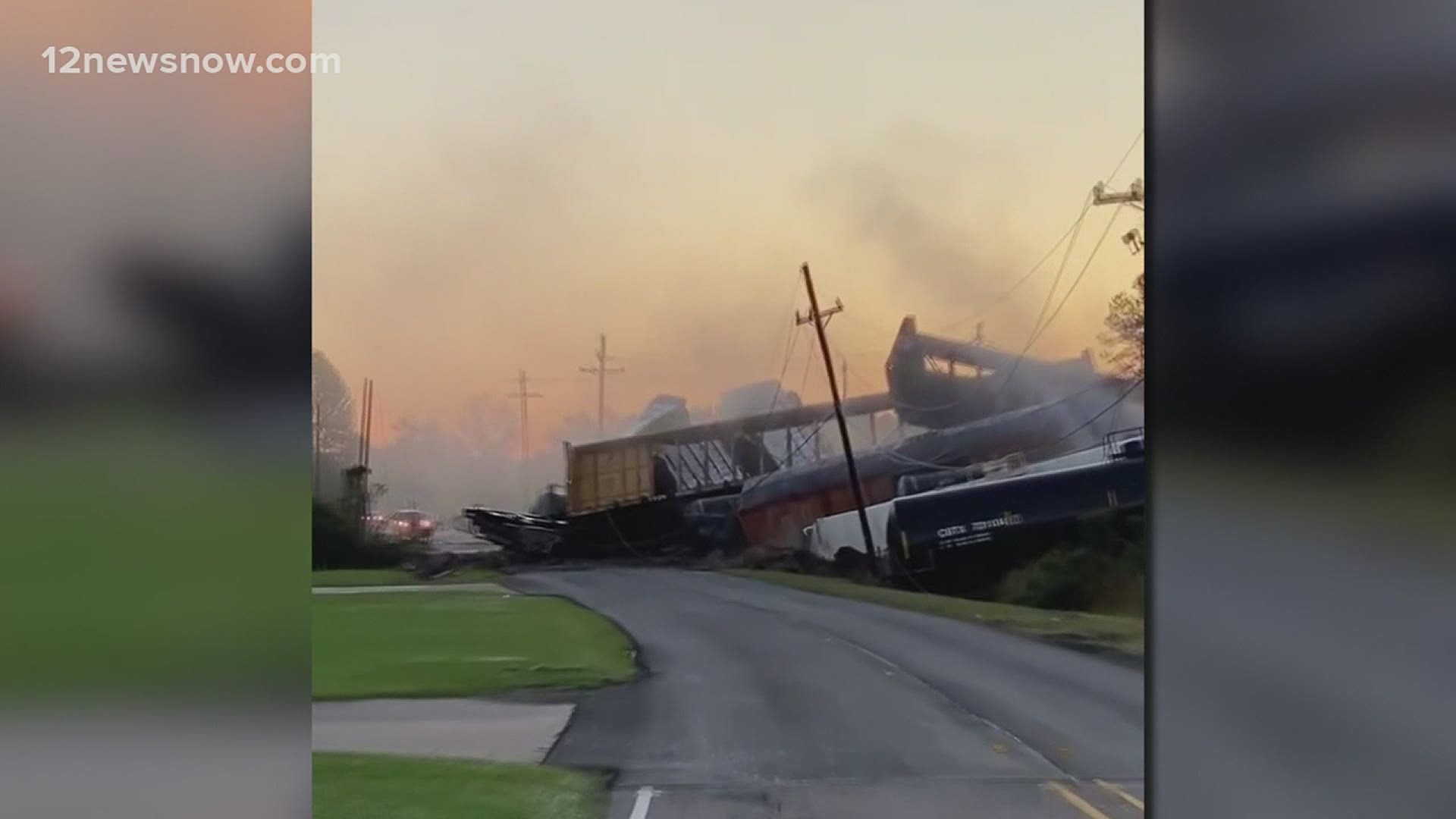 MAURICEVILLE, Texas — Officials are allowing some residents to return home after an evacuation was called following a train derailment in Mauriceville on Thursday morning.

Residents within a mile radius of the accident, along with two school campuses, were evacuated after five rail cars were found to be leaking.

A Kansas City Southern train derailed at about 7:30 a.m. along FM 1130 in Mauriceville according to a news release from the Orange County Office of Emergency Management.

The derailment involved 25 rail cars, including 15 loaded cars and 10 empty ones, the release said.

Five tank cars were breached with four leaking a petroleum product that “that did not represent a risk to the general population."

The fifth leaking tank car was carrying a “corrosive product that is being contained.”

Deputies and firefighters responded to the scene near the intersection of Texas 62 and FM 1130 in Mauriceville just after 7:30 a.m.

A hazmat crew was working along with deputies and firefighters from Mauriceville Emergency Service District 4.

The evacuation radius has been reduced to the area of FM 1130 at Len Drive, east to Morvant Road. Highway 62 from Highway 12 south to FM 1078 will be closed too according to county officials. Anyone living in that area is asked to stay out while hazmat cleanup continues.

Derailed cars were visible in the area tipped over along the track as well as on top of each other.

The Texas Commission on Environmental Quality told 12News it is working with local authorities to help 'assess impacts, provide support and serve as a resource.' The group said it is also monitoring the air in the area 'using handheld equipment.'

Orange County Judge John Gothia said the air checks are being made each hour. He said at last check, the air quality was good.

Gothia said officials will keep monitoring conditions to make sure there aren't any hazardous chemicals in the air.

He said he anticipated people might be able to return home sometime Thursday evening.

The derailment damaged Entergy power lines in the area and at one point 2200 customers in the area were without power according to an Entergy spokesperson.

Officials anticipate power could be back on by 10 p.m. Around 140 customers who had their power restored earlier in the day will experience a brief outage later this evening as crews work to safely make repairs. The outage shouldn't last more than 10-15 minutes.

As a precaution everyone within a mile radius of the derailment was asked to evacuate the area by the Orange County Sheriff’s Office.

No injuries were reported following the incident, which affected approximately 600 residents.

Students at the nearby campuses of Mauriceville Elementary School and Mauriceville Middle School were evacuated by buses to the Little-Cypress-Mauriceville High School according to district spokesperson Sherry Combs.

Combs said parents were asked to pick up their children at the high school.

High school students living in Mauriceville who cannot get to the school on their own must attend virtually. Buses won't run routes on the Mauriceville side of the district. Little Cypress campuses and bus routes will operate normally.

People are being asked to avoid the area of the derailment according to the sheriff's office.

Kansas City Southern is working with local and state agencies to clean up the spilled products.

The responsible party has hired a contractor to conduct air monitoring and TCEQ emergency response staff are also conducting air monitoring using handheld equipment in the area around the derailment site. TCEQ staff will also assess the area for other impacts and will address accordingly. The response is ongoing." 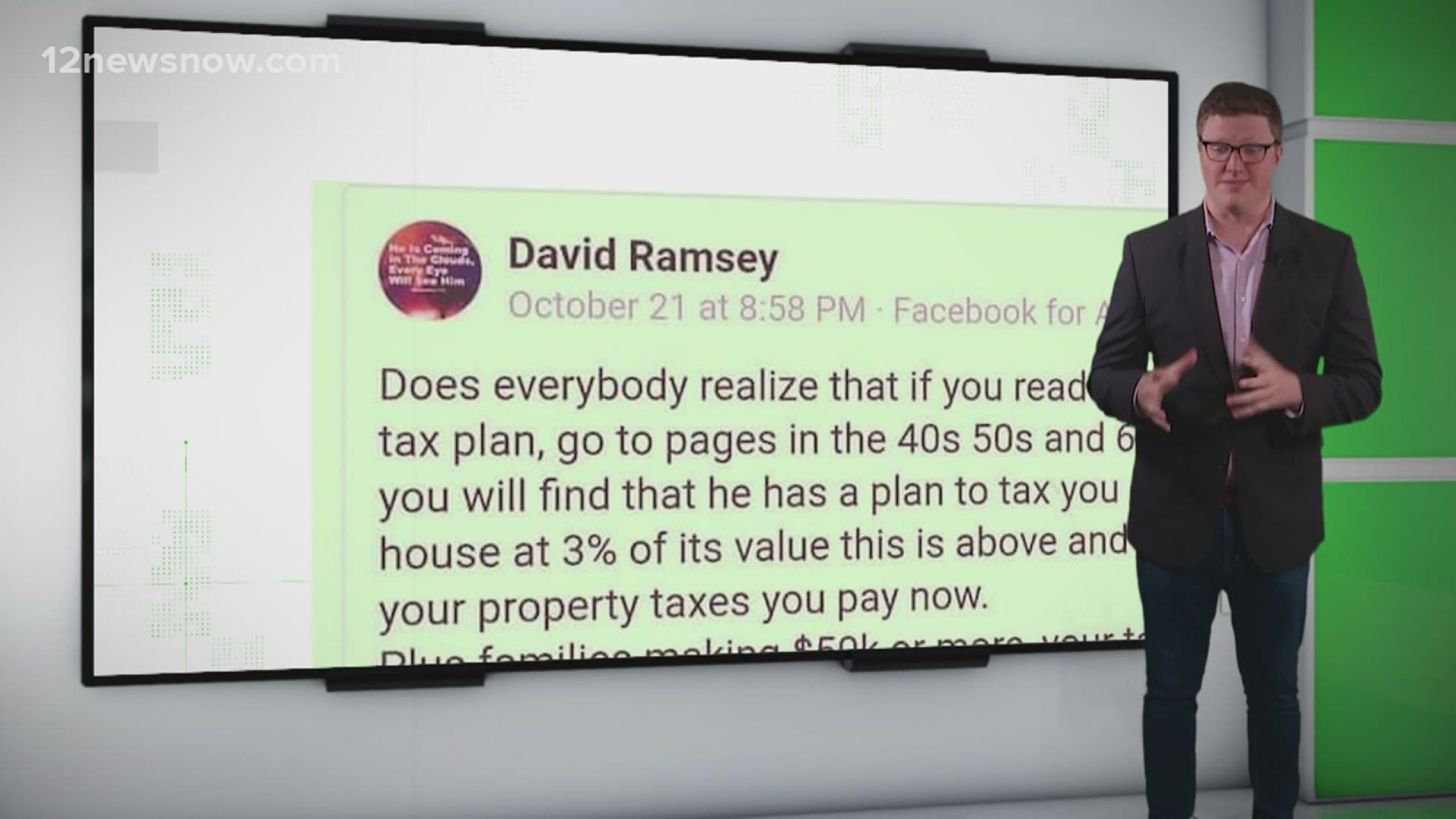