Crews have been working around the clock to clear the tracks. Now they're almost finished. 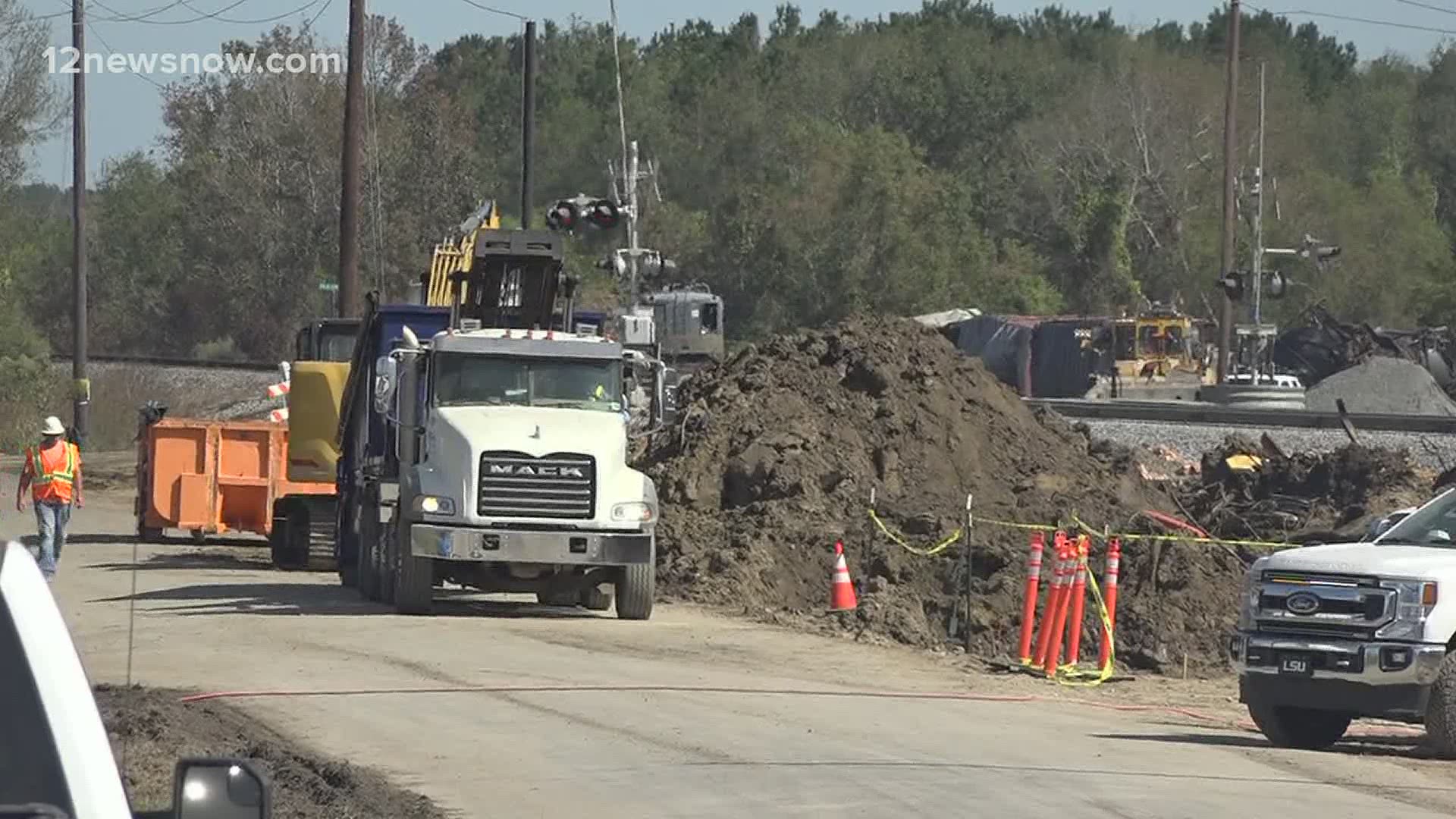 ORANGE COUNTY, Texas — Eight days after a train went off the tracks in Mauriceville, officials said the site will soon be cleared.

Crews have been working around the clock and now they're almost finished. By the end of next week, cleanup at the derailment site could be completely finished.

The derailment site was a calmer scene today than earlier this week, as cleanup crews removed all but one railcar that still needs to be cleaned out and decontaminated.

Orange County emergency management coordinator Joel Ardoin said officials are working on getting the road back open as soon as possible.

"They're going to finish that operation up this evening," Orange County Emergency Management Coordinator Joel Ardoin said. "And next week, the scrap company will come in and begin their scrapping operation."

Moving the railcars is only part of the cleanup process. There is still contaminated dirt and soil that needs to be inspected and moved out of the area.

"They're excavating that out, it's being put into frack tanks and then hauled out of the area," he said. "They'll come back in and replace that with the clean dirt once it gets down past where that product had leaked down into the soil."

Most roads near the crash site are back open, however FM 1130 next to where the train derailed remains closed off to traffic.

"Once that car gets moved, and once there's not the big machinery in there anymore, then I think we'll be able to open the road back up to through traffic and they will be able to continue their environmental cleanup without having any conflicts there," Ardoin said.

FM 1132 could reopen as early as tomorrow, but it's more likely to open back up next week, he said.

The federal railroad administration is investigating the derailment while Kansas City Southern, who owns the train, will pay the cleanup costs.

The cause of the train derailment is still being determined by the Federal Railroad Administration. Ardoin said investigators told him they do not suspect any negligence or operator error.