Forced in isolation at home, sexual assault survivors are most likely living with their perpetrator. 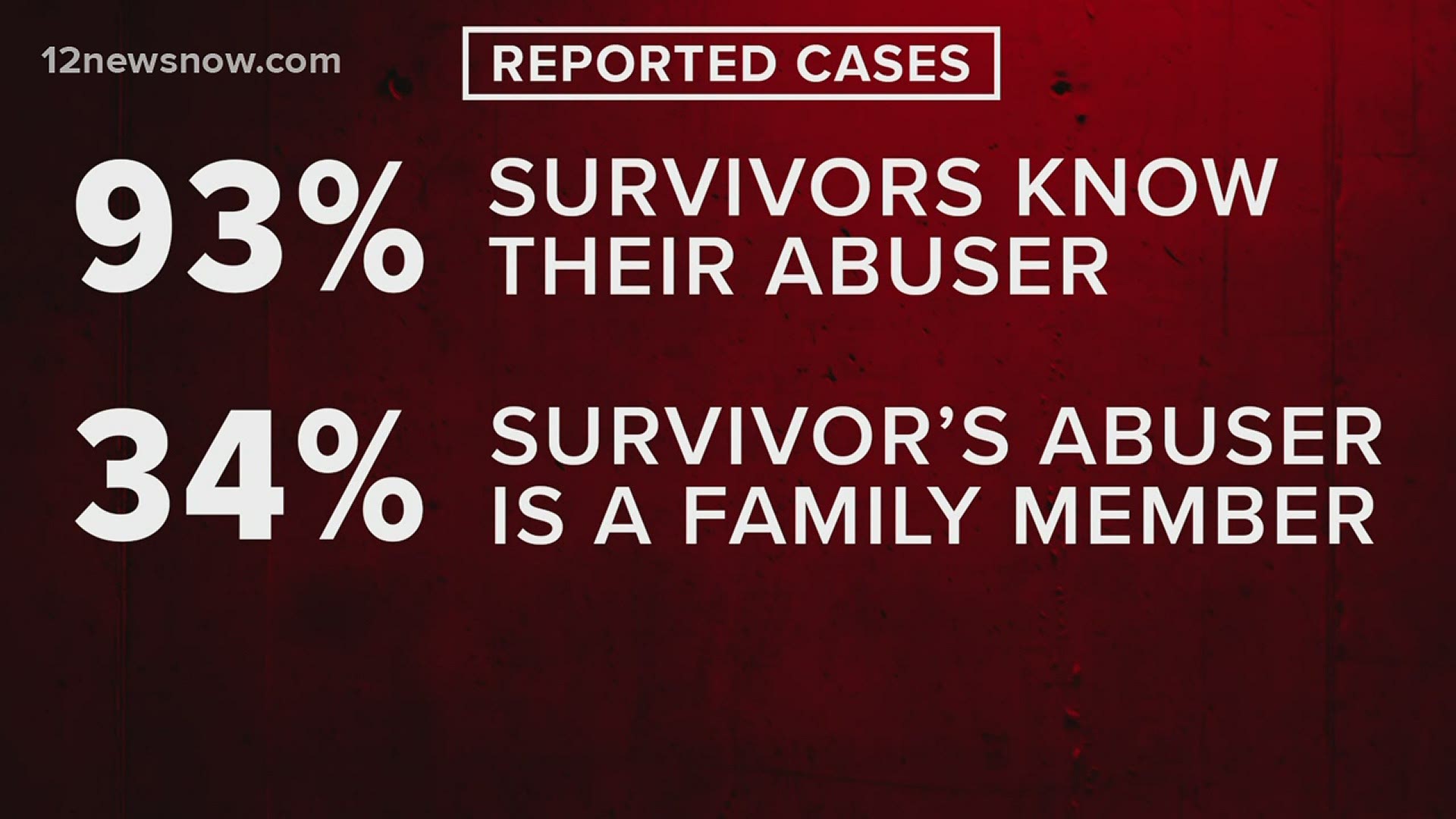 BEAUMONT, Texas — In Jefferson County alone, the number of rape kits performed on children has risen by 72 percent.

The National Sexual Violence Resource Center found that sexual assaults are more likely to happen during natural disasters and state of emergencies like the pandemic.

Forced in isolation at home, sexual assault survivors are most likely living with their perpetrator.

“The perpetrators have more time with the children now,” said Liz Woods, executive director of CASA of Southeast Texas, Inc.

According to the Rape, Abuse & Incest National Network, out of reported cases 93 percent of survivors know their abuser and 34 percent are family members.

“Children are more vulnerable in their home than they would be if they were in school,” Texas sexual assault specialist Rick Gipprich said.

Why are these types of crimes more likely to happen during the pandemic?

“Job loss, increase substance use, all of the anxiety that the pandemic has created,” said Laura Palumbo with the National Sexual Violence Resource Center.

“You look at all of the duress that people are under and it leads to criminal activity. It's a risk factor for violence perpetration,” Gipprich said.

During quarantine, sexual assault cases in Jefferson County were low but not because it wasn't happening.

“They may also be under the surveillance or observation of the person who's abusing them. They may share a computer or technology with that person or that person may restrict their access to technology,” Palumbo said.

The pandemic also likely made survivors more reluctant to go to the hospital for forensic exams.

And they weren't able to receive some services because most agencies weren't functioning in their normal capacities.

Advocates say to check in with your loved ones more often and make sure to provide them with as many resources as you can.