The company initiated a lockout of USW workers as of 10 a.m. Saturday morning, according to the release. 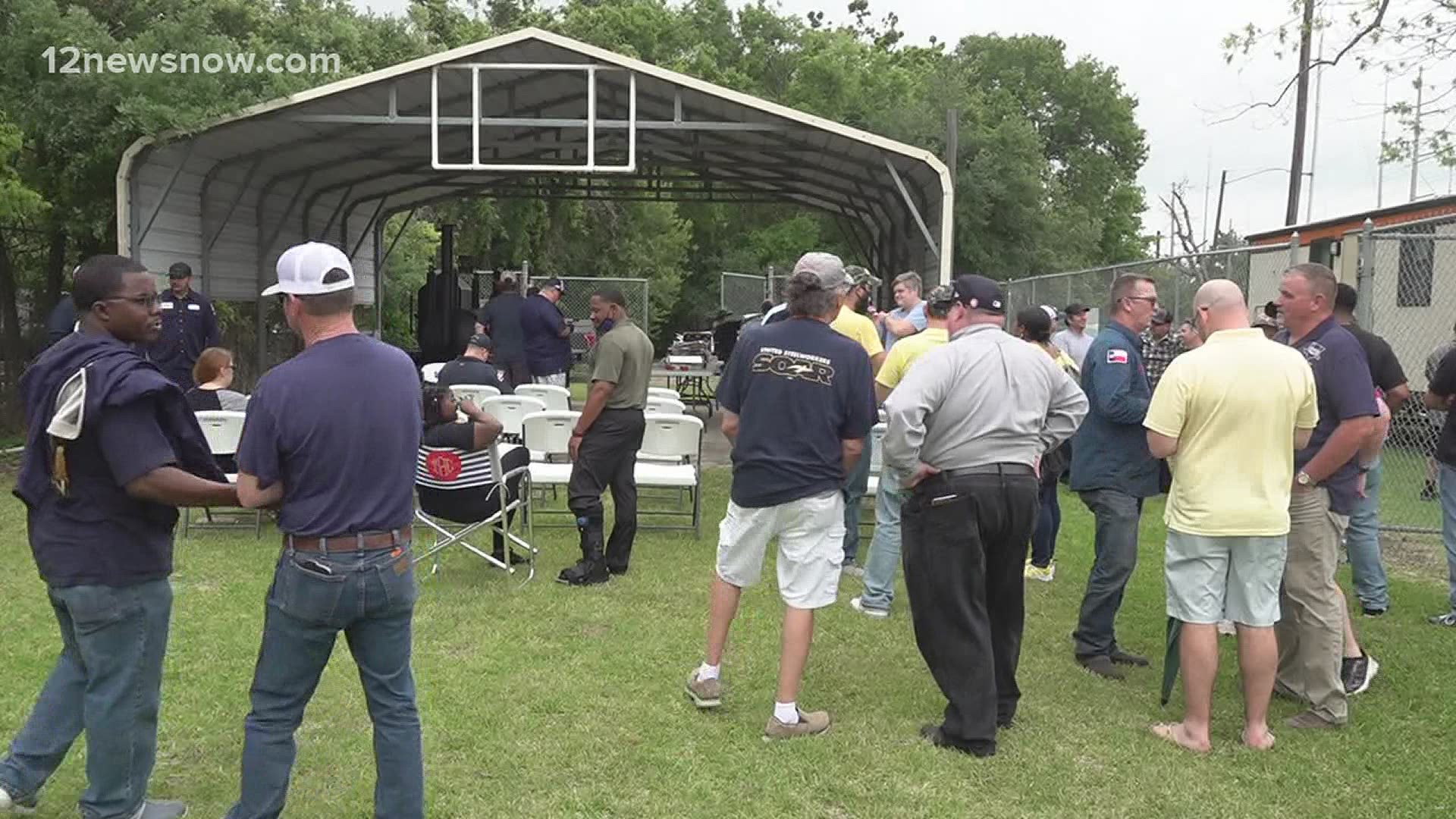 BEAUMONT, Texas — Hundreds of workers at ExxonMobil are locked out of the plant until further notice after the energy giant failed to reach a deal with the United Steelworkers union.

ExxonMobil released a statement Friday night saying the company is "disappointed negotiations broke down" and "the lockout will continue until the Union accepts the Company’s current offer or the parties otherwise reach agreement."

The company initiated a lockout of USW workers as of 10 a.m. Saturday morning, according to the release.

“It’s deeply disappointing that ExxonMobil would take such a drastic step and keep its dedicated workforce off the job when our only goal throughout this whole process has been to bargain a fair agreement,” USW Local 13-243 President Darrell Kyle said in a Saturday afternoon statement.

Prior to the Saturday morning lockout, an uncertain future brought supporters and members of United Steelworkers local 13-243 chapter together for a rally Thursday evening.

"Please pray for our membership, we need all the prayers we can get," staff representative with the USW international union Richard Landry said.

Union members and supporters came armed with signs to show their disapproval with Exxon’s decision to issue a lockout as the deadline looms.

"When our workers are impacted, it impacts our entire community," union supporter Ava Graves said.

Their hope is that their Thursday night rally will push ExxonMobil to end a lockout that is set to go into effect Saturday.

"All we want is our crumbs, we just want a fair shot," union supporter Jeremy Paclich said.

So how did we get here?

The union and the company have been trying to agree on a new contract since January. With negotiations stalled, ExxonMobil issued a lockout last week that could leave nearly 650 union members unemployed starting Saturday, May 1.

"What were we're trying to do right now is to focus on building proposals that move closer to the company so that we can try to get them to agree to a new agreement," Landry said.

In a statement provided to 12News, ExxonMobil said in part that they have been "actively engaged in good-faith negotiations" and that they hope to have this resolved soon.

So what's the biggest sticking point?

If you ask the union, it's health and safety. Landry said part of the reason why they have not agreed to any proposals is that they are still pushing for what's best for members.

"We've had to go through the pandemic. We've had a couple hurricanes. We've had the ice storm. Our guys have done what was necessary to keep this plant up and running," Landry said.

"We feel confused about the proposals that the company has on the table today. It's very confusing for the membership because they’re saying, 'I give, I give every day, and now when we want a new agreement this is where we are,’" Richard "Hoot" Landry said.

Since the union has not allowed employees to vote their offer, talks have stalled, and a spokesperson says they are prepared for a lockout.

We have one final update tonight. At the conclusion of our 7pm meeting this evening, the Union asked to meet again tomorrow morning (May 1) to bargain. The Company requested to continue meeting throughout the night, in an attempt to come to an agreement prior to Saturday’s planned lockout.

Tonight, the Company waited at the plant for 3.5 hours before the Union provided notification via email that they would not be available to bargain again until Monday, May 3.Tomorrow at 10 a.m., the Company will initiate a lockout of USW represented employees.

We are disappointed negotiations broke down. We will keep you updated on any developments. Again, the lockout will continue until the Union accepts the Company’s current offer or the parties otherwise reach agreement

The USW today condemned ExxonMobil’s decision to engage in an unfair labor practice lock out impacting more than 650 members of USW Local 13-243 in its Beaumont, Texas refinery and blending and packaging plant.

“It’s deeply disappointing that ExxonMobil would take such a drastic step and keep its dedicated workforce off the job when our only goal throughout this whole process has been to bargain a fair agreement,” said USW Local 13-243 President Darrell Kyle. The local began bargaining a new contract with ExxonMobil on Jan. 11.

On April 23, the company provided written notice of its intention to lock out workers starting May 1 unless they accepted a proposal which included major changes impacting members’ safety, security and seniority. Contrary to this notice, management began escorting workers out of the blending and packaging plant the evening of April 30.

“Our members deserve to stay safe on the job, and having skilled, experienced workers operating our facilities keeps our community safe as well,” Kyle said. The USW urged the company to end its unfair labor practice lock out quickly and come back to the bargaining table so the two sides could continue negotiating.

“Over the past year, the company was perfectly willing to tell us we were essential as we performed our jobs through the Covid-19 pandemic, hurricanes, floods and most recently an unprecedented freeze,” Kyle said. “Now, it’s rewarding our hard work and sacrifice by forcing us off our jobs.”