The City of Beaumont is not turning off residents' water, officials said Tuesday, only asking for residents to limit water use. 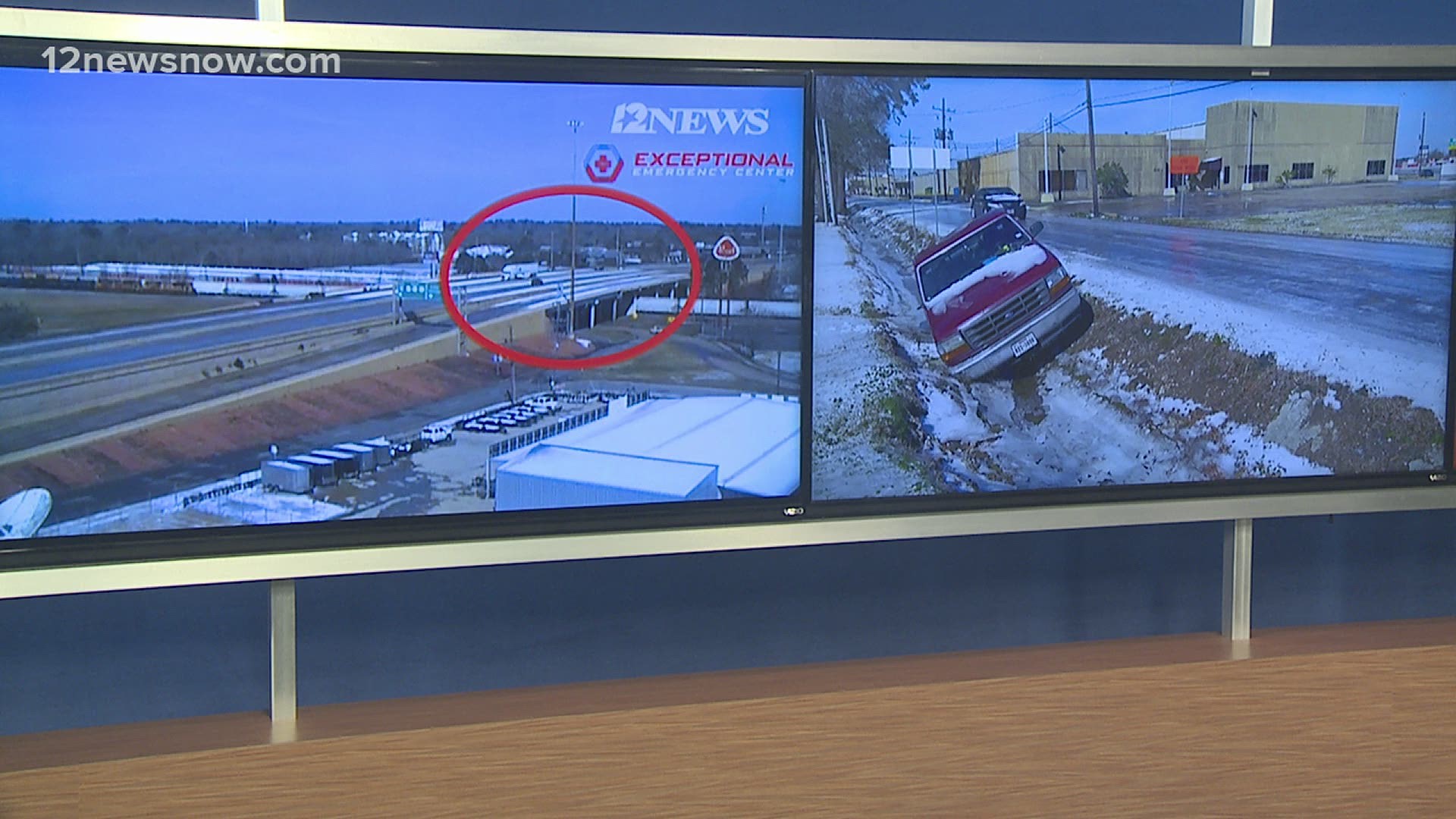 The City of Beaumont is not turning off residents' water as of 2 p.m. Tuesday, Feb. 16, only asking for residents to limit water use.

Very few water line breaks have been reported so far, but the breaks that were reported are large, Beaumont Police Officer Carol Riley said.

"If a line breaks, they may need to cut it off while they repair it, but no one's water is being turned off as a rolling outage," Riley said.

Frozen pipes thawing will be more likely to break, which can waste water if the line to a residence is not turned off promptly, Riley said.

"The water system is functioning well and pumping more than the normal flow of water," she said. "Water lines have been freezing all night, and many customers are reporting frozen pipes."

People can still drip water to stop pipes from freezing, but the city is asking people not to do large loads of laundry, take baths or anything else that uses large amounts of water, Riley said.

Turning off water near water line breaks is important to stop water from being wasted, she said.

"There is a rumor going around that the City of Beaumont has experienced a major water main break and will be turning off the water to the City to make repairs," he said. "This is false information.

"There are a few small six inch lines in the South End that have broken and they are being addressed. The City is not turning off the water."

The City of Beaumont issued a boil water notice along with Nederland and Kountze due to low water pressure caused by water line breaks from severe winter weather and freezing temperatures at the direction of The Texas Commission on Environmental Quality.

Anyone who sees a water line break should report it by calling Beaumont 311 or (409) 980-8311, she said. If the break is on the resident's side of the meter, the resident needs to turn off the water to their home, or they will be charged for the water use.

Riley said customers with water line breaks should cut off their water as soon as possible at the meter and call 311 if they are not able to shut their water off.