Two killed in Thursday wreck along Texas 62 in Orange County

At least one person has died in connection with the wreck 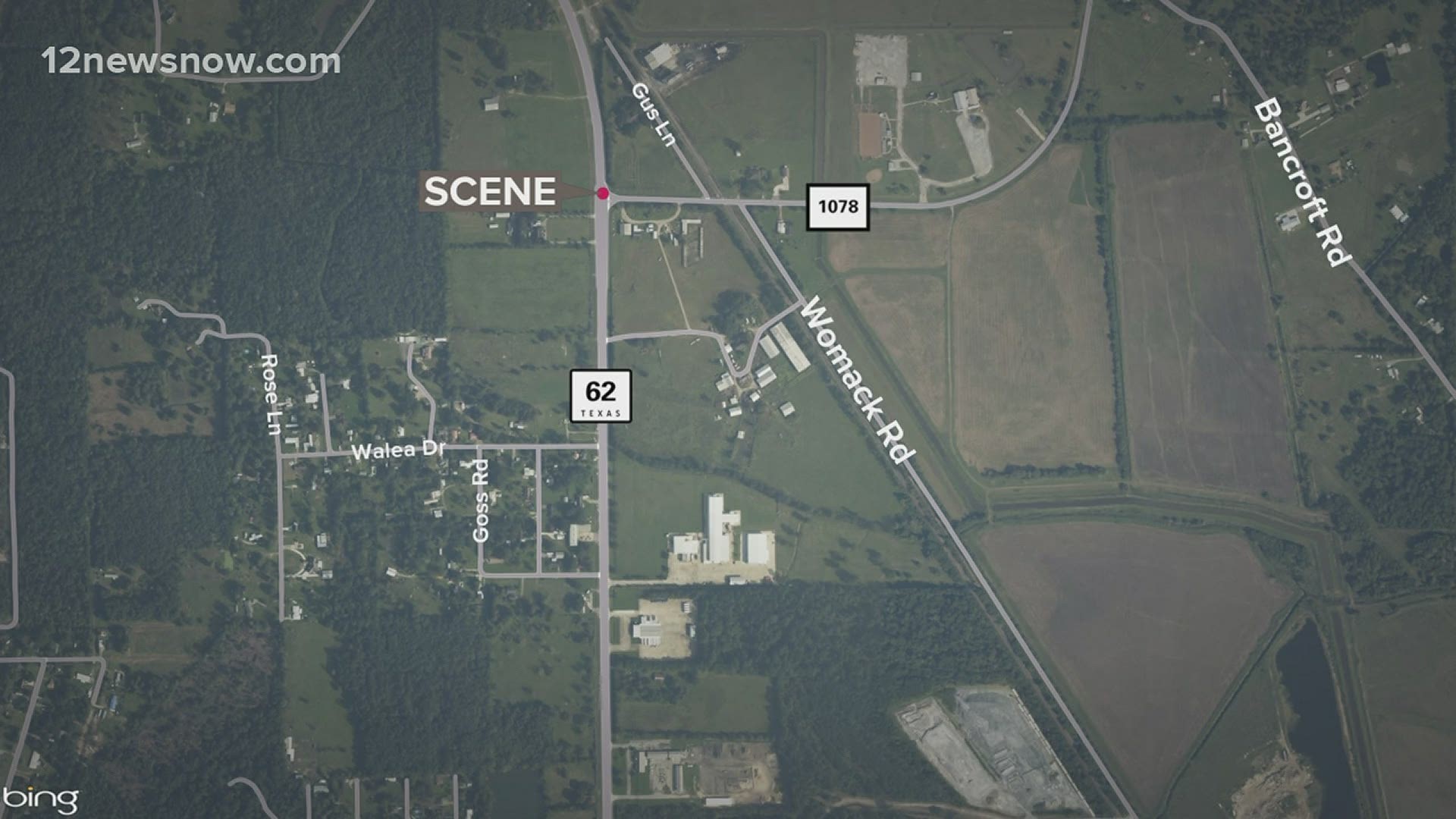 The driver of a northbound Chevrolet Impala, Summer Nichols, 18, of Orange County and a passenger, Starr Jeanise, 21, of Orange, were both killed Thursday when the car was struck head-on by a Ford pick-up headed southbound according to an Orange Police Department spokesperson.

HELP | GoFundMe set up for family of women killed in wreck

The wreck shut down Texas 62 in both directions north of FM 1078 while Orange Police officers and Texas DPS troopers investigated the wreck.

The Impala was traveling north on Texas 62 behind a Chevy pickup truck when the wreck happened the spokesperson said.

A Ford pickup traveling south began to hydroplane sideswiped the Chevy pickup and then struck the Impala head-on according to the spokesperson.

The driver of the Ford truck was taken by ambulance to a Southeast Texas hospital.

An air ambulance had been dispatched but the helicopter was not able to fly due to the weather.

The accident is being attributed to the weather due to the hydroplaning on the Ford truck.