A public affairs professor said while Tuesday night was disappointing for Texas Democrats, it wasn't a shock 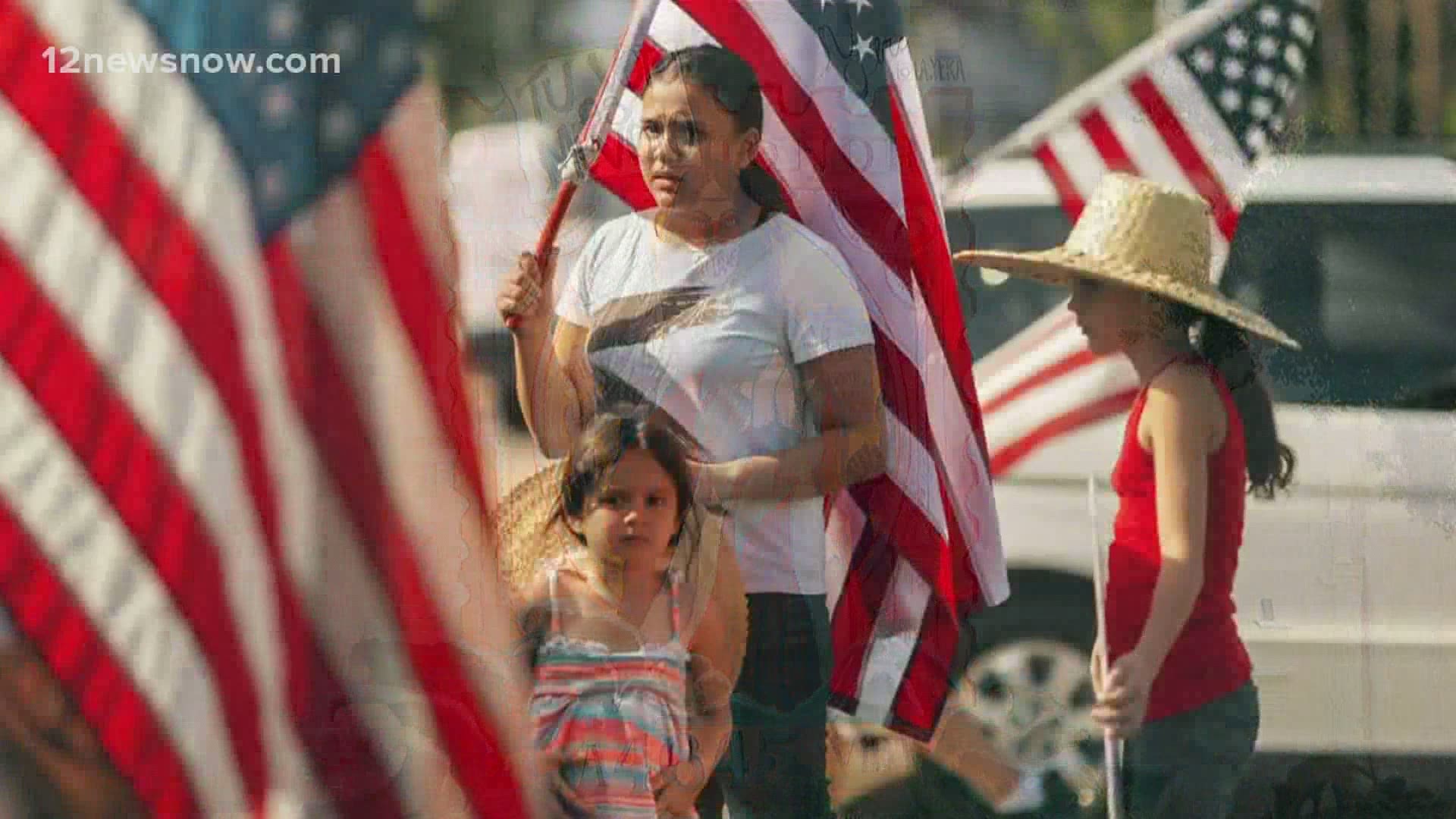 BEAUMONT, Texas — One political expert said turning blue was possible, but a stretch. When it comes to the Latino vote, it's important to look at the people voting instead of the demographics.

"I think it's fair to say that last night was a disappointing night for Democrats in Texas," Greenberg said.

Hopes to turn Texas blue once again fell short on Nov. 3. Professor Sherri Greenberg at The University of Texas at Austin Lyndon B. Johnson School of Public Affairs said it wasn't much of a surprise.

What is surprising to Greenberg is how well President Trump performed in heavily Latino populated southern Texas counties.

"Clinton carried the Latino vote, Hillary Clinton in 2016, by 27 percent. Last night, Biden only carried it by 19 percent. That's a big difference, that decrease," Greenberg said.

Zapata County is one example. There, the population is 95% Hispanic or Latino. Trump won 52 percent of the voters.

"Demographics do not vote. People either do vote or do not, and you have to look at who's voting and who they vote for and why," Greenberg said.

Diana Gomez is the advocacy manager for Progress Texas. It's a non-profit that works to increase engagement among voters.

"I think that what we're seeing is that the Hispanic community is a conservative community in nature," West said.

He said they were also able to directly address the Latino communities principles and values.

"We'd talk to them about their Christian faith, and their strength in family, their belief in individual responsibility, and quality education for their children," West said.

Meanwhile, Gomez and her campaign efforts shifted the focus to younger Latino voters.

"If you have young Latinos in your family, make sure that they are registered to vote, because they are part of that big block that has so much power that is a part of that big Latino vote in Texas that needs to be represented," Gomez said.

Both parties say they plan to keep the momentum going.

Professor Greenberg did reiterate the growing population is mostly Latinos and Asian Americans. For future elections, both parties say it's important to not look at the demographics as a collective, but instead as individuals with individual beliefs.

President Donald Trump has won Texas in his presidential bid against Democratic candidate Joe Biden, maintaining the Republican stronghold on the state. https://t.co/aXw65EdhMk