If you want to help teens in foster care have a great prom, you might find just the way to do it in your closet or jewelry box 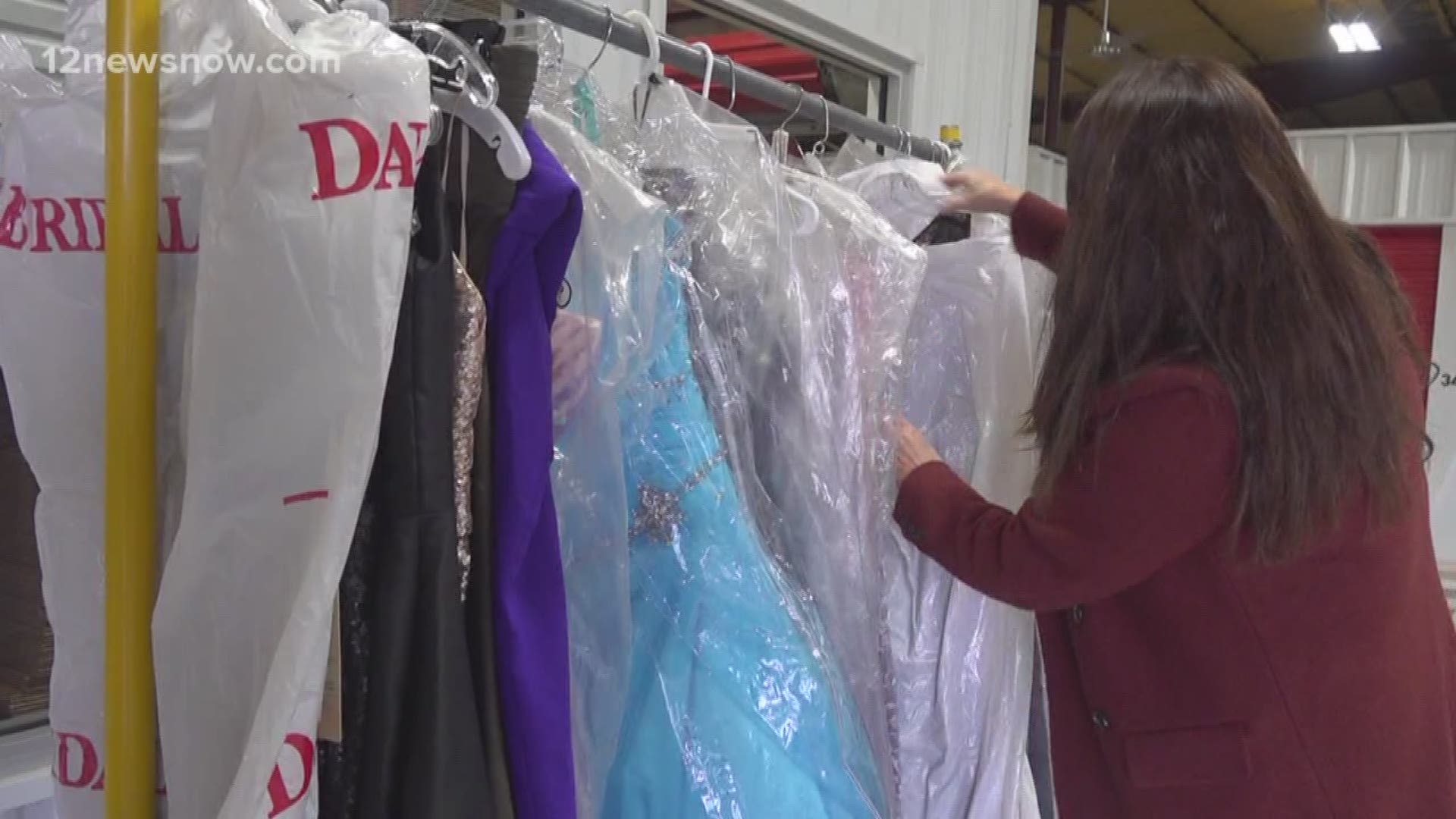 BEAUMONT, Texas — For most teenage girls, picking out the perfect prom dress is an experience like no other. But for those in foster care, it doesn't always seem possible.

Shari Pulliam says each year before prom season,Child Protective Services makes sure that's not an issue for teens in foster care in Southeast Texas.

"I found out that our kids weren't going to prom and I asked why, and it's because they didn't have a dress," Pulliam said.

Every year, they do a special prom event just for the teens in foster care at The Courtyard in Groves. While the guys are getting ready with some help from the Beaumont Junior League, the girls get to pick out a dress, shoes, jewelry and even have their hair and makeup done.

RELATED: A night to remember for dozens of teens in foster care

"All they want to do is feel like a normal teenager, you know, just like you and I did in high school, they just want to be part of a group, they want to fit in and they want to go to their prom in style, and that's why we started this prom project 15-years-ago," Pulliam said.

Pulliam started out with about 50 dresses. Over the years, the collection grew to close to 3000, and then Imelda hit. The storage unit the dresses were being kept in at AA Self Storage in Nederland took in almost knee high water, wiping out about half of their dresses.

"There's no way that we have the funds to go out and replace about 1500 dresses that we lost," Pulliam said, "We lost a lot of our long dresses, we had about 15 racks full, and I'm down to four racks now."

Ladies, if you have that formal dress hanging in the back of your closet collecting dust, you know, the one you'll never wear again, Pulliam says these teens could really use it.

This year's prom project is February 29th. Until then, they're asking for dress donations. People can drop them off on the rack inside AA Self Storage in Nederland on Highway 69 Monday through Friday eight a.m. to five p.m., and Saturday from nine a.m. to twelve p.m.

They're also having a dress drive where folks can simply drive up, and someone will come and grab the dress, Friday, February 7th from 10:30 a.m. to 2:30 p.m. at AA Self Storage.

"It's about having them feel supported in their community, have them feel pampered, and I want them to walk out of that prom event on February 29 feeling like the beautiful princess that they are," Pulliam said.

Pulliam says for many, the event is life changing.

"When they leave, I've actually seen lives transformed, I've had so many girls come up to me afterwards and say, 'this is the best day of my life," Pulliam said.

After the teens are dressed and ready to go in their prom attire, the boys meet the girls at the Courtyard.

"Their driven down by the Tri-City Corvette Club to the event, and that's really special, and they think that is just the world, driving up in style to meet, maybe the girl of their dreams, you never know at prom," Pulliam said.

The kids enjoy dinner, dancing and a DJ, and at the end of the night they even crown a prom king and queen.

"That's really exciting, I mean, you would think that they won miss America when we crown that prom queen," Pulliam said.

After the event the kids get to keep everything they wear for their own high school proms. However, Pulliam says sadly, some of them still won't go to the dance.

"What I found out was even though we were providing everything for our kids, they weren't all still going to their own high school proms and that was because they they felt like they didn't fit in," she said.

It's one of the reasons why the night is so special. Pulliam says they need dresses of all sizes and styles, shoes, jewelry, and new make-up to replace what was lost.

RELATED: How you can help give Southeast Texas teens in foster care a great prom

She said they need dresses of all sizes and styles, shoes, jewelry and makeup to replace what was lost.

She said the kids get to keep everything they wear for their own proms, but the girls walk away with so much more.

"When they leave, I've actually seen lives transformed, I've had so many girls come up to me afterwards and say this is the best day of my life," Pulliam said.

If you're interested in donating, the drop off event will be held Friday, February 7, at Double A Storage in Nederland from 10:30 to 2. Donations can also be dropped off anytime during normal business hours until Feb. 28.

Port Arthur, Vidor churches to host 'Night to Shine' prom event for those with special needs