Police say the man was going to the motel to meet a prostitute. He was then bound, sexually assaulted, and robbed before being dropped off in a park 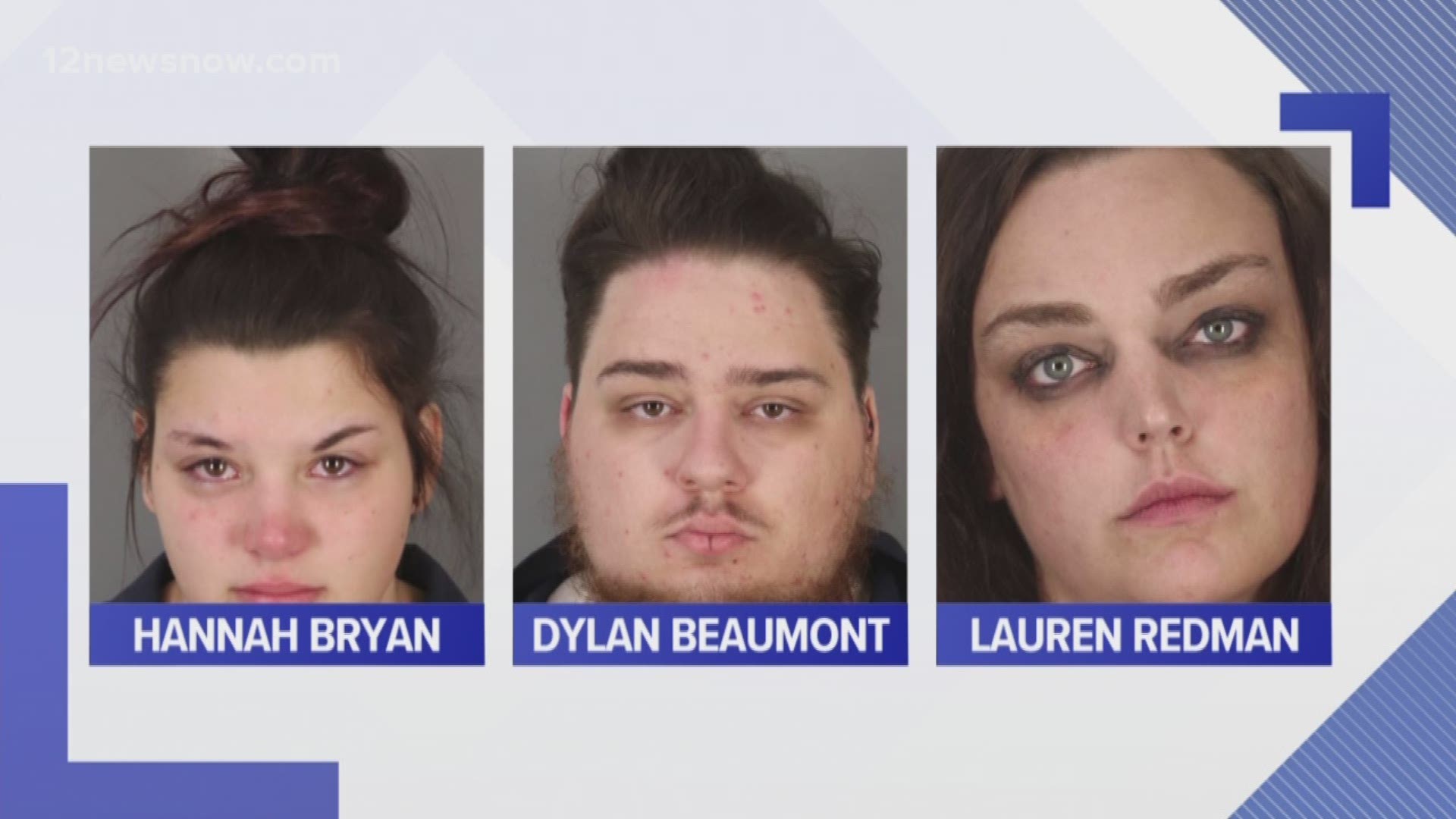 BEAUMONT, Texas — Police are still searching for a fourth suspect after a man was bound, robbed, and physically and sexually assaulted in Beaumont motel room earlier this month.

Hannah Bryan of Lumberton, Dylan Beaumont of Lumberton, and Lauren Redman of Beaumont were all arrested in connection with the crime. They're all charged with aggravated robbery, aggravated kidnapping and aggravated sexual assault according to a Beaumont Police Department news release.

The victim called police just after 4 a.m. on Jan. 18 to report the assault. It happened at Americas Best Value Inn at 1155 IH-10. An officer learned that the victim had used a website to find a prostitute.

Investigators say when the victim arrived, he was confronted by two men and two women. Over the next several hours, he was bound, assaulted, robbed and threatened with death by the four suspects according to police.

Police say the victim was made to get into his own vehicle with the suspects. They dropped him off in a park in the 3900 block of Delaware.

Investigators are looking for Joshua Allen Sees, a 22-year-old transient, as the fourth suspect. The department shared a photo of Sees in an orange shirt, and said he has many tattoos on his arms and hands.

He's wanted on a warrant for the same three charges as those already arrested.

On Saturday, January 18, 2020 at 4:11 a.m., Beaumont Police responded to a call from a victim who wanted to report an assault that had occurred at the Americas Best Value Inn located at 1155 IH-10 N. During the investigation, the Officer learned that the victim had used a website to locate a prostitute. The victim went to the Americas Best Value Inn on the night of Friday, January 17 to meet with the prostitute. Once inside the hotel room he was confronted by two males and two females. Over the course of several hours, the victim was bound, physically and sexually assaulted, robbed, and threatened with death by the four suspects. Eventually, the suspects made the victim get into his own vehicle with them and dropped him off in a park in the 3900 block of Delaware around 4:00 a.m. on January 18. The suspects then fled with the victim’s vehicle.

VERIFY: Can the Wuhan coronavirus spread from surfaces?