Transit workers said they dread coming to work knowing a bus may break down at any minute. 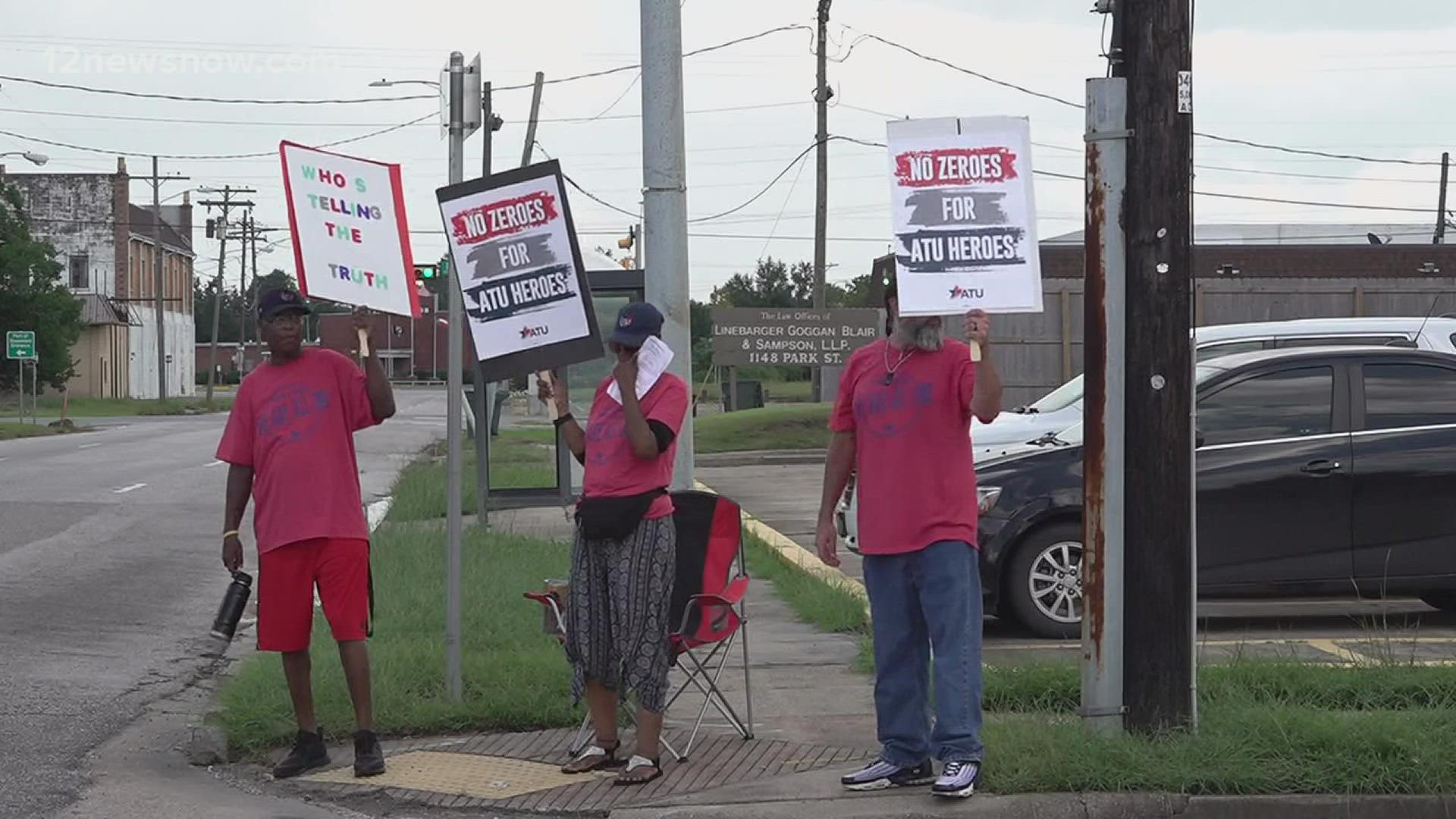 BEAUMONT, Texas — Beaumont transit workers picketed on Sunday to fight for better work conditions, ahead of a possible strike.

Members of the Amalgamated Transit Union Local 1301 have been in contract negotiations with Beaumont First Transit since October of 2020. Transit workers said they are fed up, and they dread coming to work knowing a bus may break down at any minute.

“I hate getting up and putting my uniform on and actually coming to work because it's not safe,” Tiffany Jackson, ATU Local 1301 employee, said. “Something needs to be done. Seriously. Because we're all fed up.”

There are some buses that have been in service since 2008 and many of them are in poor condition and should not be on the road, Amanda Haynes, vice president of the ATU Local 1301, said.

Some transit workers said buses have become dangerous for them and their passengers because they have been breaking down recently, even on the highway.

“We have buses that shut down every day, every day in the middle of the street,” Gustavfia Moore, ATU Local 1301 employee, said. “You don't see too many vans out. That's because they're in the shop. The rain goes in them. It floods inside the vans when it rains, so certain vans they can't even drive.”

Transit workers said that the company does not have  full-time paid mechanic on duty, which puts drivers in a tough spot when buses break down. Workers said they worry about the safety and comfort of their passengers because big buses have cracks in the roofs, engine problems, and A/C issues.

Aside from the buses being in bad shape, Haynes said the transit workers feel they deserve better wages, especially since they worked through the pandemic and put their lives at risk by being around alot of people.

“If we do, you know, contract it again because a lot of us did, we'll be pretty much without pay if we don't have any sick time, because the company is not going to pay for it,” Haynes said. “Some of us already used our COVID time.”

Haynes said first transit's latest contract offer was a "slap in the face," because it was for two years and did not offer transit workers a wage increase for the first year.

In June of 2021, Beaumont city leaders released a statement saying they were, "prohibited from getting involved in negotiations," and doing their best to distance themselves from the ongoing dispute.

More on: June 2021 safety audit revealed 89% of city's buses were unfit for service.

First Transit officials told 12News they was eager to come to terms on a new contract agreement with the workers. The company said the workers want a $1.5 million increase in compensation. The union says it comes down to fairness.