Demarcus Dante Powell, 21, was arrested for aggravated robbery according to police 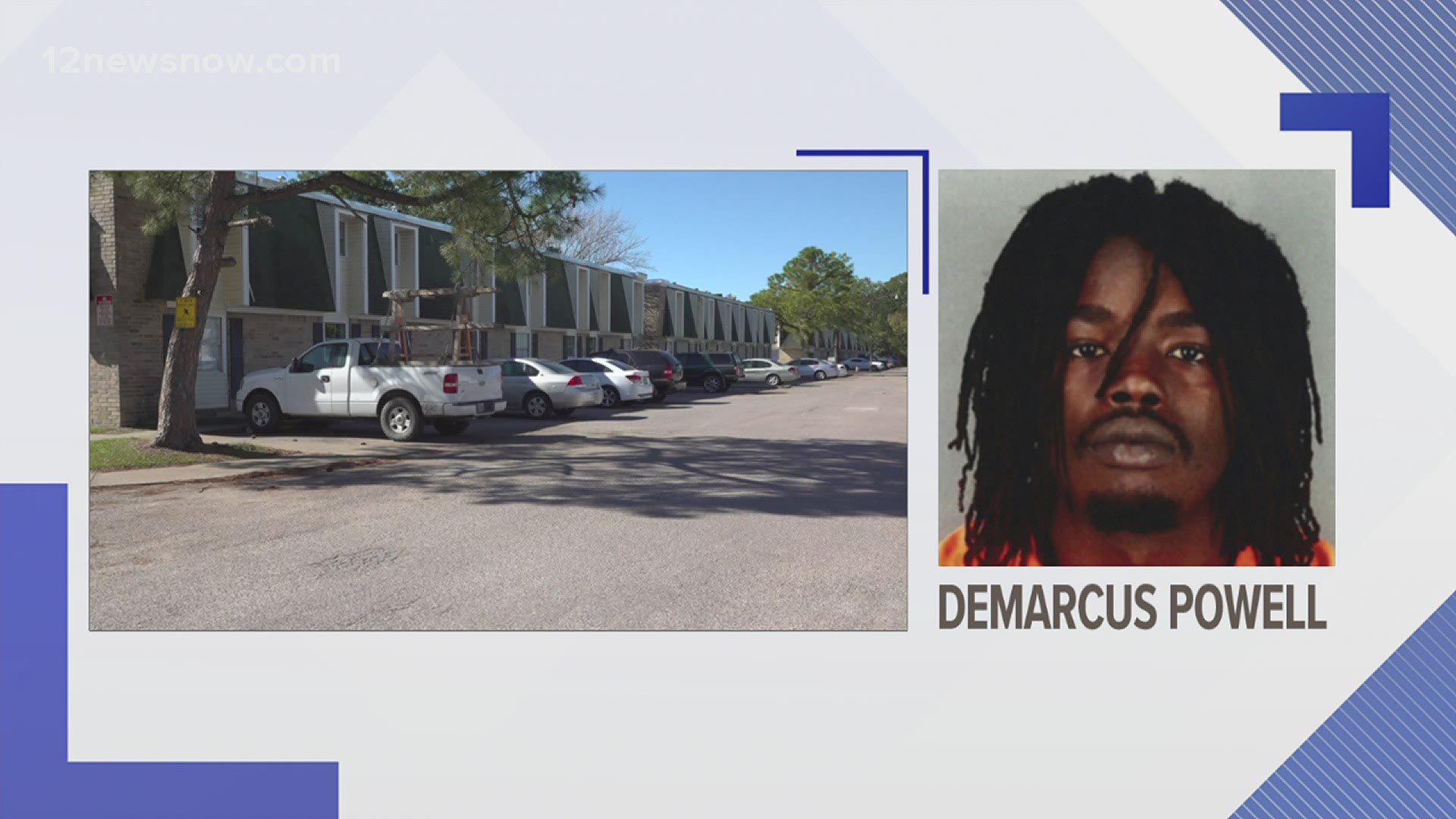 BEAUMONT, Texas — A second arrest has been made after an aggravated robbery and murder in Beaumont on Monday.

Demarcus Dante Powell, 21, was arrested for aggravated robbery according to a Beaumont Police Department news release. Jacory Blue was also arrested in connection with the crime.

Police said the robbery suspects left the scene and headed toward the Timberlake Court Apartments. That's where investigators say a man was killed.

He has been taken to the Jefferson County Jail. Investigators expect to file additional charges against Powell.

On Monday, police said two men jumped in front of a driver on the I-10 feeder road and robbed him at gunpoint. The two took his cell phone and money. Shortly after, a man was shot and killed near the Timberlake Courts Apartments according to investigators.

BPD Detectives have arrested a second suspect in connection with the early morning Aggravated Robbery that occurred just before a Homicide at 125 IH-10 N (Timberlake Courts Apartments).

Detectives have continued to investigate both the Aggravated Robbery and Homicide that occurred in close proximity to each other in the early morning hours of November 16, 2020. Following leads and Crime Stoppers tips, on November 17, 2020, BPD Detectives arrested Demarcus Dante Powell, a 21 year old Beaumont resident (Pictured below in orange), for Aggravated Robbery. He was transported to the Jefferson County Jail after speaking with detectives. Additional charges are forthcoming.