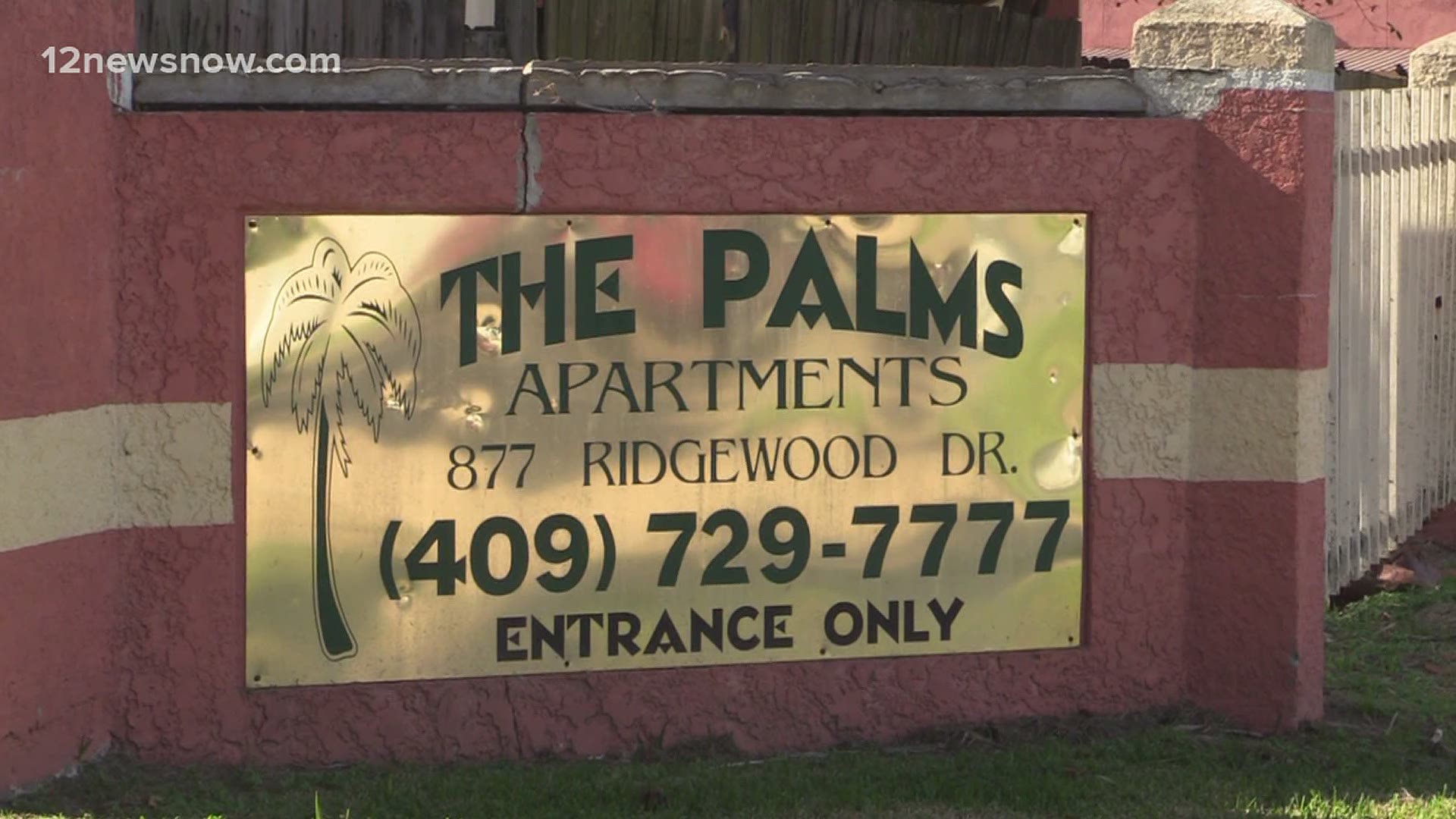 PORT NECHES, Texas — Investigators have identified the suspect charged in the stabbing death of a woman found inside a Port Neches apartment on Sunday.

Robert Alan Holloway, 47, is facing a murder charge after officers found 44-year-old Heather Delmar inside an apartment at the Palms Apartments where the two lived together.

Police said the two got into an argument and physical altercation Friday night before Holloway stabbed her several times with a knife. That's when police believe the 47-year-old left the scene. Holloway then got into a major accident and had to be taken to St. Elizabeth with serious injuries according to a news release from Port Neches Police Department.

On Monday, a murder warrant was issued for Holloway and he was arrested with help from the Jefferson County Sheriff's Office.

On Sunday, just after 10 a.m., police officers went to the Palms Apartments and spoke to a woman who made the call to the police department. The caller had a key to the apartment and said her son lived there. She told police she was concerned that his girlfriend, who also lived there, was hurt.

Updated Information: The suspect in the homicide is identified as Robert Alan Holloway 47 yoa from Port Neches. He has been charged with Murder. Investigators determined that the victim lived with the suspect at the Palms Apartments in Port Neches. On Friday evening 11/13/2020 the suspect and victim had an argument and physical altercation, at their apartment. Investigators believe the suspect stabbed the victim several times with a knife and left the scene. While fleeing the scene on Hwy 366 near Spur 136, the suspect was involved in a major vehicle accident. The suspect suffered serious injuries and was transported to St. Elizabeth Hospital in Beaumont for treatment. On 11/16/2020 investigators obtained a Murder warrant for the arrest of Robert Alan Holloway. The warrant was executed with the assistance of the Jefferson County Sheriff’s office warrant division. The suspect will then be transported to the Jefferson County Detention facility.