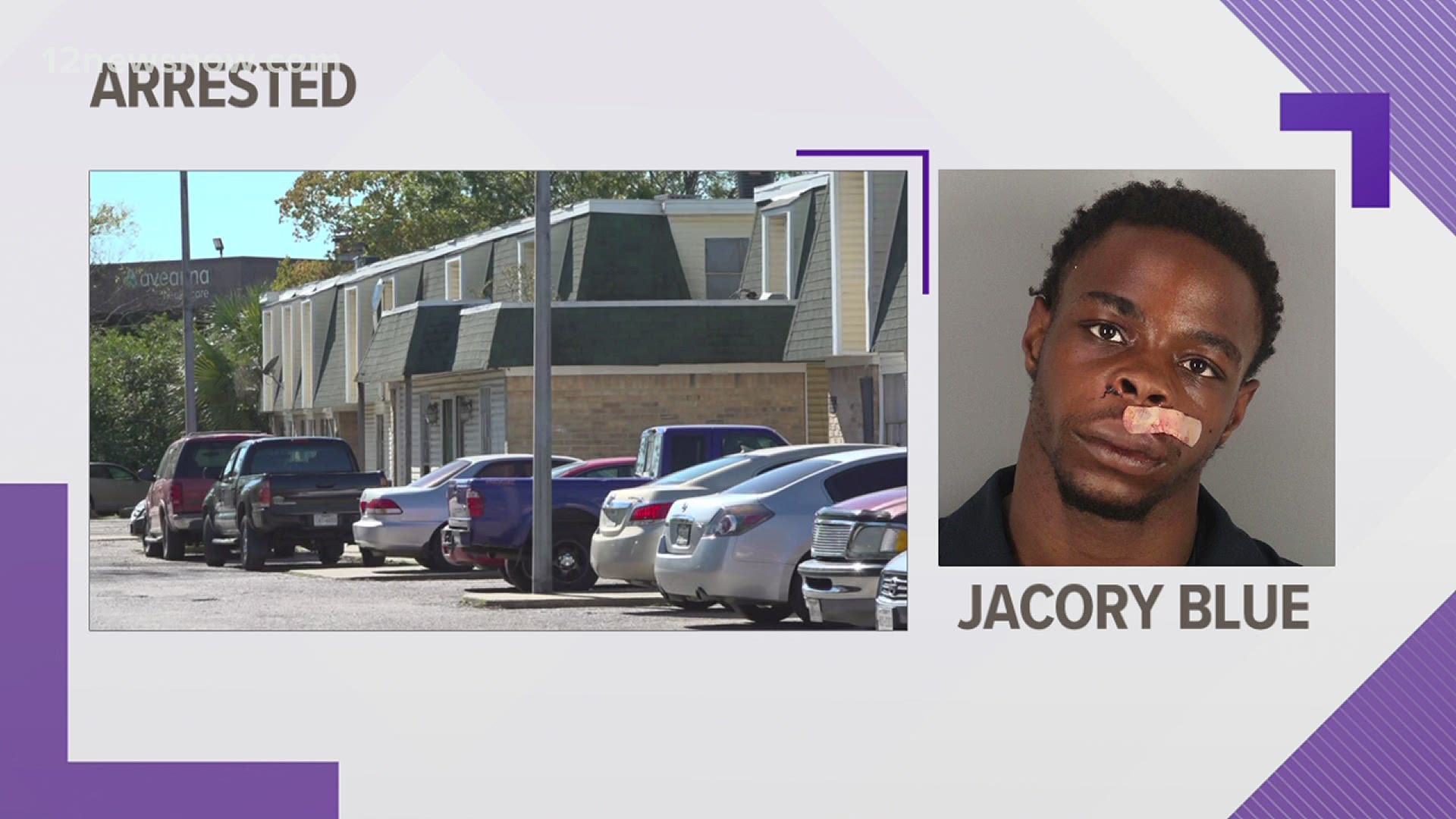 BEAUMONT, Texas — One man was arrested and Beaumont Police are looking for more suspects after two armed robberies along I-10 overnight Monday.

Two men jumped in front of a driver on the I-10 feeder road and robbed him at gunpoint and are suspected of shooting and killing another man, Beaumont Police said.

The robbery was reported just after midnight Monday, Nov. 16 at 125 I-10 on the service road in front of Timberlake Courts Apartments, Beaumont Police Officer Haley Morrow said in a news release.

A man told police he was driving southbound on the feeder road when two men in hoodies and face coverings jumped out in front of him. He told police he slammed on the brakes to avoid hitting them, but they pulled out guns to rob him and demanded his cellphone and money.

The two suspects then fled on foot toward Timberlake Courts Apartments, Morrow said.

Since the man's cellphone was stolen, he drove home before calling police around 12:35 a.m..

Around the same time at 12:18 a.m., Beaumont Police Officers responded to a reported shooting at Timberlake Courts Apartments. Officers found a man in the parking lot with multiple gunshot wounds, and Beaumont EMS pronounced him dead at the scene.

The man who died was identified as Ron Guillory, 51, of Beaumont, Morrow said.

Beaumont Police said detectives believe after robbing the driver on the service road, the two suspects confronted Guillory in the parking lot of Timberlake Courts Apartments and tried to rob him, but he was armed.

Detectives believe Guillory tried to shoot the suspects, who shot and killed him before running away on foot. They found evidence at the scene that led them to an apartment at Timberlake Courts Apartments, where they found a man who had been shot in the face.

Beaumont Police identified the suspect as Jacory Blue, 22, of Beaumont, an arrested him.

When he was released from the hospital, he was taken to Beaumont Police's downtown office to speak with detectives and then to the Jefferson County Jail.

The investigation is still ongoing and detectives believe several more suspects were involved in the robbery and murder and are continuing to follow leads. Additional arrests and charges are expected, Morrow said.