'Modern-day slavery:' Half of men arrested in human trafficking sting believed they were talking to minors

Investigators say two of those arrested were doctors. 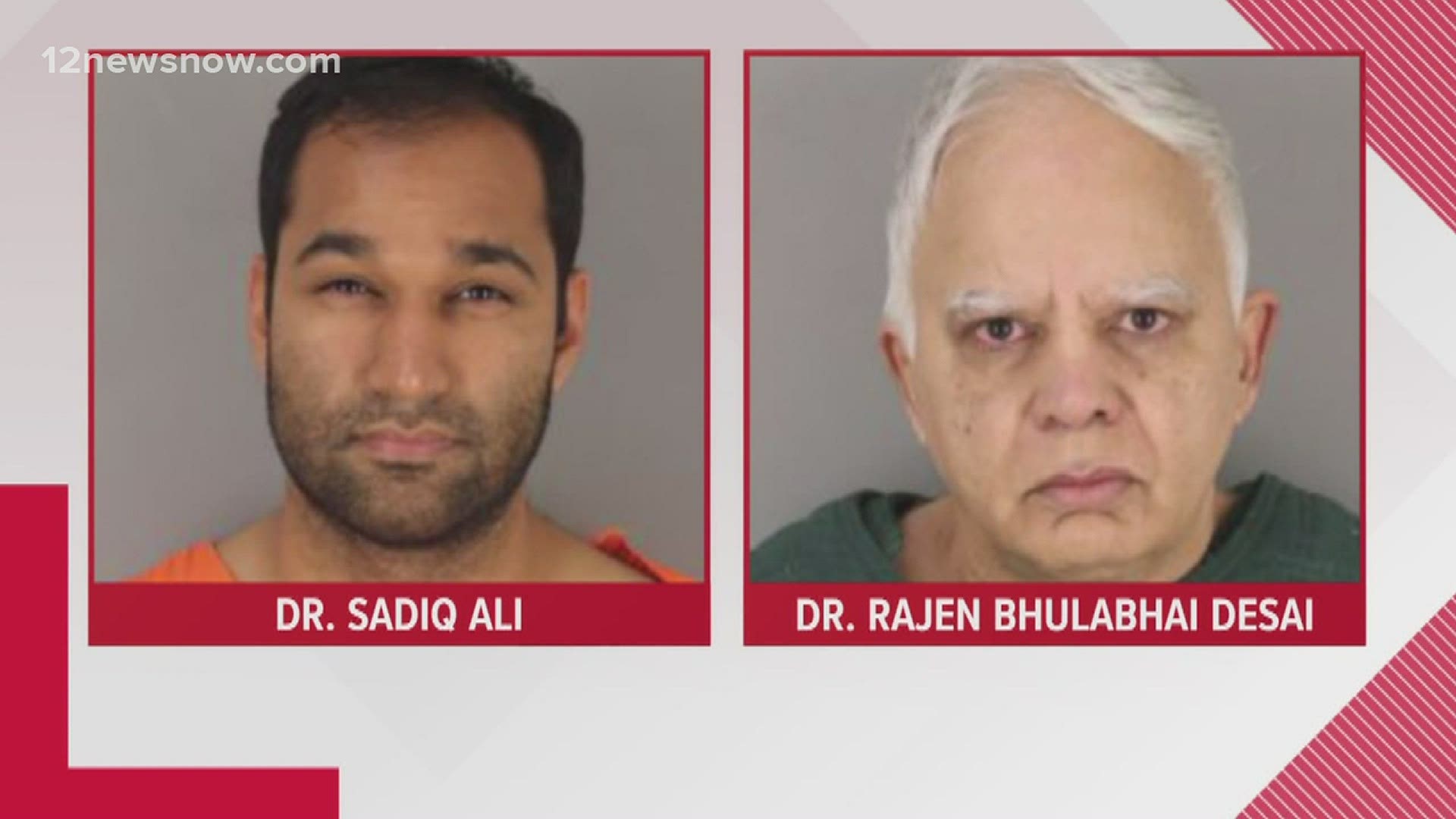 BEAUMONT, Texas — Investigators are releasing more details about a human trafficking sting operation in Beaumont that ended with the arrest of 21 people, including two Southeast Texas doctors.

A two-day joint operation between the Beaumont Police Department and the Jefferson County District Attorney's Office in Beaumont led to the arrest of 21 men. Officials from both agencies spoke to 12News on Monday to give an inside look at the operation.

Investigators are using websites in a new, first of its kind online strategy to catch predators.

Sex trafficking is on the rise in the U.S. and in Southeast Texas. There are somewhere around 79,000 victims of youth and minor sex trafficking in Texas at any given time, according to the Texas Attorney General's office.

It's a problem that has the Beaumont Police Department and the district attorney's office working side-by-side to stop these illegal operations.

Beaumont Police Department Chief Jimmy Singletary said he hopes the operation over the weekend acts as a strong deterrent against human trafficking.

A Houston doctor and a Beaumont doctor were among the 21 charged. Dr. Sadiq Ali, 33 of Houston, was charged with prostitution under the age of 18, a second-degree felony. He was released on a $25,000 bond, according to Beaumont Police.

Dr. Rajen Bhulabhai Desai, 62 of Beaumont, was charged with prostitution, a Class A misdemeanor.

At least half of the arrests involved suspects thinking they were talking to a child under the age of 18.

"We have people in our community that are considered professionals. That are former law enforcement officers that have been arrested, and this is a problem that we have to take seriously because this is modern-day slavery that's going on," District Attorney Bob Wortham said.

Those arrested were from around Southeast Texas including Kirbyville, Vidor, Port Arthur and Lumberton and as far away as Zachary, Louisiana.

Anyone can join the fight against human trafficking. If you see something, say something. If you wish to remain anonymous, call Southeast Texas Crime Stoppers or download the P3 Tips app and use your smartphone or tablet submit your information or pictures. All tips are anonymous and you could be eligible for a cash reward.