Jackson pleaded guilty to both cases Monday morning via Zoom. 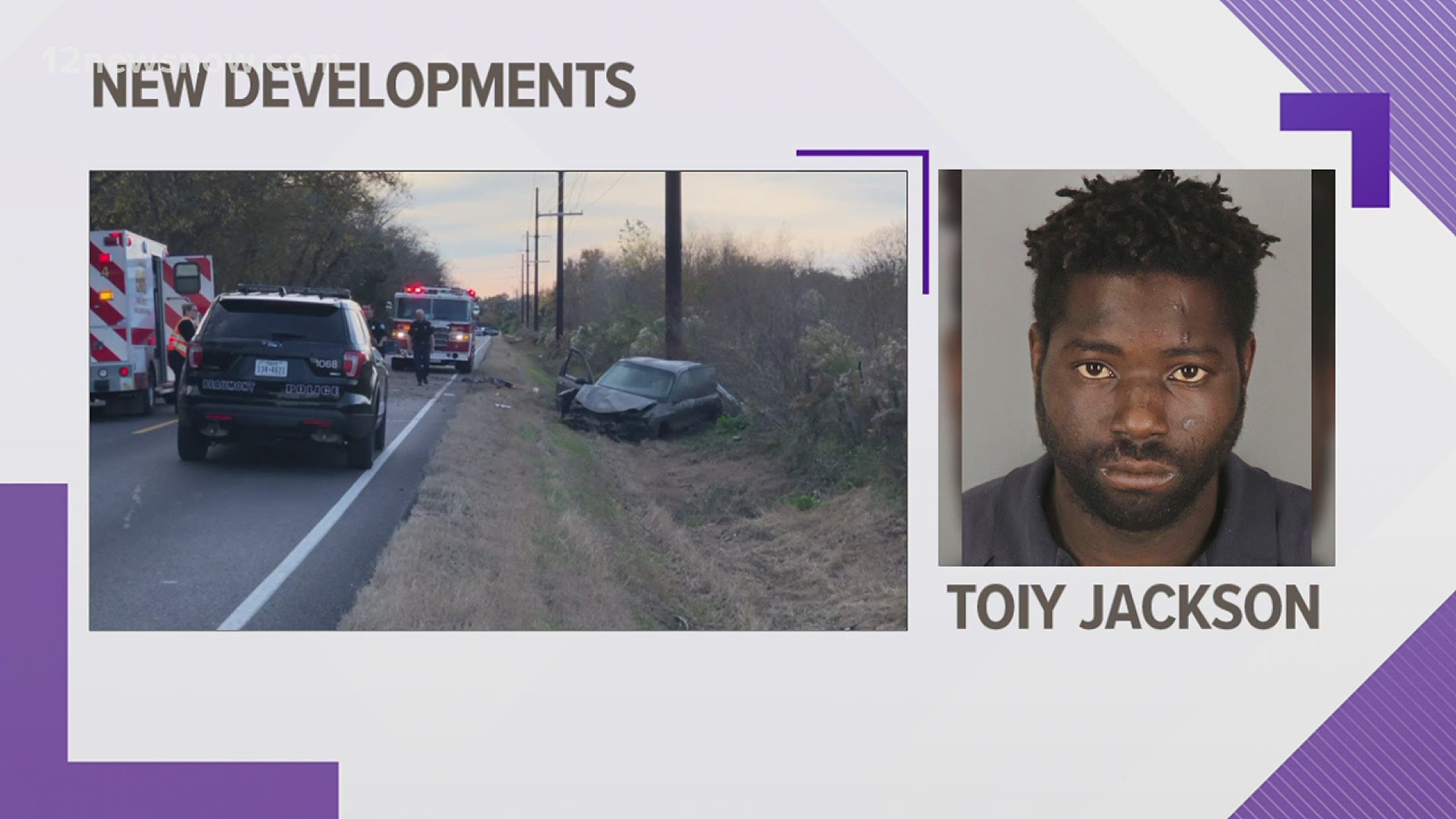 Jackson was arrested after he had a one-vehicle crash on Washington Blvd. Brandy Delaine Ballard was found unconscious inside Jackson's vehicle. She died in December as a result of her injuries.

He also pleaded guilty to food stamp fraud. That charge is related to an investigation into Coleman's Burger Deli in Beaumont. In addition to the five-year sentence, he will have to pay restitution.

Dozens of people have been accused of fraud in the case. Investigators say more than $71,000 in food stamps were used to buy items for the deli. Jackson is not allowed to contact the restaurant owner, Johnny Coleman.

The DA's office called it "a scheme involving the fraudulent use of benefits from the Supplemental Nutrition Assistance Program (SNAP) benefits."