She’s charged with four counts of aggravated assault on a police officer. 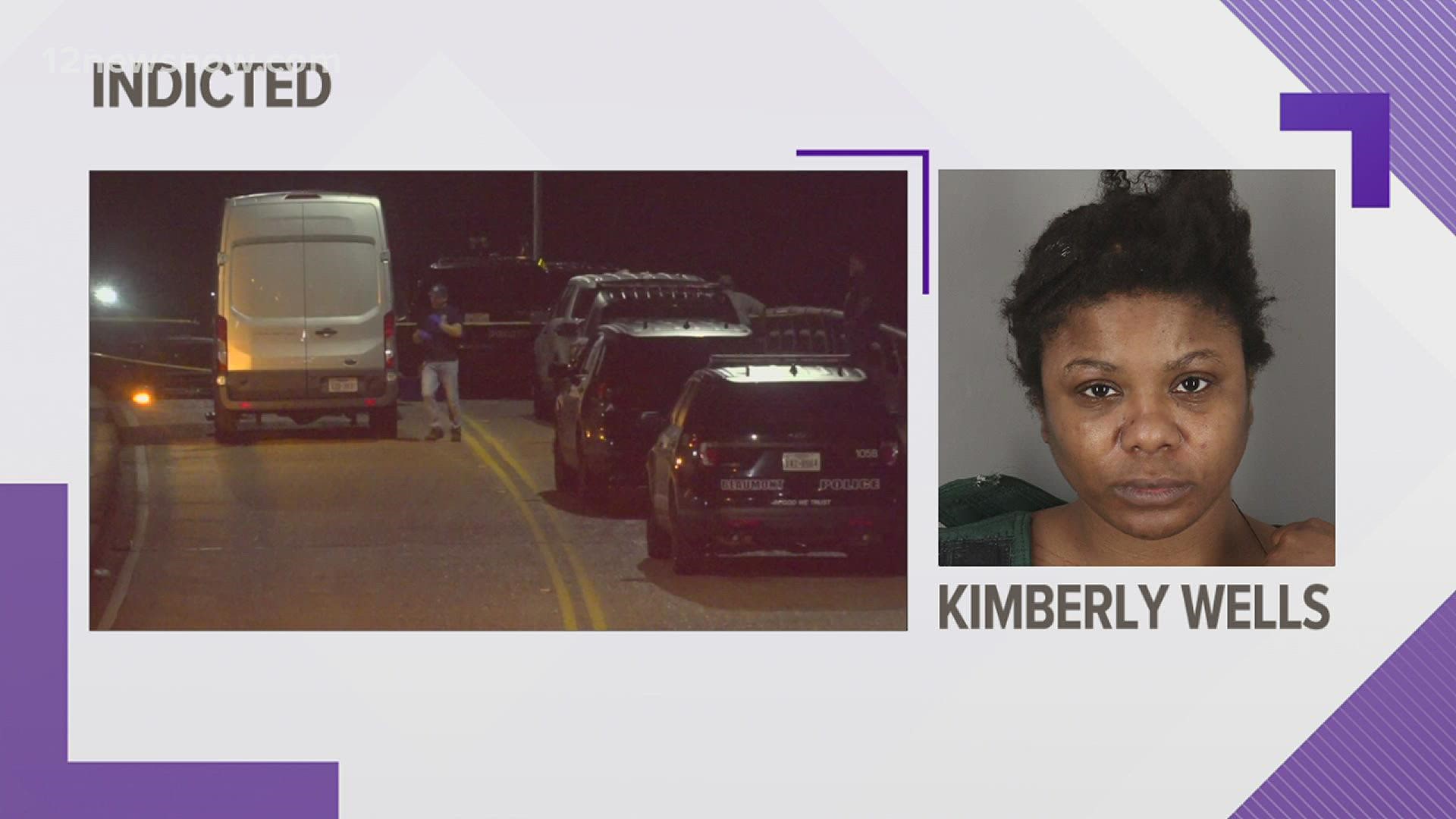 BEAUMONT, Texas — A Jefferson County grand jury handed up an indictment Wednesday to a Beaumont woman who’s accused of ramming her car into a group of officers in early June, according to a probable cause affidavit.

She’s charged with four counts of aggravated assault on a police officer.

It happened on Saturday, June 5 on the Lindbergh Drive overpass in Beaumont. Officers received a call just before 7 p.m. about a welfare check on a suicidal suspect.

Officers arrived and found the suspect in a 2006 Pontiac Vibe. She was later identified as Kimberly Wells, 29, of Beaumont.

Police said after noticing that Wells had a knife, they secured the scene and started talking to her. She refused to respond to police after they made multiple attempts to communicate.

Police said after a while, the Beaumont woman accelerated her Pontiac rapidly toward the group of uniformed officers. She also intentionally rammed into two marked Beaumont Police Department patrol units that were in front of her car blocking traffic, according to the affidavit.

As the Pontiac sped directly toward officers, they fired their weapons “to stop Wells front killing or causing serious bodily injury to the responding officers,” the affidavit says.

During the assault one of the officers sustained injuries to his head and legs. The officer and suspect were taken by Beaumont EMS to Christus St. Elizabeth Hospital for treatment of their non-life-threatening injuries.

Wells is still behind bars on a more than $1 million bond, jail records show.