The 32-year-old had his previous 25-year sentence overturned. 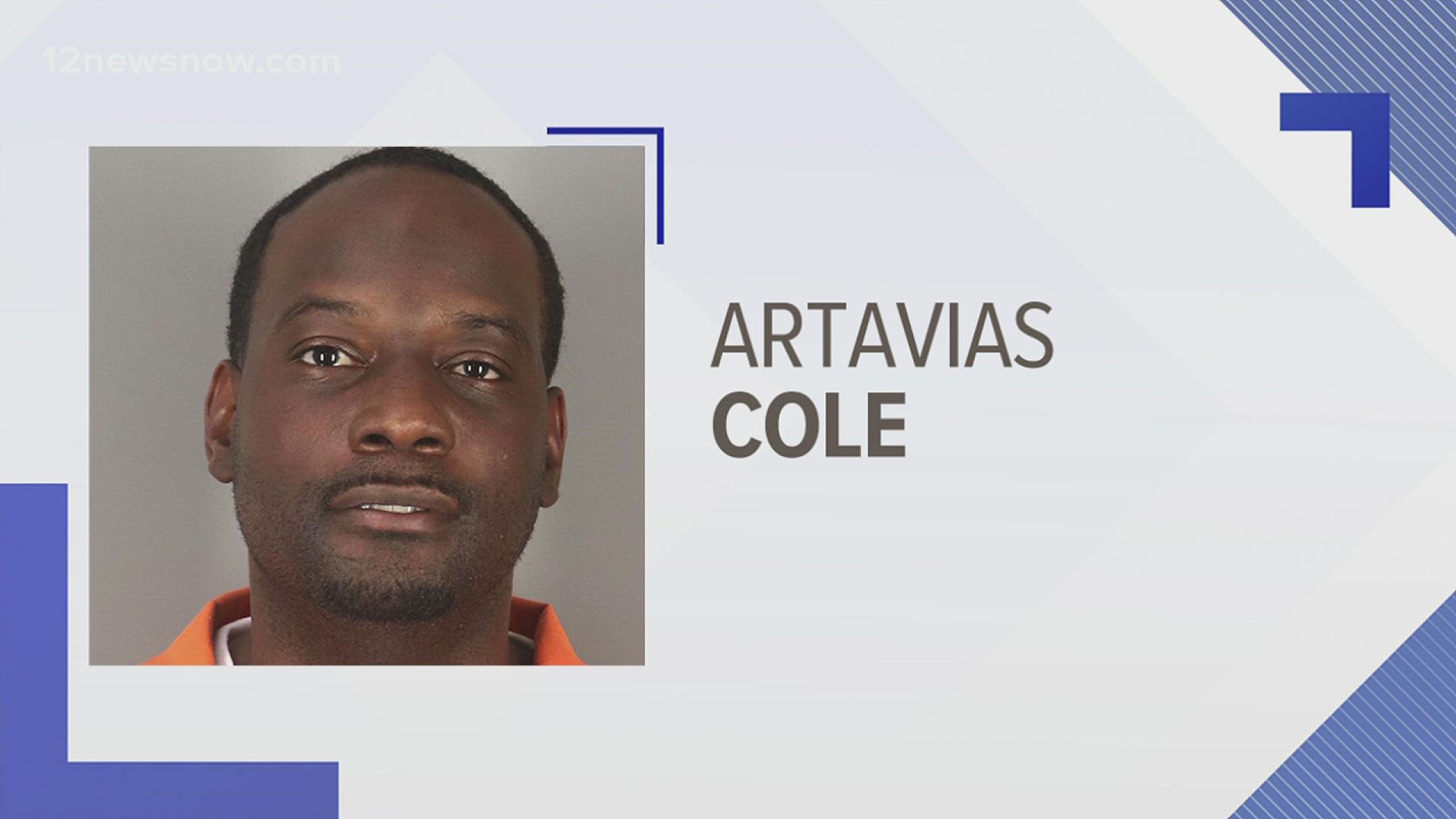 BEAUMONT, Texas — The second trial of a 32-year-old Beaumont man, who had a 25-year sentence for a 2016 robbery overturned, ended Wednesday.

Artavias Cole, who chose to act at his own attorney for the second trial, chose not to wait for the jury's verdict. He changed his plea to guilty and was sentenced to 20 years in prison.

Cole was previously sentenced to 25 years in prison for robbing the Waffle House on 11th street in October 2016.

Cole was convicted in March 2018 and had a court-appointed attorney for that trial, but he appealed the conviction saying he did not know he had the option to act as his own attorney.

The appeals court agreed, so Cole will go before a second jury this week in the Jefferson County Criminal District Court. Jury selection for his second trial began Monday.

Cole was convicted of two counts of robbery on Thursday, March 8, 2018.

Two men were seen on surveillance video wearing masks stealing a wallet and cell phone from customers at the Waffle House at gunpoint, before fleeing in a black Dodge Charger.

Police used the "Find my iPhone" app to locate the stolen phone. Cole and his 12-year-old cousin matched the description given by witnesses. The two men were located near a black Dodge Charger and officers found masks and air pistols in the backseat of the car.

Cole's cousin was charged as a juvenile.