Johnny Coleman, owner of Coleman's Burger Deli in Beaumont's South End, was accused of food stamp fraud in 2019 along with more than 60 others. 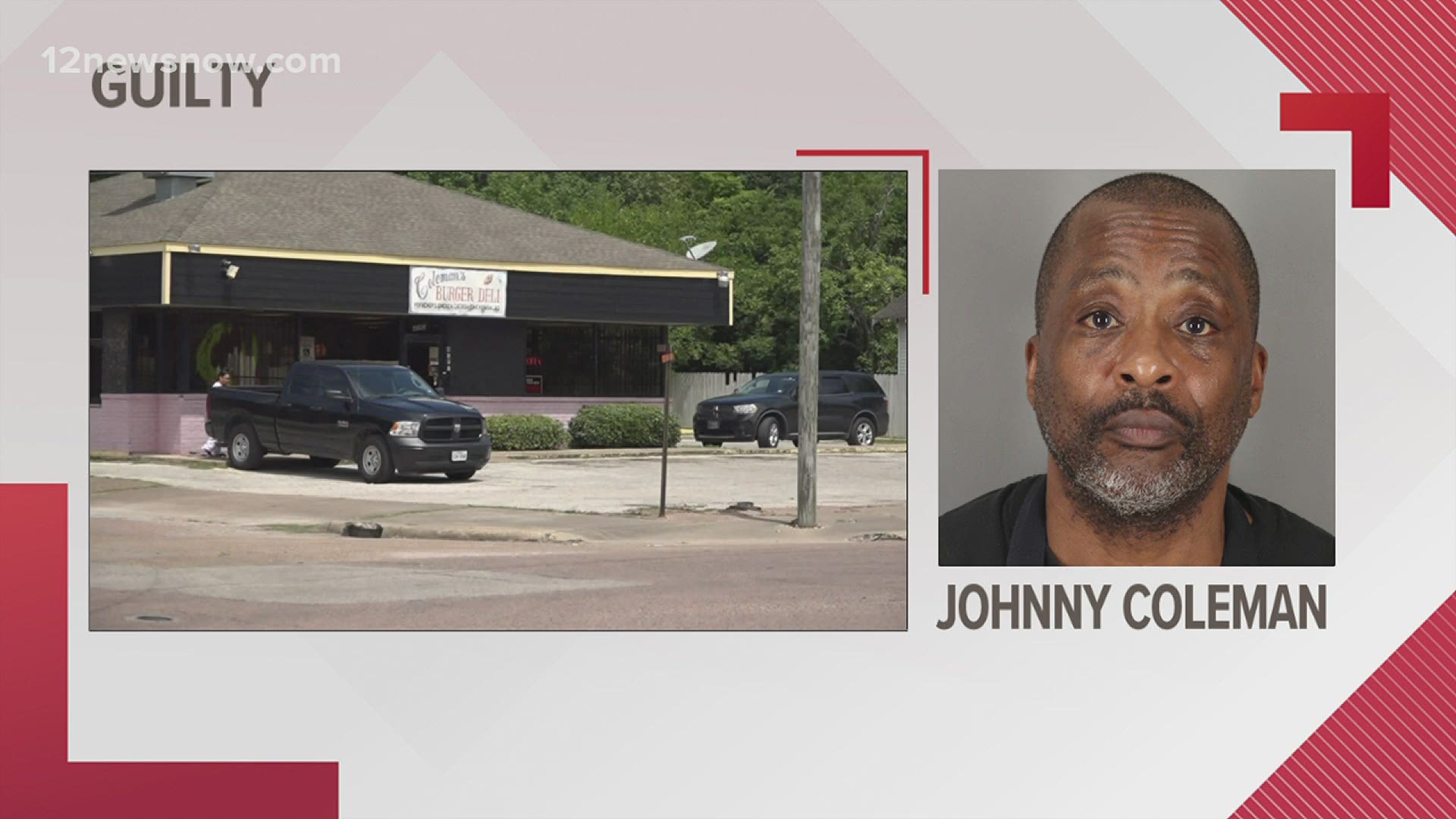 BEAUMONT, Texas — A Beaumont restaurant owner at the center of a 2019 food stamp fraud investigation has been found guilty by a Jefferson County jury.  On Tuesday, he was sentenced to 27 years in prison for “illegal possession/transfer of EBT benefits.”

Johnny Ray Coleman, owner of Coleman's Burger Deli in Beaumont's South End, was accused of food stamp fraud in 2019 along with more than 60 others.

During the trial, prosecutors were seeking enhancements to the punishment range for Coleman's sentence based on previous criminal convictions.

Coleman confirmed in court that he was convicted of theft in 1982, possession of controlled substance in 1987, and felony possession of marijuana in 2005. Coleman was facing a 2-20 year sentence but his prior convictions led to an enhanced sentence ranging from 25-99 years in prison.

On Tuesday, May 25, 2021, bond for Coleman was revoked by Jefferson County District 252 Judge Raquel West as a result of the guilty verdict. The judge placed him in the custody of the Jefferson County Sheriff's Office during a recess before sentencing.

This isn’t the first time Coleman’s bond has been revoked. Judge West revoked his bond on May 3, 2021 for not showing up in court. It was reinstated after he appeared, and she accepted his reason for not being there that day.

According to a 12News file story, the Jefferson County District Attorney's office referred to the investigation as "a scheme involving the fraudulent use of benefits from the Supplemental Nutrition Assistance Program (SNAP) benefits," where $71,000 worth of food was sold at a Beaumont restaurant.

After a search warrant was used in 2019 at Coleman's Burger Deli located at 4192 Highland in Beaumont, investigators found evidence that showed a connection between the restaurant and its use of EBT funds.

The restaurant purchased large amounts of hamburger meat, chicken wings, pork chops, french fries, hamburger buns, shrimp, drinks and condiments, the DA's office said in a release. Investigators found that all of the items were also part of the menu at Coleman's Deli.

Investigators discovered over 300 purchases from over 92 different EBT cards from over 61 SNAP recipients, totaling over $71,000 of food used at the restaurant, based on evidence seized.

Coleman often used a personal debit card to pay the rest of the bill when there were still funds on the EBT accounts, according to the DA's office.

Dozens of others accused in the case have already been sentenced to jail time, prison time and probation for their involvement in the scheme.