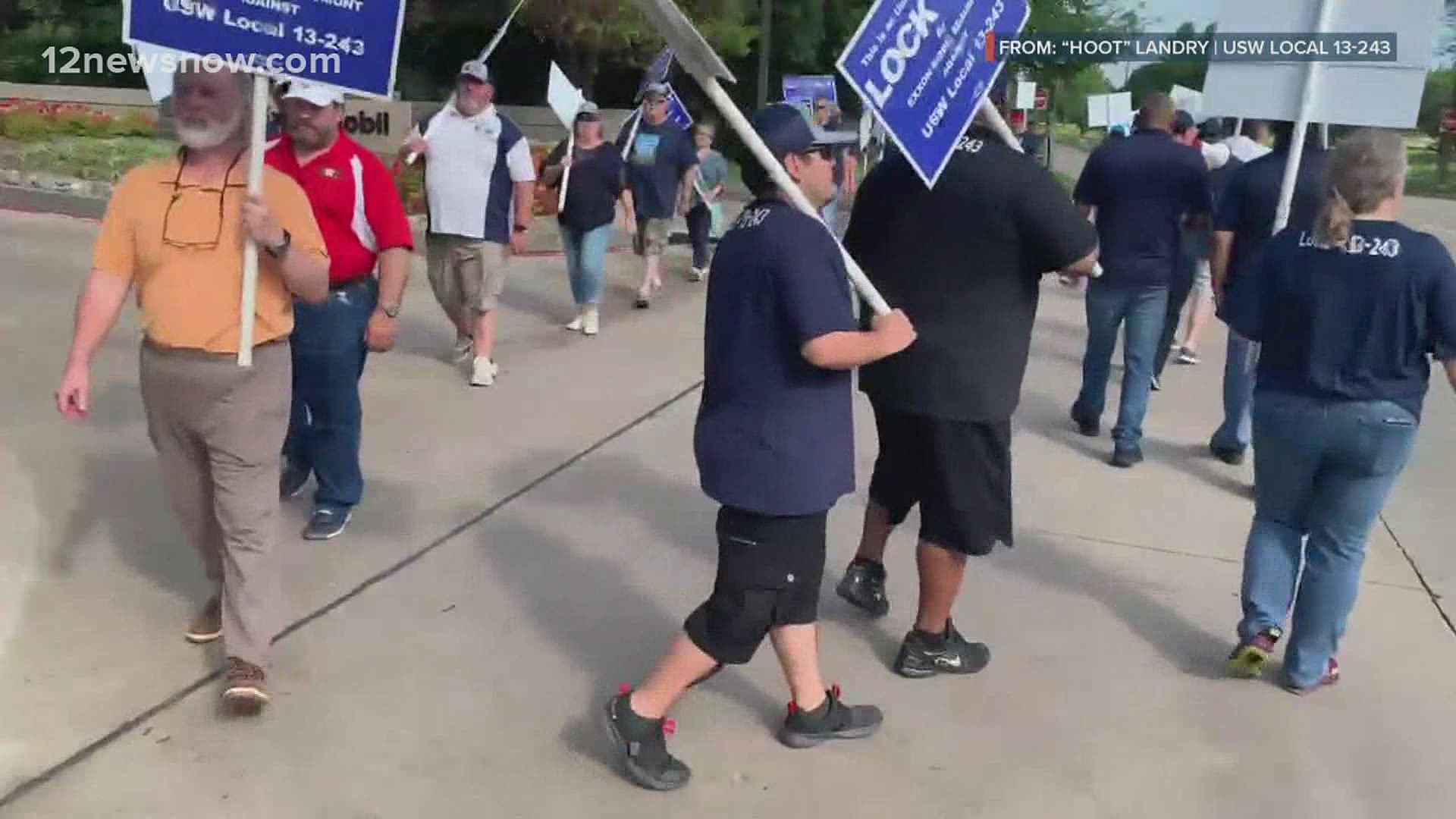 BEAUMONT, Texas — Nearly a month after members of the United Steelworkers Union were locked out of ExxonMobil's Beaumont facility, members are planning to protest what they feel are unfair labor practices outside the energy giant's Irving headquarters Wednesday.

USW Local 13-243's 650 members have been locked out of the Beaumont plant since May 1 after talks between them and the company stalled.

MORE| Read ExxonMobil's full statement below released on May 26, 2021

In the first meeting between Local 13-243 and ExxonMobil since the lockout, a six-year deal was proposed but ultimately rejected by the union.

Exxon said the deal would provide refinery-specific wage increases, but it eliminates "senior bidding" for jobs, which prioritizes employees who wish to transfer within the plant based on how long they've been employed. That has been one of the areas of contention for the two sides.

The union wants seniority prioritized, however, Exxon says their deal puts more of an emphasis on qualification over seniority, a practice in place and ratified at other facilities.

Exxon's Beaumont facility is the company's third largest in the U.S. and produces 2.8 billion gallons of gasoline a year. The facility is also a major producer of Mobil 1 motor oil.

Full response issued on May 26, 2021 from ExxonMobil

You spoke, we listened. All this week, we’re answering questions we’ve received related to our ongoing negotiations with the USW. Learn more on our FAQ at https://t.co/2v4JNyavhn

Today's question: How is the refinery running safety during this lockout? pic.twitter.com/9FK7rAALLg