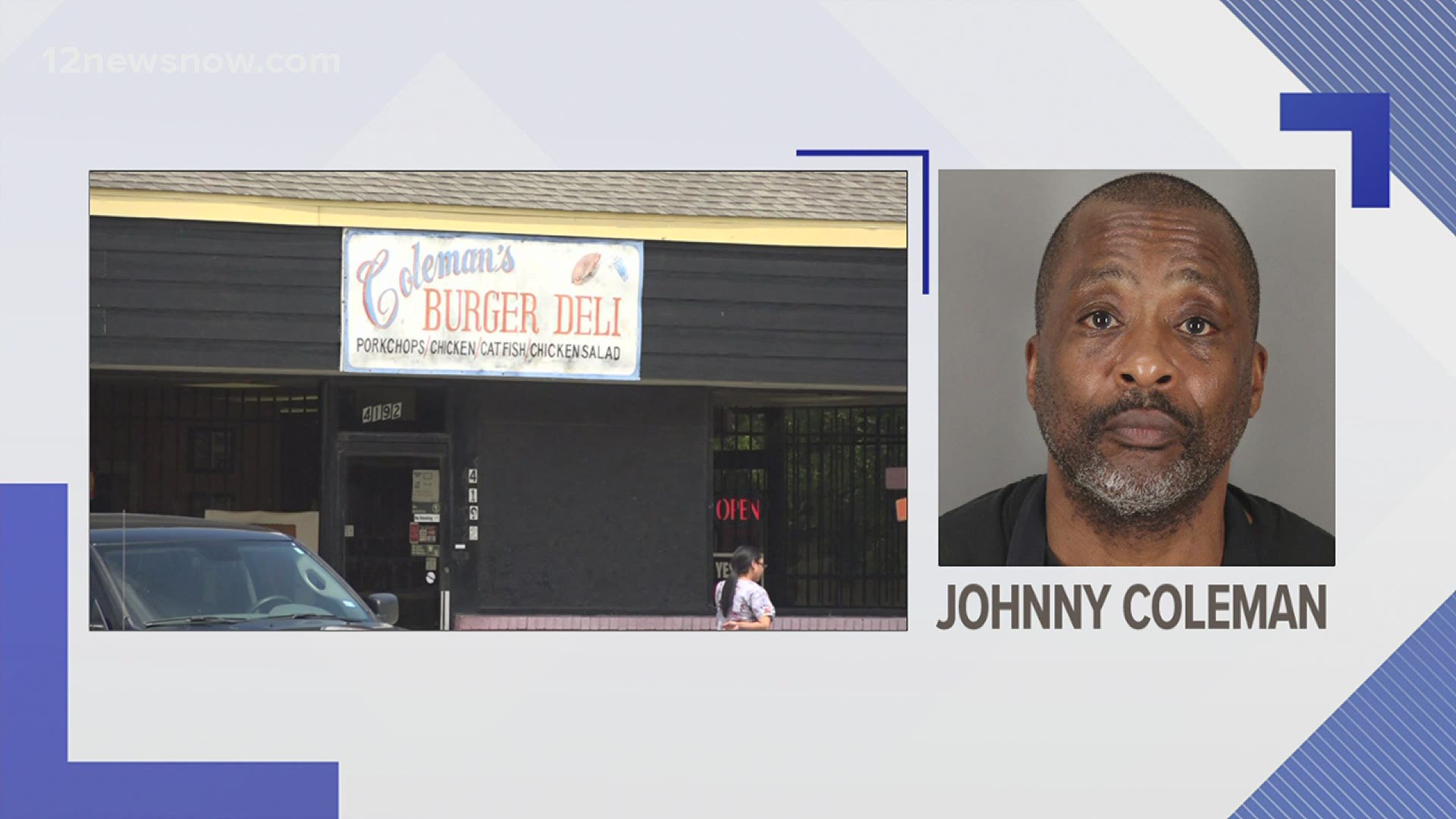 BEAUMONT, Texas — A Beaumont restaurant owner charged along with more than 60 others in a food stamp fraud case has had his bond revoked.

Johnny Coleman, owner of Coleman's Burger Deli, in Beaumont's south end was accused of electronic benefits fraud in 2019 along with more than 60 others.

Coleman was supposed to make a pre-trial appearance in 252nd District Court before Judge Raquel West on Monday but when his name was called he failed to respond.

His attorney requested a continuance but Judge West denied it because Coleman did not appear in court.

Several others accused in the case have already been sentenced to jail time, prison time and probation for their involvement in the scheme.

The DA's office called it "a scheme involving the fraudulent use of benefits from the Supplemental Nutrition Assistance Program (SNAP) benefits" wherein $71,000 worth of food were sold at a Beaumont restaurant.

Investigators executed a search warrant at Coleman's Burger Deli, located at 4192 Highland in Beaumont based on information from the Texas Health and Human Services Office of Inspector General.

Investigators discovered over 300 purchases from over 92 different EBT cards from over 61 SNAP recipients, totaling over $71,000 of food used at the restaurant, based on evidence seized, Wortham said.

Coleman often used a personal debit card to pay the rest of the bill when there were still funds on the EBT accounts, Wortham said.

Coleman surrendered himself to law enforcement this weekend, but bonded out, Wortham said. Warrants are pending or executed on the 61 people accused of allowing the restaurant to use their SNAP cards.

Investigators are still looking into other potential fraudulent use of food stamps.