We wanted to share the back story on the remarkable photo and how the community has come together to help the teen follow his dreams. 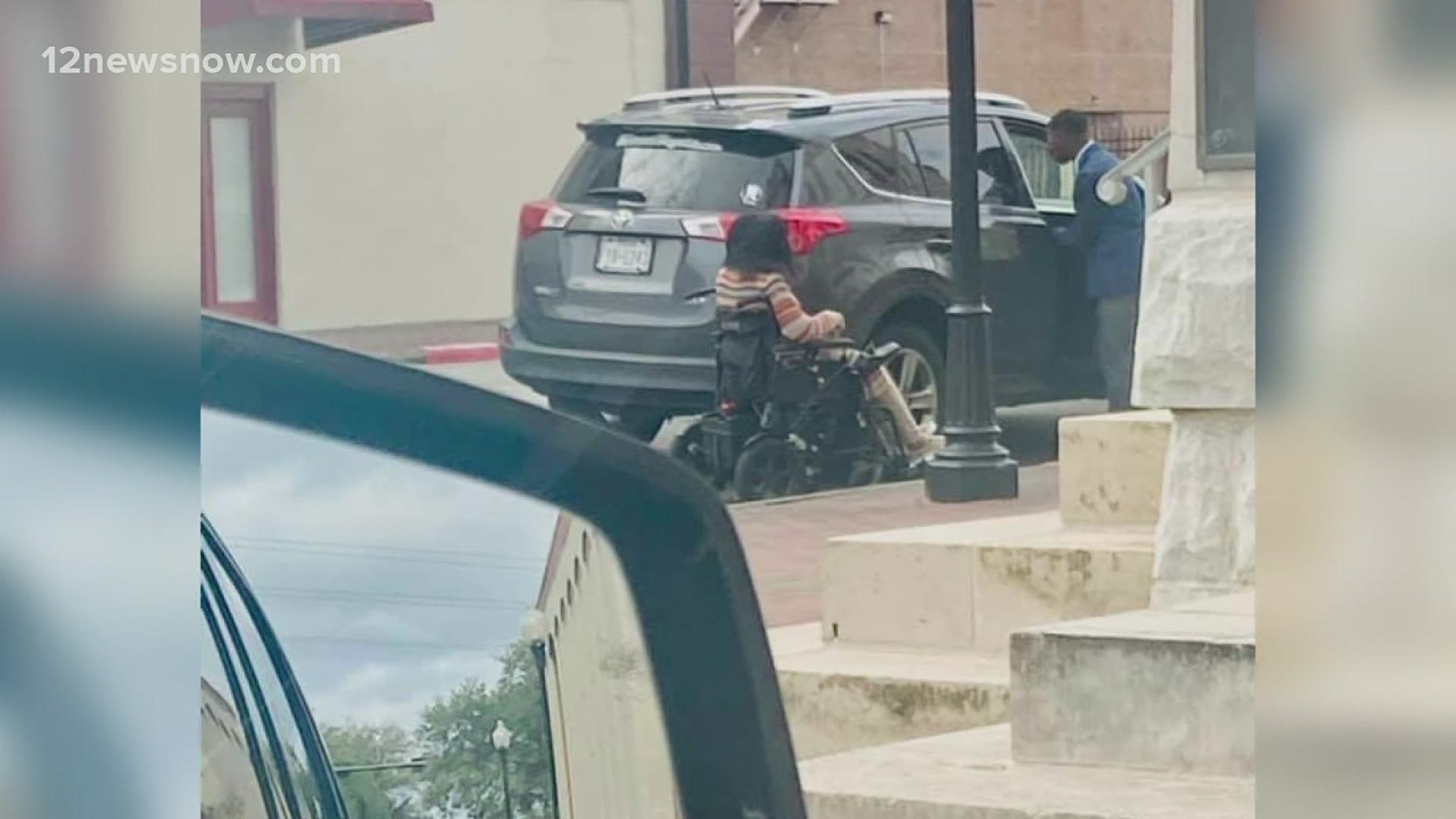 BEAUMONT, Texas — A son caring for his mother turned into a viral post that captured the hearts of Southeast Texas.

Jerron-Michael Arline has been the caregiver for his disabled mom since he was 14-years-old.

We wanted to share the back story on the remarkable photo and how the community has come together to help the Westbrook High School senior follow his dreams of becoming a rehabilitation doctor.

“I gave birth to them, and I was there for them when they were babies,” Tracy Arline said.

Things always have a way of coming full circle. “Now, they're helping me, and it's heartwarming,” Tracy Arline said.

For 18-year-old Jerron-Michael Arline, it was all about stepping up and helping his mother who has cerebral palsy.

“She's had a disability her whole life, so it wasn't necessarily a moment. It was more like, I slid into the role and did what I had to do,” said Jerron-Michael Arline.

It's a role that taught him how to be patient and kind even to a wheelchair.

“This chair and I have a very interesting relationship,” said Jerron-Michael Arline.

So interesting that they spend time together quite often.

“I do it every day. It's about 60 or 70 pounds. If I bring her somewhere, she has to get in it so I take it down,” over and over again, every day, several times a day, he said. It's enough to build a bond.

“It's become almost like the fourth member of the family,” said Jerron-Michael Arline.

“We're watching this young man, but he was very gentle and meticulous in getting her in this wheelchair,” Cadien said.

It reminded Cadien of a very familiar time in her life.

“We, also, assist my sister who is battling multiple sclerosis, so getting chairs and scooters out of trunks, it's a part of our life,” Cadien said.

It was a moment she had to capture and share.

“I wrote this post and I titled it ‘He stole my heart.’ I shared this experience, and people just started responding. It has been shared over 300 times,” Cadien said.

So, she called up an old friend.

“I am a physician, and I am a rehab physician. We need good people in the field, and from what I've heard, you're an amazing individual," said Rehabilitation Dr. Danique VanDongen, M.D.

Taking care of his mom and crossing paths with a stranger who simply just gets it is getting Jerron-Michael Arline one step closer to his full circle moment.

“I'm here as a mentor if that's something you're looking for,” VanDongen said.

Cadien's two daughter started a scholarship fundraiser for the Beaumont senior. Cadien also gifted Jerron-Michael Arline a $500 scholarship to help him reach his goal to attend Rice University in hopes of becoming a rehabilitation doctor.

Anyone interested in donating can do so via PayPal at kckidscareinc@gmail.com.

“I want to have a great relationship with the people I'm helping,” said Jerron-Michael Arline. “I want to work with people with disabilities. That's when I realized I wanted to be a physician.” 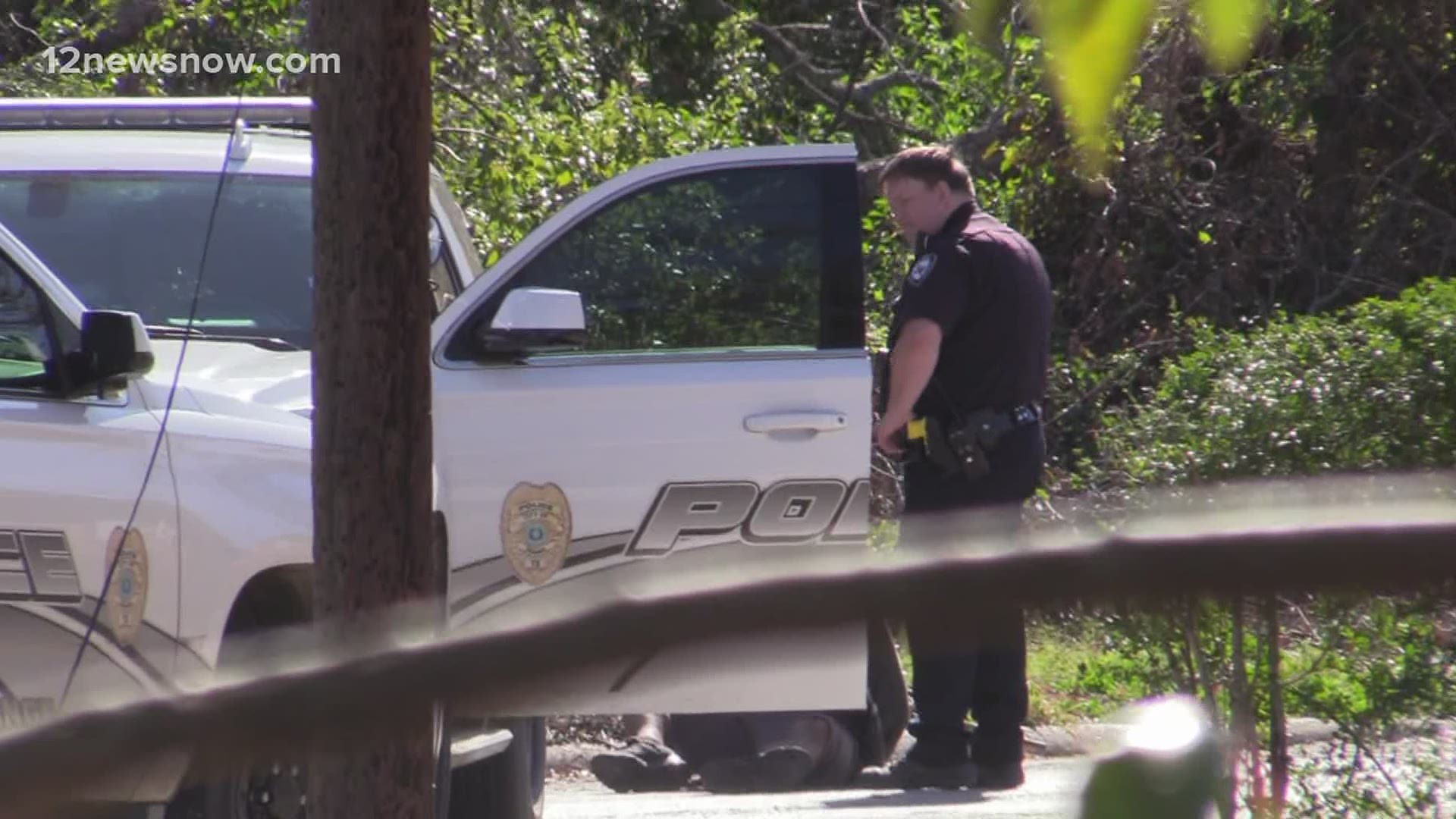