"If you want to make a difference in the life of a child here in Southeast Texas, this is the way to do it." 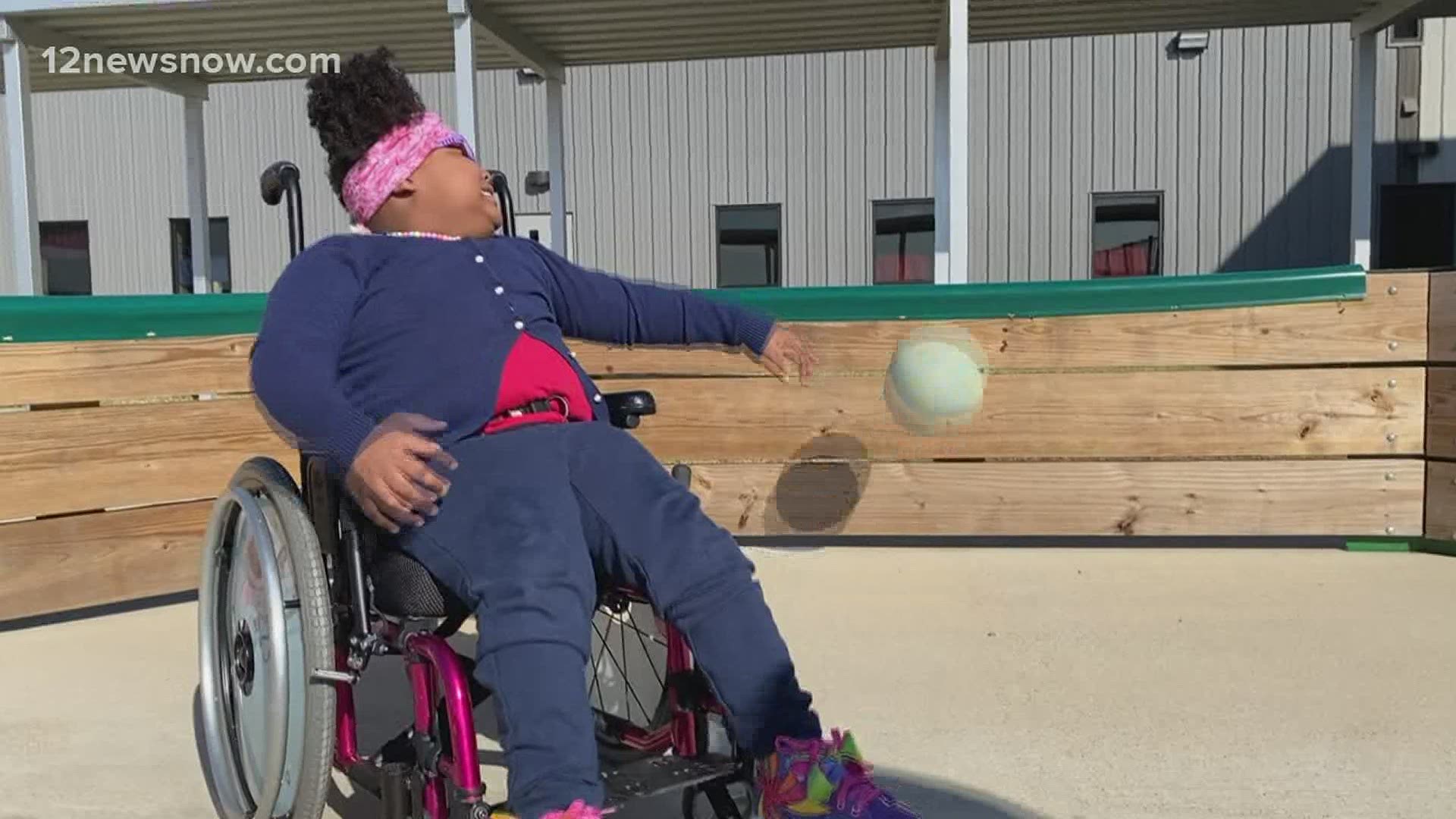 BEAUMONT, Texas — A Southeast Texas mother and pastor is reaching out to the community to help provide a wheelchair-accessible van for her daughter with disabilities, which would make both their daily lives much simpler.

The now 6-year-old girl is a ball of energy who is always ready to play baseball, go to dance class or attend worship on Sundays. But as Grace gets older, she’s growing both in height and weight, which is why Johnson is turning to the community for help.

“She has a VP shunt, mild hydrocephalus ... and she’s a cerebral palsy warrior,” Johnson said.

Grace loves to stay active, but because of her cerebral palsy, her legs are stiff, making it difficult for her to walk or stand, she said.

“With Grace, I have to try and lift her into the vehicle because of her legs being stiff," Johnson said. "She can't make the step into a car. As she’s been growing, lifting her has become more difficult.

"She weighs about 90 pounds, and that’s more than half my weight.”

About a year and a half ago, Johnson said she found out Grace would only be able to walk short distances at this phase in her development. After Grace outgrew adaptive strollers, they started using a wheelchair to help Grace move around.

“Once we moved to a wheelchair, and we started going places, we realized that we would definitely need to move vehicles to a wheelchair-accessible van,” she said.

The mother-daughter duo travel to multiple places within a day, but even the shorter rides are becoming more challenging.

“I’ll have to take everything out, pack it up, unpack it, lift her in and out," Johnson said. "All of that throughout the day has become increasingly difficult."

To fit the wheelchair into her SUV, she said she has to break it down into multiple pieces.

“So, when you do that, in the cold, in the heat, in the rain, everything else, you realize that you have to move to something that’s more accessible, if you’re going to be going places,” Johnson said.

The goal is to reach $75,000 in donations so Grace and Melissa can move around more efficiently in a wheelchair-accessible van.

Johnson said she understands that donating money during a pandemic may be challenging for some people, but anything would be greatly appreciated to help them get closer to their goal.

“If there are any businesses or individuals who have been blessed, and maybe they want to pass that blessing on to somebody else, I can't think of a better person to give it to than Grace,” he said.

Osteen is also the founder and president of Love Rescues, a non-profit organization that helps orphans and underprivileged children internationally. His group is working with Melissa and Grace to make their goal become a reality.

The website allows anyone to donate any amount toward the wheelchair-accessible van.

"If you want to make a difference in the life of a child here in Southeast Texas, this is the way to do it," Osteen said.