Both gators are known for their size and age. Big Texas is the largest gator to be caught alive. 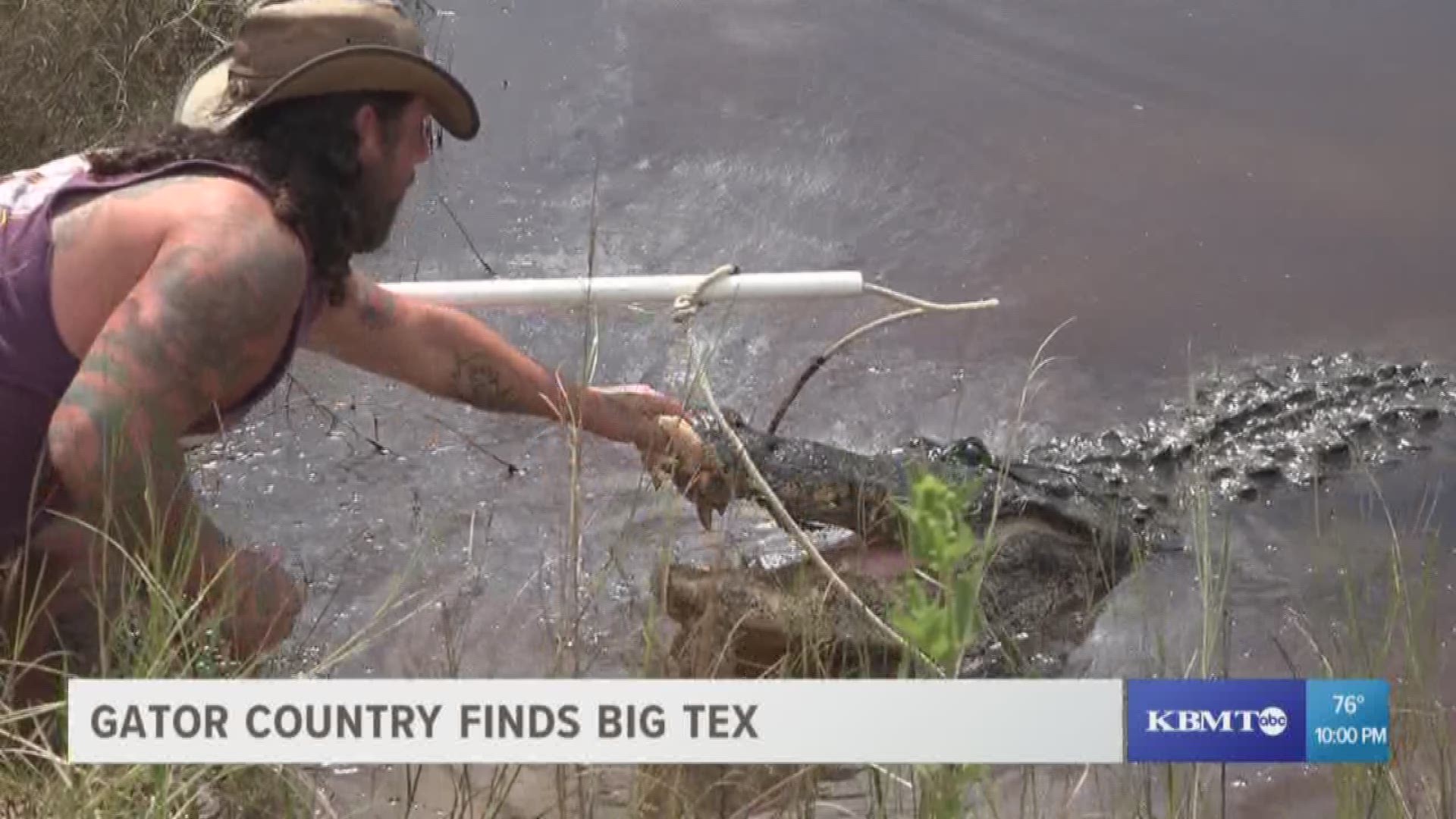 JEFFERSON COUNTY, Texas — Gator Country found both of their two famous gators as of Friday afternoon.

The gators are known for their size and age. Big Tex holds the national record for the largest live-captured nuisance alligator at 13 feet 8 inches, and Big Al is a little over 13 feet. Big Al is 84 years old, according to Gator Country’s website.

"That was one of our fears all along that he would get out onto the highway," said Saurage.

It took about a dozen people nearly two and a half hours to get Big Tex out of a retaining pond and back into his habitat.

"Now I can focus on remolding Gator Country," said Saurage.

The group of rescuers had to pull the gator about the length of a football field to get him home, Saurage said.

Damage to the facility was extensive. Gary Saurage gave an update while surrounded by floodwater in a video his wife Shannon posted on Facebook Saturday, September 21.

“I’m in four feet of water,” he said, pointing to his main house and Gator Country’s facilities. “I can’t give you a report yet, guys, I’m still underwater."

But once the floodwaters receded, Saurage posted a video showing Big Al perfectly fine in his home at Gator Country.

Gary Saurage said 70-75% of park's gators had been accounted for as of September 23.

Credit: Lauren Hensley
A group is gathered to get Big Tex back to his home inside Gator Country Friday, Sept. 27.

RELATED: 'Big Tex' unaccounted for as Gator Country continues to recover after Imelda