“Big Al” is a 13’4” alligator that weighs more than 1,000 pounds and was formerly the largest gator in captivity in Texas. 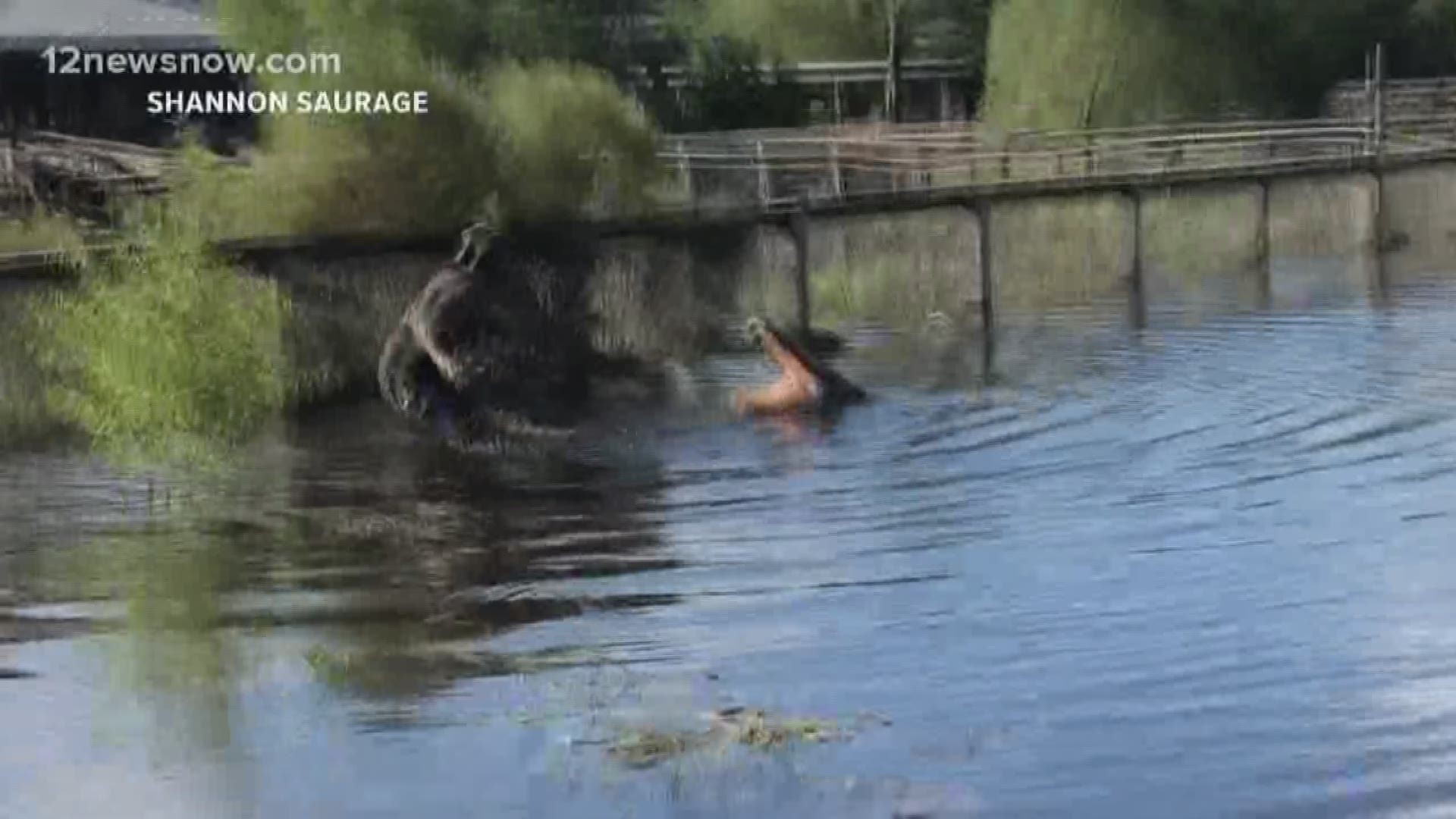 BEAUMONT, Texas — Two days after describing the flooding of Gator Country as the hardest battle he’d ever fought Gary Saurage found a reason to celebrate.

“Big Al” is safe and sound at the park Saurage, who owns the park west of Beaumont, announced in a short video posted to Facebook by his wife, Shannon Saurage on Monday afternoon.

“Al” is a 13’4” alligator that weighs more than 1,000 pounds and was formerly the largest gator in captivity in Texas.

On Saturday Shannon Saurage posted a video of Saurage asking his fans to be patient as they asked for reports on the park and the alligators.

“Right now folks I cant give you an alligator report. We don’t know,” he said in the video.

“The water just won’t leave,” Saurage said in the video as he waded through more than four feet of floodwater at his house on the park’s property.

But Monday afternoon, Saurage posted a video in which he excitedly yelled: “All right everybody we didn’t do an update all day long, but we got one heck of an update for ya!”

“What a win today in all this water, check it out,” he yells.

Then, as the camera pans to the right, Saurage yells, “Check who never did leave. There he is folks!”

Big Al’s huge mouth can then be seen across the water as a Gator Country employee entices him to open his big toothy mouth.

“Today was a huge win...the Legendary Big Al is safe and sound at Gator Country!!! Sorry the video cut off a little short!!!! Whoooohoooo!!!,” Saurage wrote on the post.

Gary Saurage told 12News on Monday afternoon that 70-75% of park's gators had been accounted for so far and that he'd know more later in the week.

A friend of the Saurage’s has started a GoFundMe account to support them and the park.

RELATED: How to file a flood insurance claim

RELATED: Alligator swims up to Fannett home during Imelda flooding

The GoFundMe was shared on the park’s page with a post stating “This is a legit account and it will be going towards feeding the animals and getting the park up and running again.”