What's the coldest temperature ever recorded in Beaumont, and can we break that record next week? 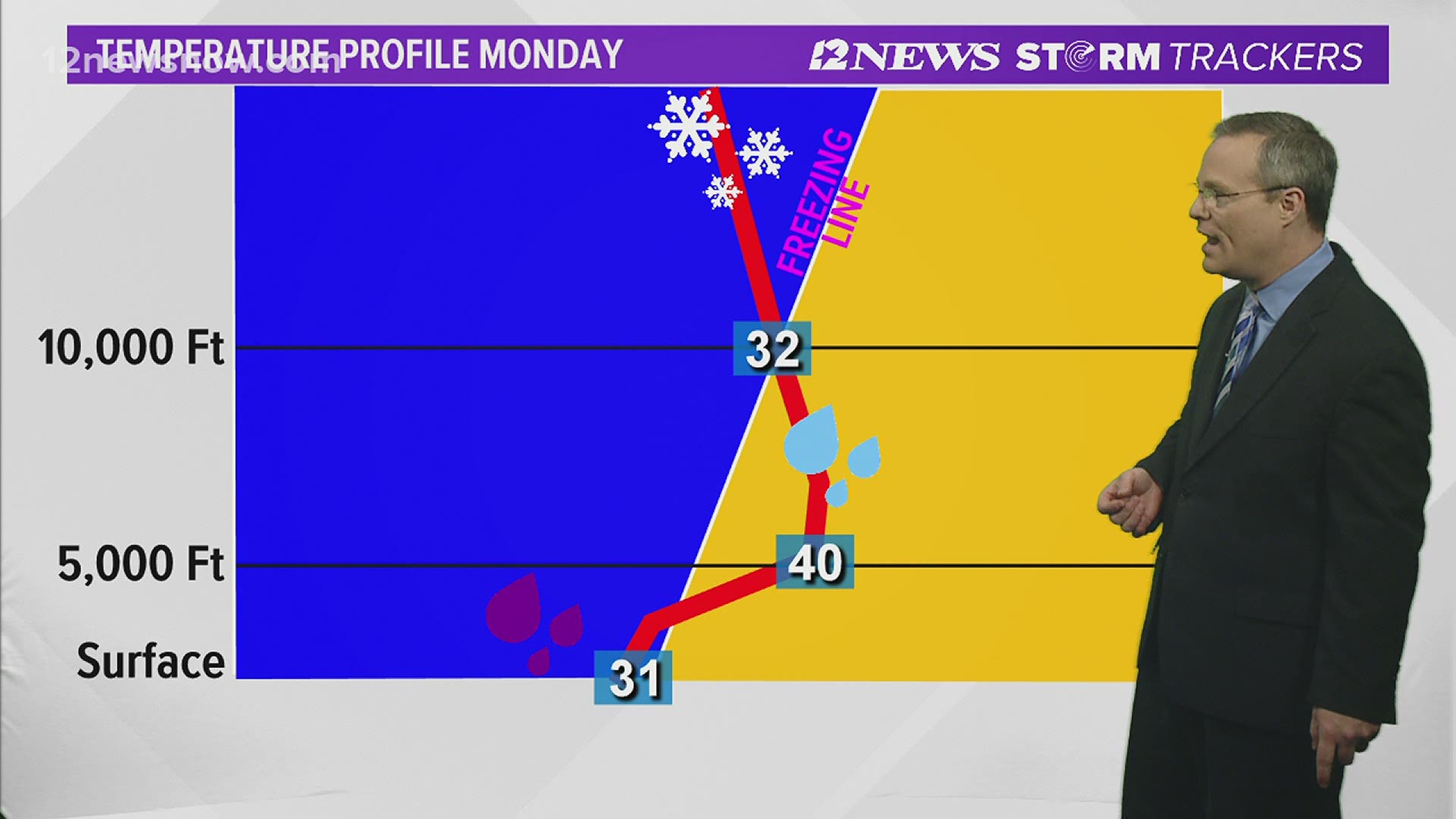 BEAUMONT, Texas — Southeast Texas is bracing for a bone-chilling arctic blast that will send temps into the 20s and possibly teens. In fact, some forecast models show the potential for single-digit temps in northern parts of Southeast Texas next Tuesday.

It's not often that the mercury falls that low across the Golden Triangle, but it has happened before.

In fact, a single digit temperature has never officially been recorded in Beaumont. But it got close in 1906. That's when the all-time official record low of 10° was set on February 6.

We say that we have never officially recorded single-digit temps because it is possible that the area saw temps as low as 6° during the great arctic outbreak in February 1899. We know that Houston got down to 6° during that historic outbreak, and the DFW area saw the mercury fall to -10°!

During that bitter cold spell, ice was seen flowing down the Mississippi River past New Orleans. There was even a one-inch thick layer of ice at the mouth of the Mississippi in Louisiana, according to data from NOAA.

Many from Beaumont will remember the 12° low recorded on December 23, 1989. It was part of a five day stretch of below-freezing low temperatures for Southeast Texas. Temps dipped to 19° on December 22nd and the area saw temps dip below freezing every morning until December 27th when the low was a balmy 35°.

While frigid temps are expected over the next several days, only time will tell if we break the coldest February temperature set 115 years ago this week!

Low temps Tues AM are currently forecast to be the coldest since Jan '18 in SE Texas when Beaumont dropped to 19. Temps in the upper teens are forecast for the Lakes Area, near 20 in Beaumont/Orange to the mid 20s in Port Arthur. https://t.co/UrJOAmpwrZ #12NewsNowWeather pic.twitter.com/JAqgaIGKN3