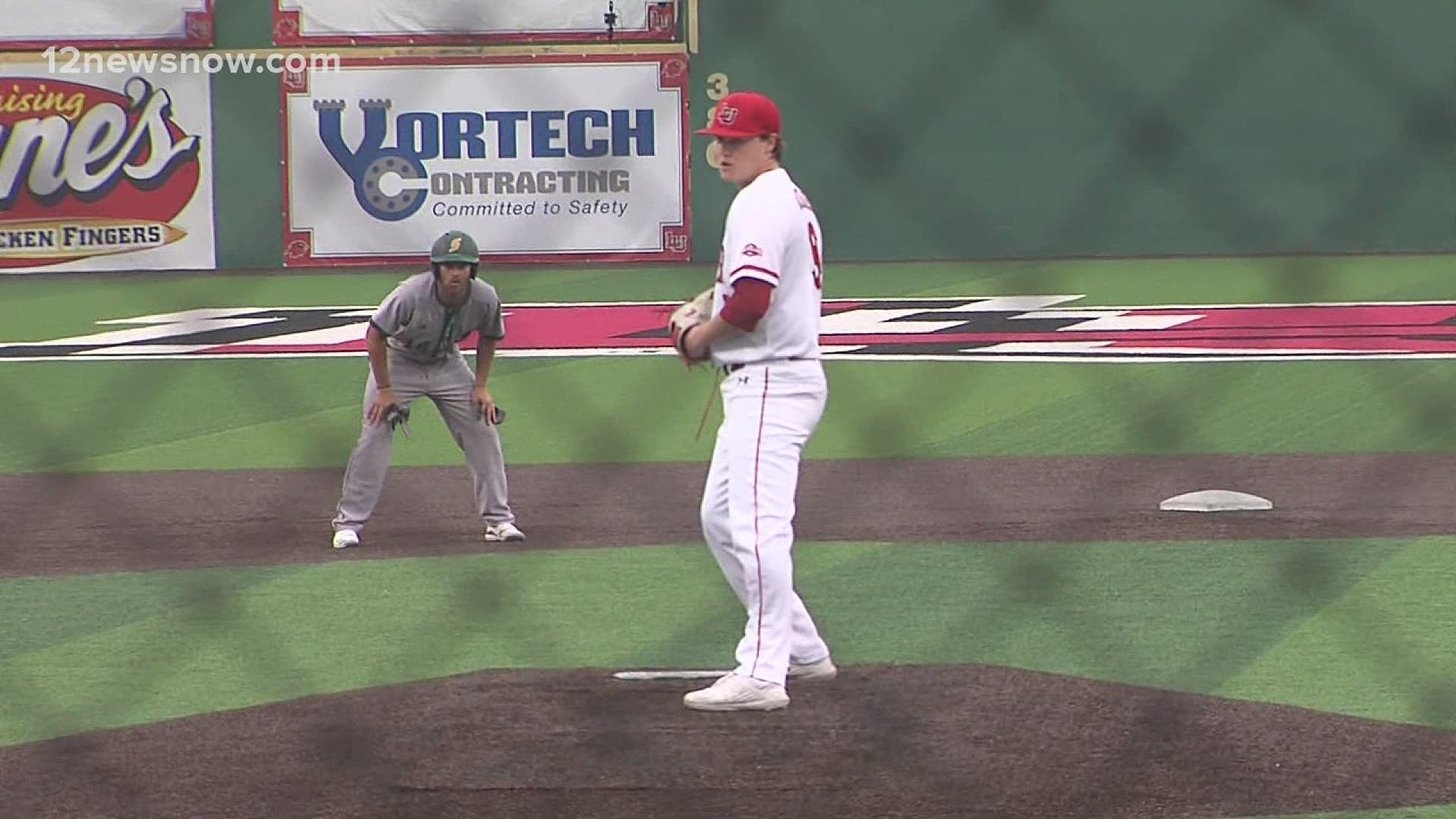 BEAUMONT, Texas — Southeastern Louisiana was held to just three runs on six hits but it came on a night when Lamar University (10-5/2-3 SLC) was kept off the scoreboard. The 3-0 setback marks the first time all season that LU has faced consecutive losses.

“If I was on their side, I would be worried that they had a lot of opportunities to blow it open and didn’t with all the walks that Trevin had,” said LU head coach Will Davis. “I’ve been on that side of it before and sometimes it comes back to haunt you. Their kid pitched really well tonight and it ended up not mattering.

“Daniel and Max did a good job out of the bullpen of holding them right where they were at and saving the bullpen for the rest of the week. Those two really stepped up for us.”

The Cardinals sent Trevin Michael to the mound Friday evening, but the Oklahoma native struggled with location. Although surrendering just two runs – one earned – on two hits with six strikeouts, Michael was hurt by base on balls. He walked six Lions which elevated his pitch count forcing head coach Will Davis to go the bullpen with one gone in the fifth inning.

Junior Max Mize and sophomore Daniel Cole came on and pitched 4.2 of relief surrendering just four hits and giving up just one run.

Southeastern’s Will Kinzeler pitched 7.0 innings surrendering just one hit and striking out seven (with four walks) to get the victory for the visitors.

The Lions put up solo runs in the second, fifth and eighth innings to methodically build their lead. LU got baserunners on throughout the night but never got the clutch hit when they needed it stranding eight.

The Cardinals threatened in both the 6th and 9th innings. In the home half of the 6th, the Cardinals got their first two batters aboard following an error and a walk, but Kinzeler worked his way out of traffic with a strikeout and two fly outs.

With one out in the ninth, the Cardinals got back-to-back singles from Deric LaMontagne and Reese Durand. LaMontagne eventually got to third on a fly out to right off the bat from Cole Girouard, but SLU’s Noah Hughes recorded his second save of the season when he got Jose Cintron to fly out to deep center field.

The Cardinals will look to get back in the win column Saturday when they step back on the field to open a doubleheader against the Lions. The first game is slated for a 1 p.m. first pitch from Vincent-Beck Stadium.