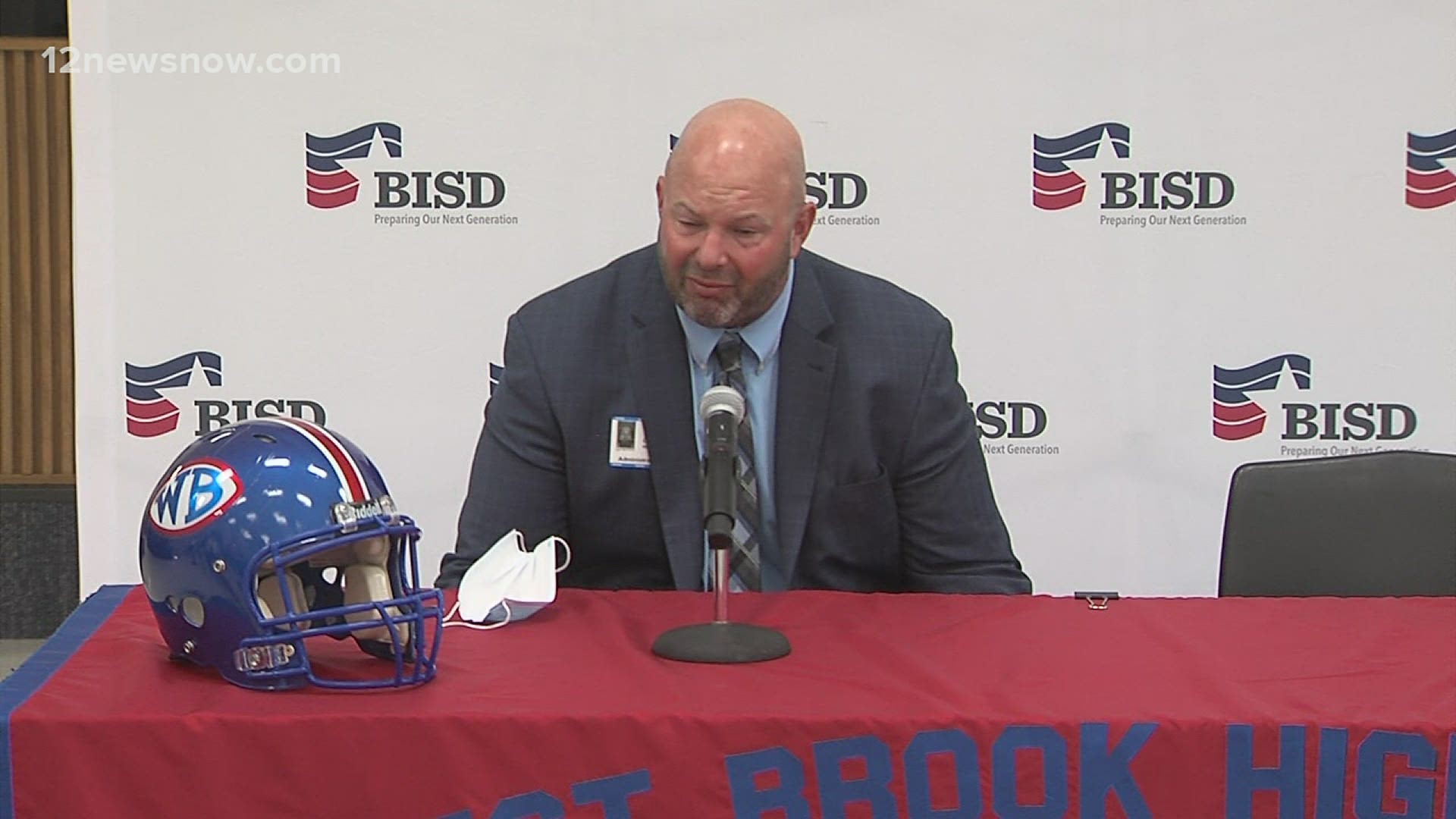 BEAUMONT, Texas — There is something special about coming home. This afternoon West Brook welcomed back one of their own to lead the area's only 6A football program.

"First of all what a blessing to be back home where it all started for me."

"Beaumont has been a special place. I've always repped the 409 like I say. I love the 409. I'm so honored to be home and add to the tradition and it's a great tradition."

Langston would go onto the thank those that inspired him including his former head coach at the Brook, the late Jerry Hentshel

"I also want to thank a very special man in my life tha was my head coach, Coach Hentshel. I would  definitely not be here today if it weren't for coach. I know he's smiling down from Heaven. I was a pallbearer at his funeral and had a relationship with him until his passed, probably a couple of years ago."

It's been quite the journey for Chuck Langston with stops at Oklahoma, Trinity Valley Community College, Central Oklahoma, Lamar and North Texas on the college level. Along with high school stints at Groveton, Trinity and Port Arthur Memorial.

Langston's time leding UCO was cut short following an NCAA investigation. It's subject that he isn't shy talking about.

"When you make those mistakes you got to suffer the consequences. So I didn't shy away from the mistakes I made, I owned it and I moved on with my life. It was a valuable lesson you know to obviously learn at 30-years-old. 29, 30-years-old. And it was something that made me stronger. My relationships with my wife and kids became stronger and it was a great life lesson for me."

As far as his fiery coaching style, don't expect any changes.