With only three games left on the spring schedule, Lamar is still focused on bigger picture 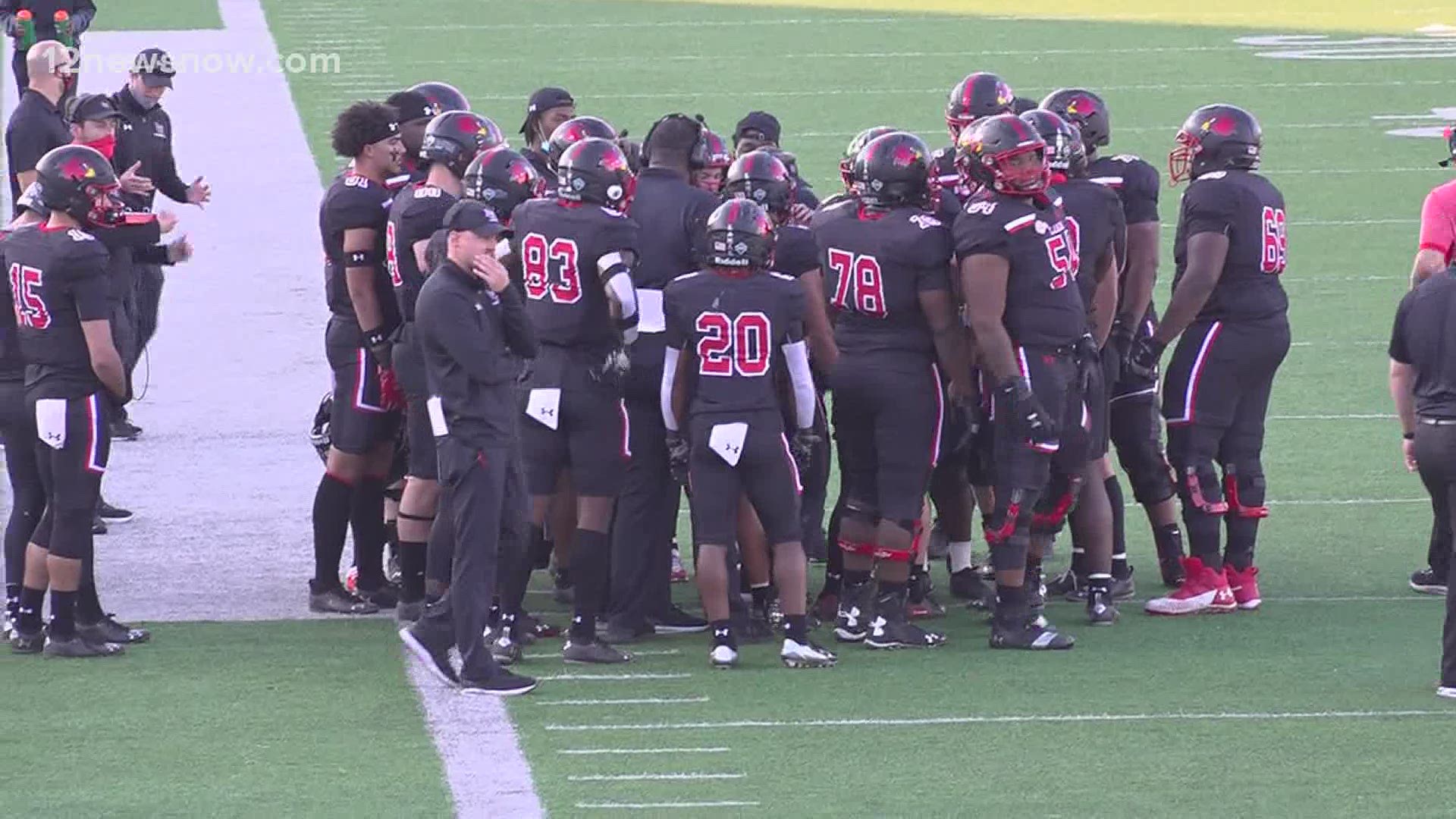 BEAUMONT, Texas — Trust the process, it's a term that's used a lot in sports especially during a rebuild.

The Lamar football team must do that after dropping to (1-3) following a 62-7 loss to nationally ranked Sam Houston State.

The Cardinals are in the home stretch of their six game spring sprint with injuries affecting an already thin roster.  Saturday Lamar will host winless Northwestern State at 3 pm.

So how do you keep a team focused on the bigger picture?

Coach Blane Morgan answered that during his weekly press conference.

"That's the most difficult thing. Cause you got older guys, that this is kind of their swan song and they're at the end of it. And so they want to go out and win and want to go out on top and a winner in their last couple of games and have success. And we want to. And then you got young guys that this is the very, very beginning of it. So you got to keep the old guys in it and try to end the season with some success. And then the young guys they just got to know they're at the very beginning of it and that we're just laying a foundation right now. And so I think that's the message. We're laying a foundation that the older guys are part of that. But we want to send those guys in this last home game and off with good memories."