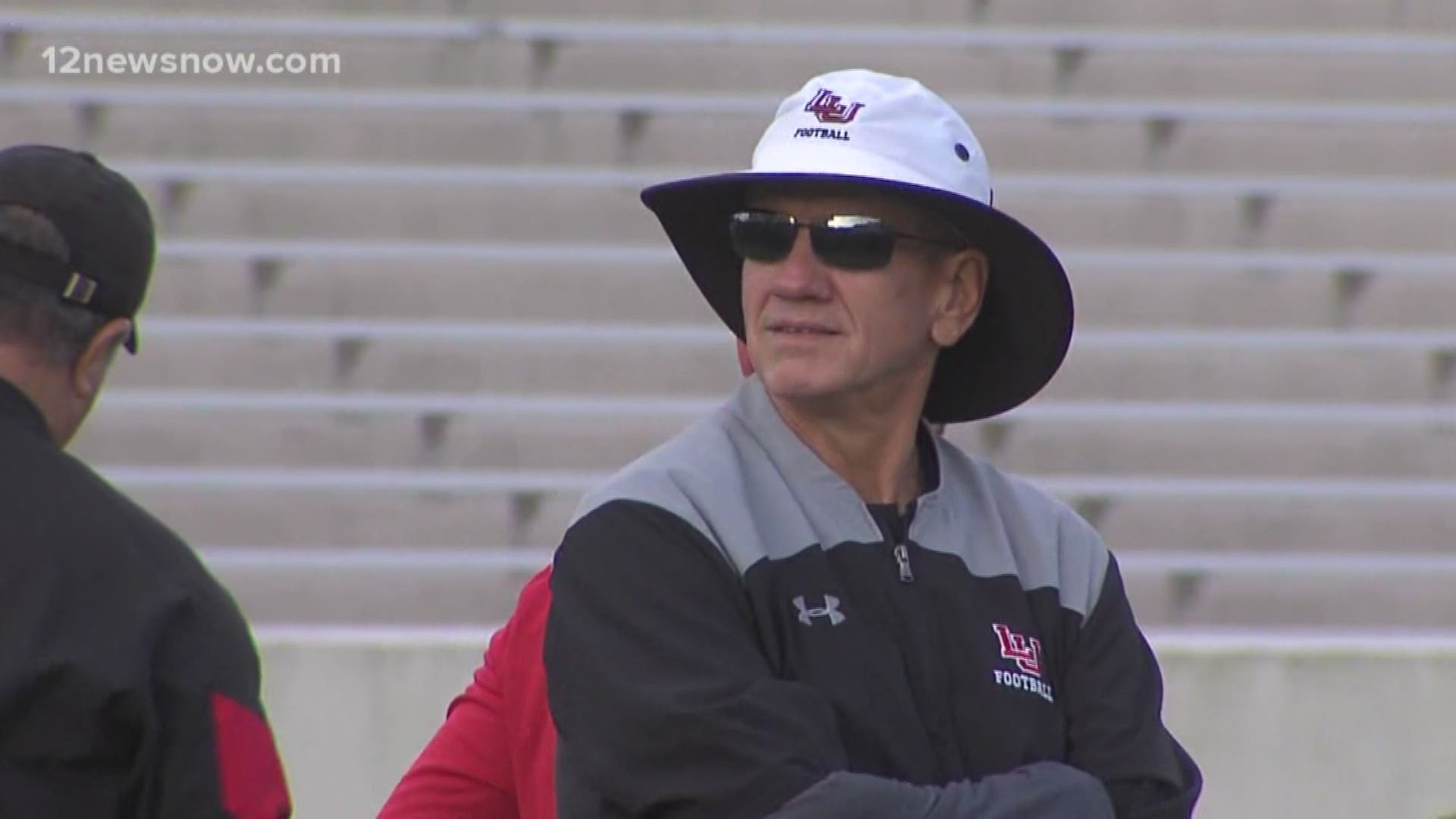 Schultz served as the head of Lamar's football program for three seasons, compiling an overall record of (13-22).

The move comes after a (4-8) season that included a last place finish in conference. The Cardinals ended Southland play with an (2-7) record, dropping their final five games.

Athletic Director Marco Born spoke to the media during halftime of the Lamar women's basketball game. "I think finishing last in the league is not something we necessarily strive for. I think we're a top three program in the league and it was a tough decision certainly."

Schultz, who was Lamar's second head coach since the rebirth of the program, was hired on December 21, 2016. After a (2-9) season, Schultz led the Cardinals to their first FCS playoff spot in program history. Lamar started the 2018 season with (1-4) record, before winning their next six games. The Cardinals lost in opening round at Northern Iowa, 16-13.

The Cardinals were (4-3) this year after a thrilling triple overtime win at nationally ranked Sam Houston State, but failed to win another game down the stretch.

Schultz was given an extension until 2021 by Athletic Director Marco Born and the university following the 2018 season. The extension included another one year option following 2021. Mike Schultz - Head Coach - Football Coaches
After succeeding as the offensive coordinator of efficient, high-octane offenses for the better part of 16 years - 14 of those in the state of Texas - Mike Schultz enters his third season as head coach of the Lamar University football program.

Lamar falls in Battle of the Border to McNeese