Lamar falls in Battle of the Border to McNeese

The loss drops LU to 4-8 on the season and 2-7 in Southland Conference play. 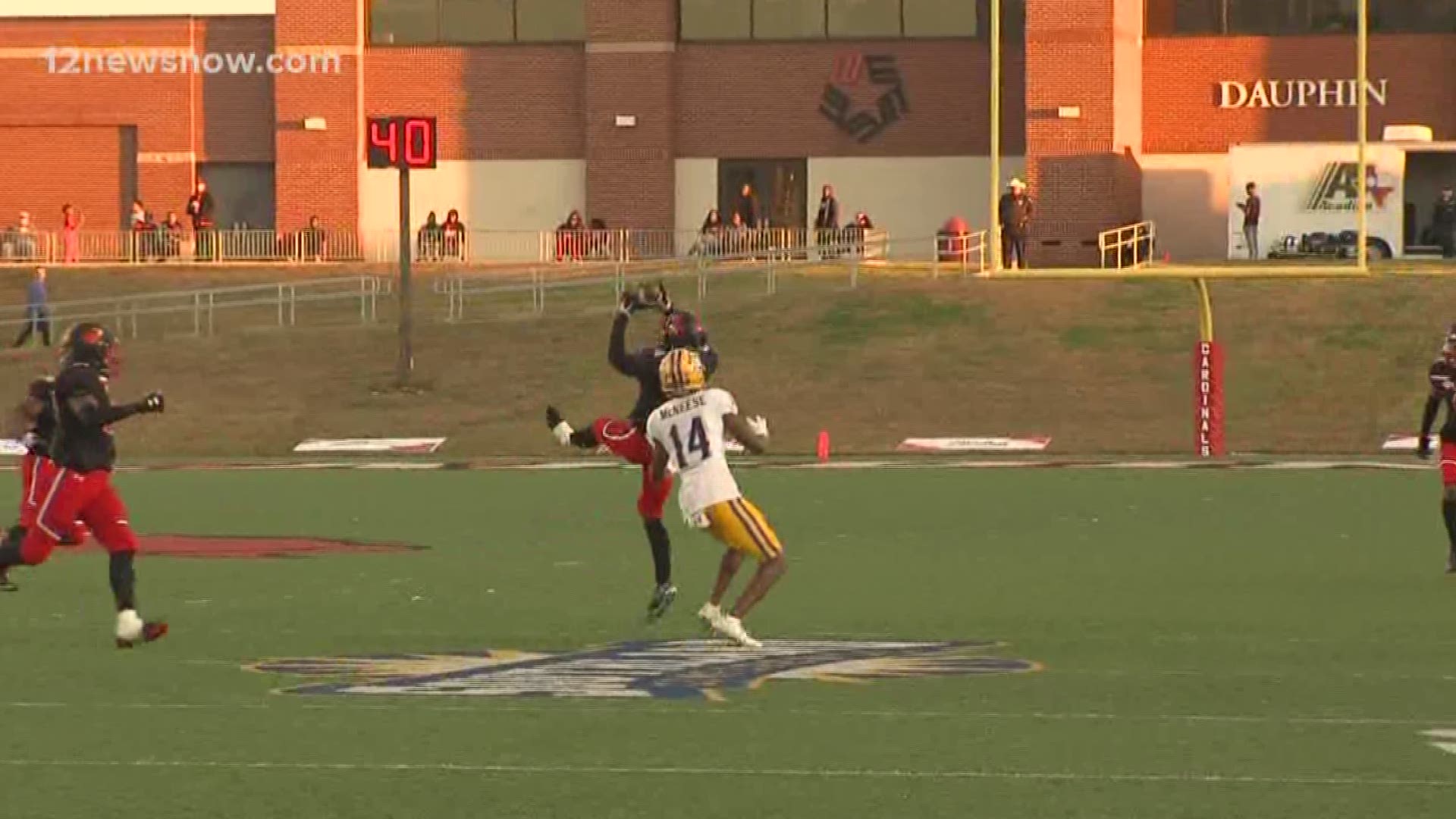 BEAUMONT, Texas — McNeese scored three times in the fourth quarter to pull away from Lamar University, 27-3, Saturday afternoon in the annual Battle of the Border from Provost Umphrey Stadium. The Cowboys had only one score heading into the final quarter and led by just four points with 14:09 remaining before pulling away late. The loss drops LU to 4-8 on the season and 2-7 in Southland Conference play.

A banged up Cardinals squad managed 210 yards of offense while McNeese finished the night with 518. Despite the disparity in yards of total offense, the Red and White managed to keep McNeese out of the end zone for the majority of the game.

LU's defense, led by 13 tackles from Anthony Ruffin and David Crosley, picked off two passes on the night but was unable to turn the Cowboy mistakes into points.

"Obviously, things didn't end the way we wanted them to," said LU head coach Mike Schultz. "We have 20 seniors in the locker room who have given us everything they have during their careers here. They've worked very hard to build this program and last year they were key in helping this program get to a place it had never been before.

"We did some good things tonight. Anthony Ruffin did a really good job of running down some guys that it looked like they make breakaway and score but he caught and stopped them. We never quit tonight. Our guys showed fight and determination until the final horn," added Schultz.

The Cowboys scored their first touchdown on the third play of the game when Cody Orgeron completed a pass to Trevor Begue over the middle for a 54-yard strike. It would be the only change on the scoreboard until less than a minute into the fourth quarter when Bailey Giffen booted a 39-yard field goal to pull the Cardinals within four, 7-3.

Following the LU field goal, the flood gates opened as the Cowboys managed to gain a little separation late. McNeese answered less than two minutes later when Orgeron scored on a 41-yard run. The Cardinals responded on the very next play from scrimmage as Shane Johnson hit Chazz Ward on a 34-yard pass play. Ward carried the ball out to the 49 yard line on the next play and the ball came loose but he was ruled down. After a review, the call was reversed and McNeese took over in LU territory. Five plays later the Cowboys punched it in from one yard out to take a 20-3 lead.

The Cowboys final score came with 5:14 remaining in the game. It came on a Justin Pratt one-yard run. McNeese finished the game with 280 rushing yards on the night.

"We're going to get back in this thing and get ready for next year," said Schultz. "We've got some guys coming back who will need to get healthy and we're hitting the recruiting trail."