The Cardinals will be in action Saturday when the host Central Arkansas in a doubleheader from Vincent-Beck Stadium. 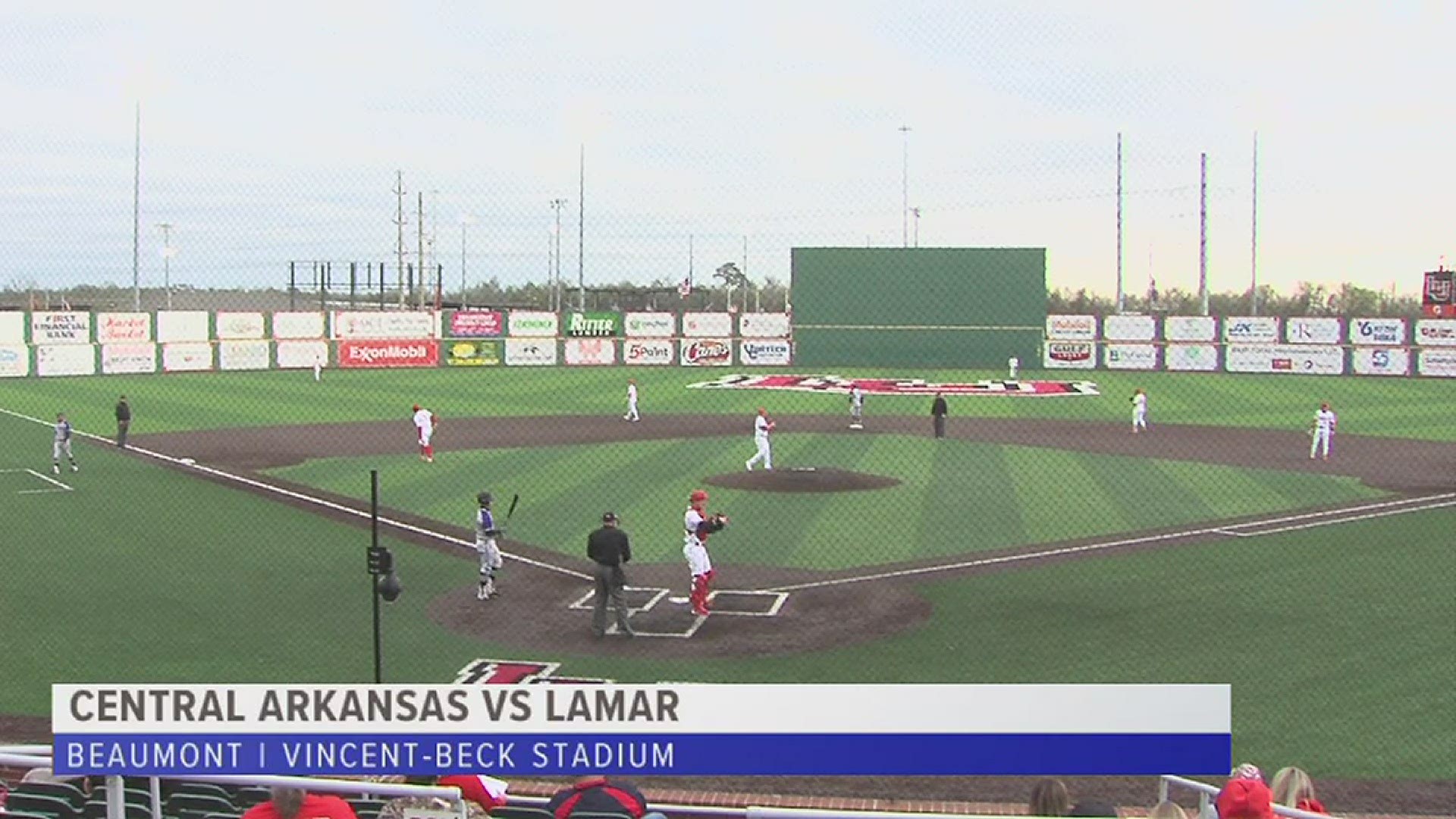 Lamar University got a first-inning two-run blast from junior Anthony Quirion, and the Lamar University pitching staff recorded 14 strikeouts as Big Red defeated Central Arkansas, 7-5, Friday night at Vincent-Beck Stadium. The victory improves LU to 9-2 on the season as they take their Southland Conference opener.

Trevin Michael got the start and went 5.1 surrendering five hits and walking four, while striking out eight. Michael ran into trouble in the sixth but the Cardinals turned the ball over to Joe Buckendorff who worked his way out of traffic and Jack Dallas came on in the ninth to record his sixth save, which leads the nation.

The Cardinals recorded 11 hits on the night and four players finish the game with multiple hits. Quirion and Chase Kemp both went 2-for-4 with a home run. Reese Durand and Avery George collected the other two two-hit games.

"I think our guys did a really good job applying the scouting report tonight," said LU head coach Will Davis. "(Mark) Moyer is a high spin-rate fastball guy. You have to get on top of him, because he beats you up. Tonight the wind was blowing out so if we could get to him I felt like some balls would jump."

Big Red fans didn't have to wait long to see the Cardinals get on the scoreboard. After George reached on an infield single, Quirion crushed the first pitch he saw over the fence in left center to give LU a 2-0 advantage.

The Bears answered back with a run in the top half of the third, but the damage could've been worse. UCA loaded the bases with only one, but George fired the ball back in off a Coby Potvin single to right which started a rundown which led to an out at third.

The Cardinals responded to the new lease on life with a four-run third. After Cole Girouard led off the inning with a triple to right (just missing a home run by inches), LU followed with hits from Kelby Weyler, Chase Kemp (double) and Deric LaMontagne (double). After a walk the Cardinals closed out the inning with a Reese Durand single.

The Bears tried to get some of those runs back in their half of the fourth. UCA scored a run after leading off the inning with three-straight singles. Michael closed the inning with back-to-back strikeouts.

Kemp made it a 7-2 game with his leadoff homer in the bottom of the 5th. UCA answered in the top half of the next inning with a run, but the Cardinals' pitching staff again worked its way through traffic. Michael was lifted after 5.1 when the Bears loaded the bases, but Joe Buckendorff came got the first batter to hit into a fielder's choice. The Bears scored on the play but LU was willing to trade the out for the run. Buckendorff then struck out the next batter he faced. UCA tacked on two runs in the ninth but could get no closer.

"Chase has been on an absolute tear," said Davis. "He had a good road trip – he hit a couple of homers and hit over .300 – but he also had numerous lineouts. So, his numbers could've been even better. He's really making the jump here this year and becoming the guy we recruited out of high school who led the state of Texas in homers."

The Cardinals will be in action Saturday when the host Central Arkansas in a doubleheader from Vincent-Beck Stadium. The first game of the doubleheader is slated for a 1 p.m. first pitch, with the second set for 4 p.m.