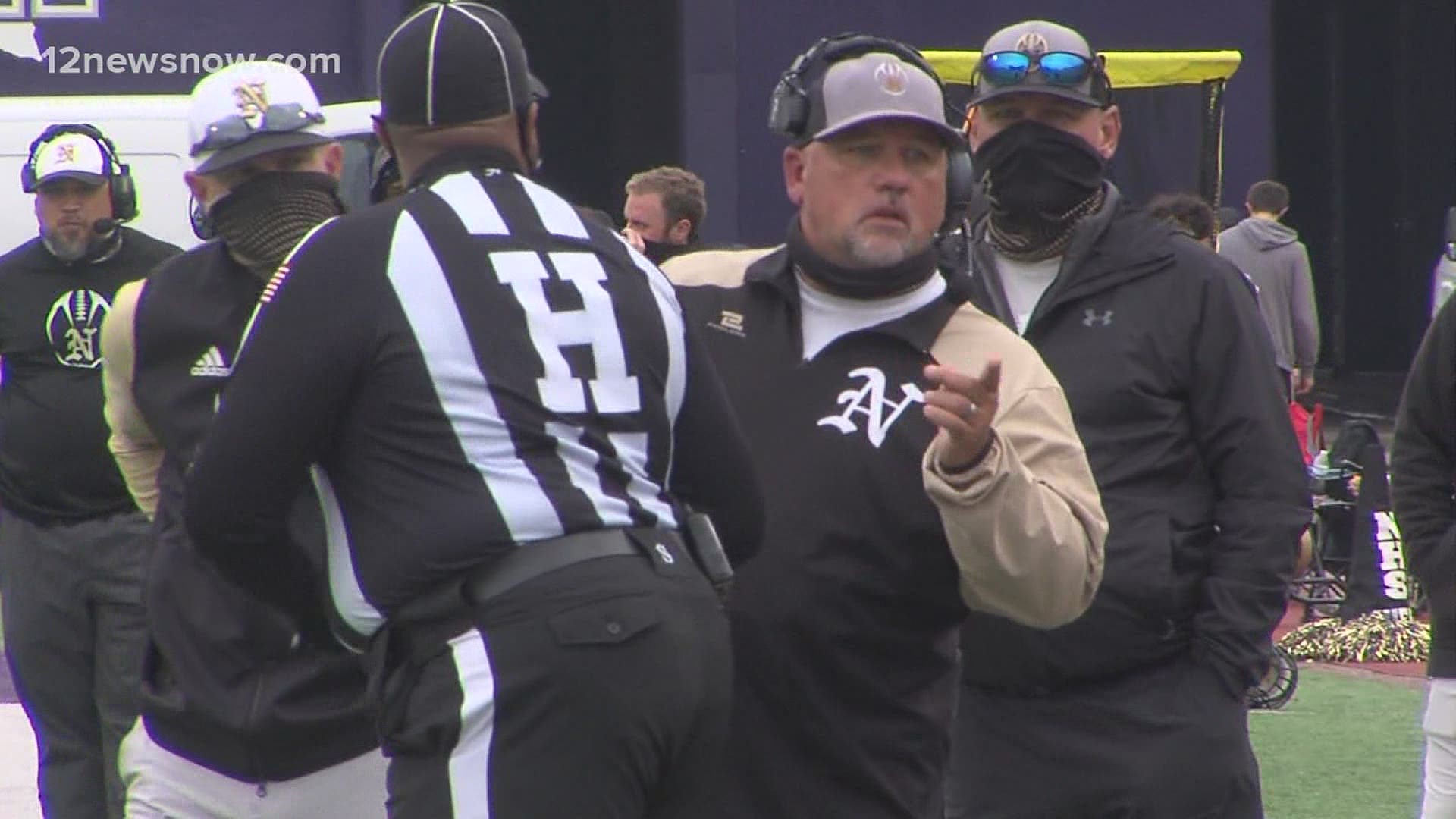 NEDERLAND, Texas — Nederland’s Monte Barrow has been voted by a panel of Southeast Texas sports media as the winner of the second annual National Football Foundation Bum Phillips Golden Triangle Coach of the Year Award.

Barrow led the Bulldogs to a 9-3 record, a District 21-5A co-championship and a spot in the regional semifinal round of the playoffs for the first time since 2012. Silsbee’s Randy Smith won the inaugural award in 2020.

Barrow will receive a ring crafted by Lee Briggs of Balfour along the lines of the Bum Phillips trophy presented annually to the winner of the Nederland-Port Neches-Groves game. Bum’s son, Wade Phillips, is once again coming in to make the presentation.

The ring presentation is set for 2:30 p.m. Monday, April 19 at the Museum of the Gulf Coast in downtown Port Arthur. Nederland fans, along with the general public, are encouraged to attend.

“This is a tremendous honor for me and for our program,” said Barrow, who has been the head coach at Nederland for four years and a part of the program for 28 years. “We had a special group of kids who worked their tails off and were willing to make the sacrifices necessary to be a champion. They left us all with wonderful memories.

“Any award with Bum Phillips’ name on it is extra special, and it’s even more special because of his coaching ties to Nederland. It will be a thrill to receive the ring from a coach as distinguished and successful at the game’s highest level as Wade. I will have to make it a point to check out his Super Bowl ring.”

The National Football Foundation is in its second year in the Golden Triangle. Other Texas NFF chapters are located in Houston, Dallas, Austin and Lubbock. Nationwide there are 120 NFF chapters in 47 states, with a total membership of over 12,000.

Among the missions of the NFF is operating the College Football Hall of Fame in Atlanta and presenting scholarships and coaching awards throughout each chapter across the United States. Archie Manning is the current NFF Chairman of the Board.