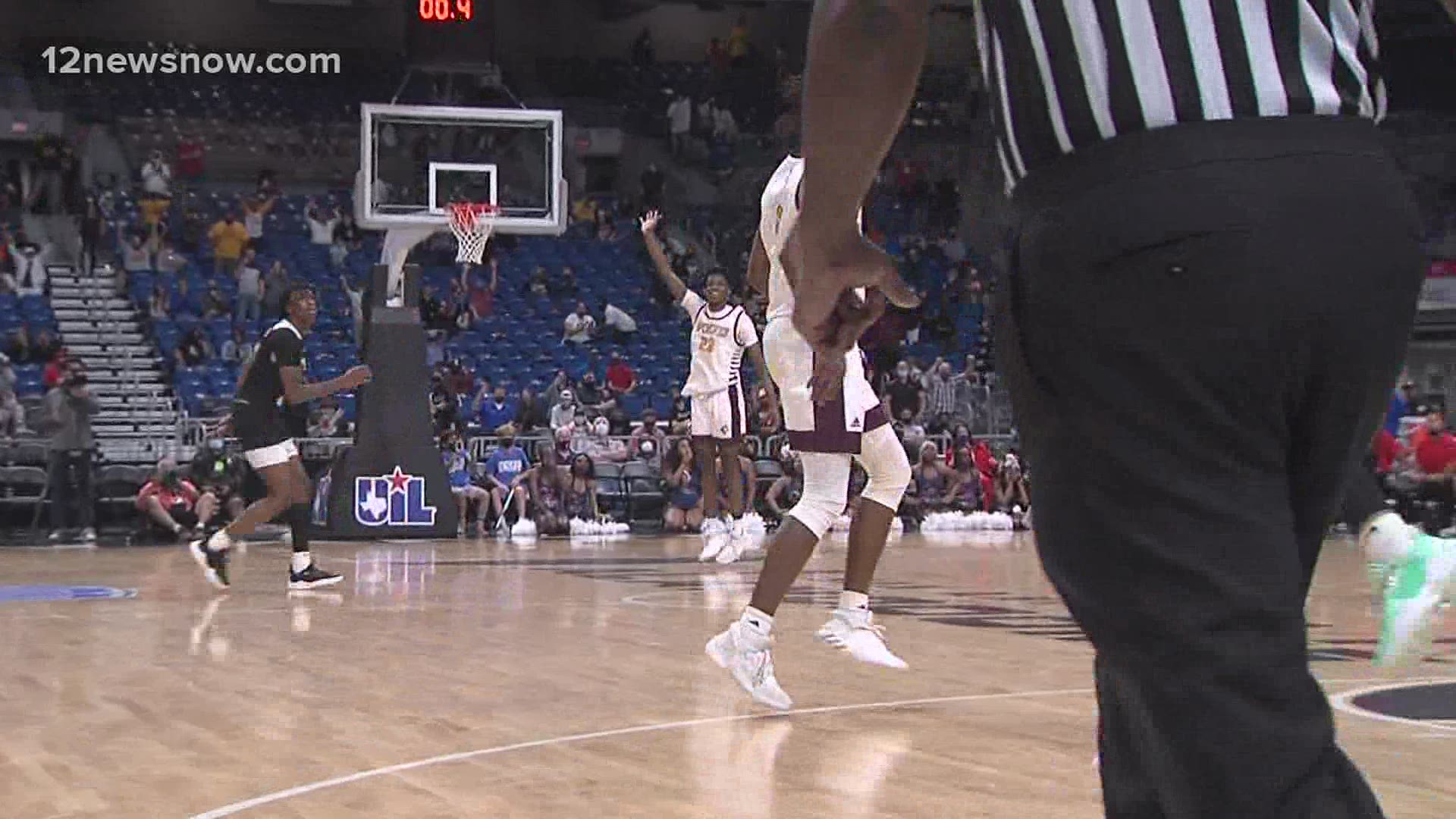 BEAUMONT, Texas — It's the type of ending you see in movies. A buzzer beater to win a State Championship. On Friday night in the Alamodome it took two unbelievable shots by Terrance Arceneaux to give Beaumont United their first State Championship.

The Timberwolves seemed to be well on their way to a 5A title when they built a seventeen point lead over Dallas Kimball late in the second quarter. Instead the Knights rattled off eight-straight points to cut Beaumont United's lead to nine at halftime.

That lead was down to seven after three quarters.

With just over six minutes left a huge Terrance Arceneaux dunk would put United back up by ten points.

But then the momentum would change. With 2:35 on the clock Arterio Morris gave the Knights a brief one-point lead.

Kimball would go on top again with just 58 seconds left thanks to another Morris buck.

The lead would expand to three, with 20 second left. That's when Arceneaux delivered the first shot heard round the 409.

Falling towards his bench Arceneaux buried a game-tying three-pointer with 1.8 seconds left on the clock. Moments later the 5A Championship was heading to overtime.

In the extra period it looked as if BU was doomed again, trailing by two late. Instead the Timberwolves executed a perfect inbound pass to Trealyn Porchia who found Arceneaux at the top of the key. From there the rest is history. The 5A State Tournament MVP capped off his 24-point performance with a three-point buzzer beater to give Beaumont United the title.

"I'm confident in my shot so I knew if I got it up, I knew it was go home or win it like we did."

Coach David Green reflected on the Timberwolves undefeated run in what was the program's third season.

"You know it's special. You know you look at it, once we were undefeated at the end of the year I said man we can actually do this. To finish with an undefeated season that would be something great. Hey man they can't take it from us. We're thirty-one and oh. We will be remembered."