Hardin-Jefferson edged in 4A State Championship, 56-55 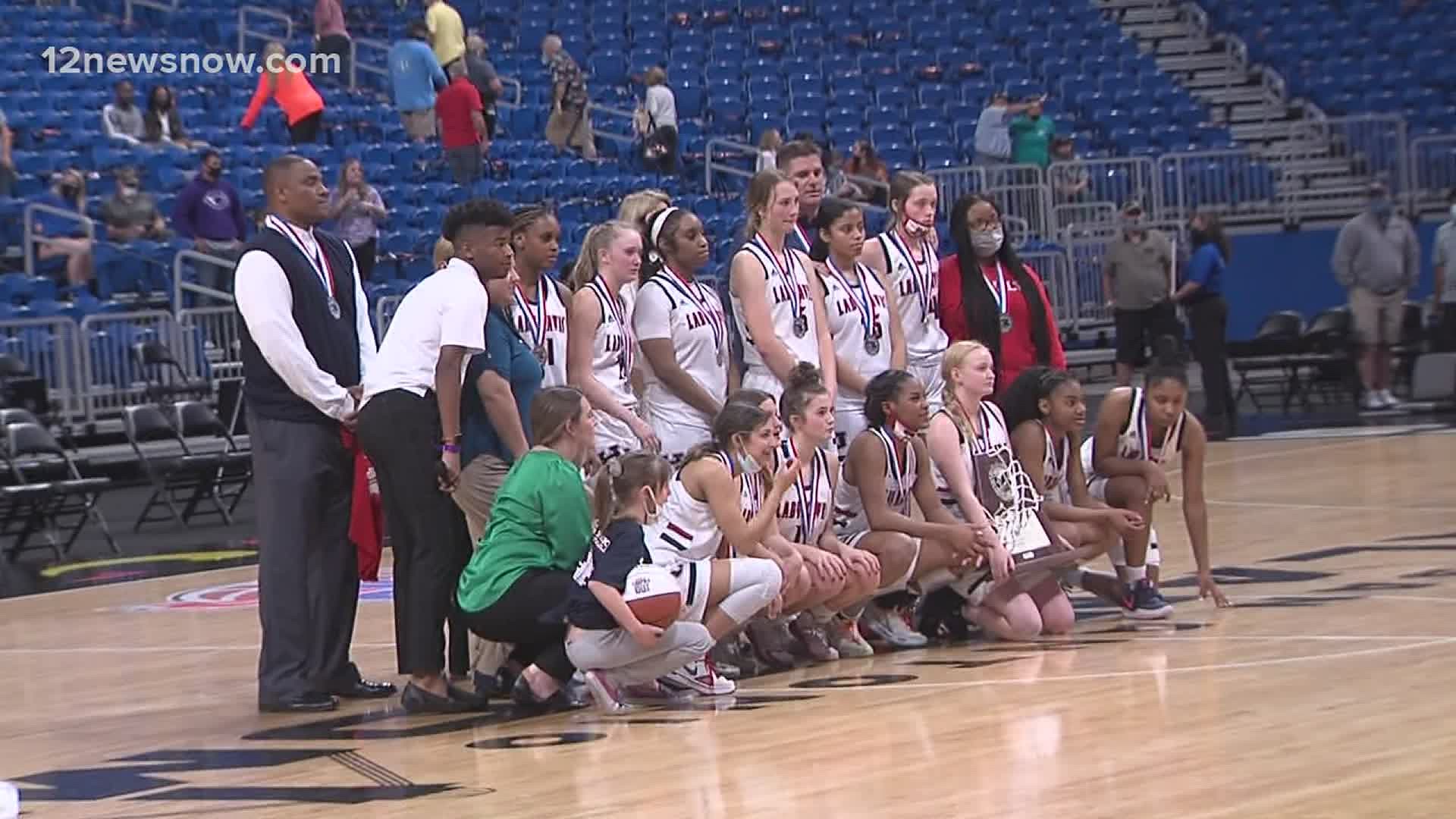 SAN ANTONIO — An eight-oh Canyon run with under two minutes remaining dashed Hardin-Jefferson's title hopes as the Lady Hawks fell in the 4A State Championship, 56-55.

In a game that featured nine ties and eleven lead changes, HJ took a 52-48 lead with just under two minutes left thanks to a Molly Beavers bucket off a rebound.

At that moment it felt like Hardin-Jefferson was on the way to their first championship since 1989, instead the unthinkable happened.

The Lady Hawks turned the ball over with 1:32 left in the 4th, leading to a Kenadee Winfrey three-pointer.

With their lead down to one, HJ turned it over again. This time Zoey McBroom drilled a three to give Canyon the lead twelve seconds later.

That lead would grow to four thanks to a pair of free throws with under a minute left.

Duke commit Ashlon Jackson capped off her 27-point performance with a three at the buzzer, but it wasn't enough.

After the game the junior sounded determined to get back next year.

"You know we all thought we were going to win it, but you know they executed. We certainly didn't I would say. So that's what we got to do. We gotta learn and we'll be back for sure next year with a gold medal."