Timberwolves and Shewolves both honored during community pep rally 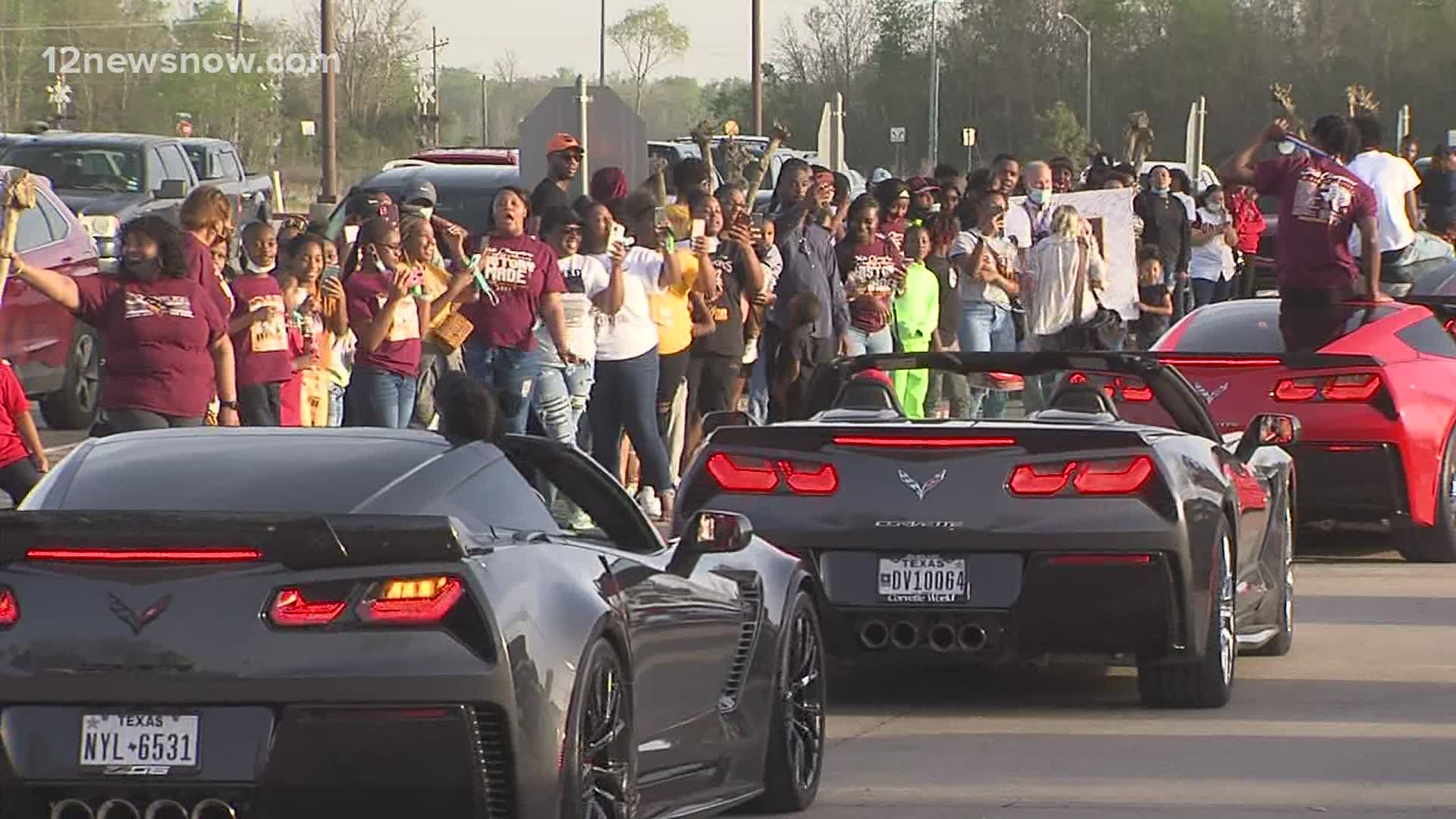 BEAUMONT, Texas — It was the shot heard round the Lone Star State. Terrance Arceneaux beating the buzzer to propel Beaumont United past Dallas Kimball in the 5A State Championship.

Arceneaux was still all smiles when talking about the shot. "It feels great to know that I made history and was able to bring a State Championship home to Beaumont. It feels great knowing that I did that and the way that I did sir."

Things got started with a parking lot parade that celebrated both teams accomplishments before taking things inside the stadium for a community pep rally.

Wesley Yates, III was impressed with the turnout. "It's crazy cause there's a whole bunch of people out there. The community, they're real supportive no matter how good we do. They're going to always be there. So it's good to see everybody out here."

The Timberwolves title is even more special considering they ran the table going a perfect (31-0).

Kendris Henry knows their legacy will live on. "It feels good cause when we get older our kids get to see it too. And I know, we'll remember for life until we're gone."

Henry went on about the bond of his team.

"Always, these are my brothers man. We've been knowing each other for a long time, but this right here brought us even closer. My senior year and I'm glad I went out with a bang. And I love them cause they really made me take basketball serious."

And while Arceneaux's shot will be remembered forever, that's not the only thing he's taking from this dream season.

The Timberwolves should be a force again next season with only two players being lost to graduation.