Lady Hawks & Timberwolves advance to the Alamodome in respective districts 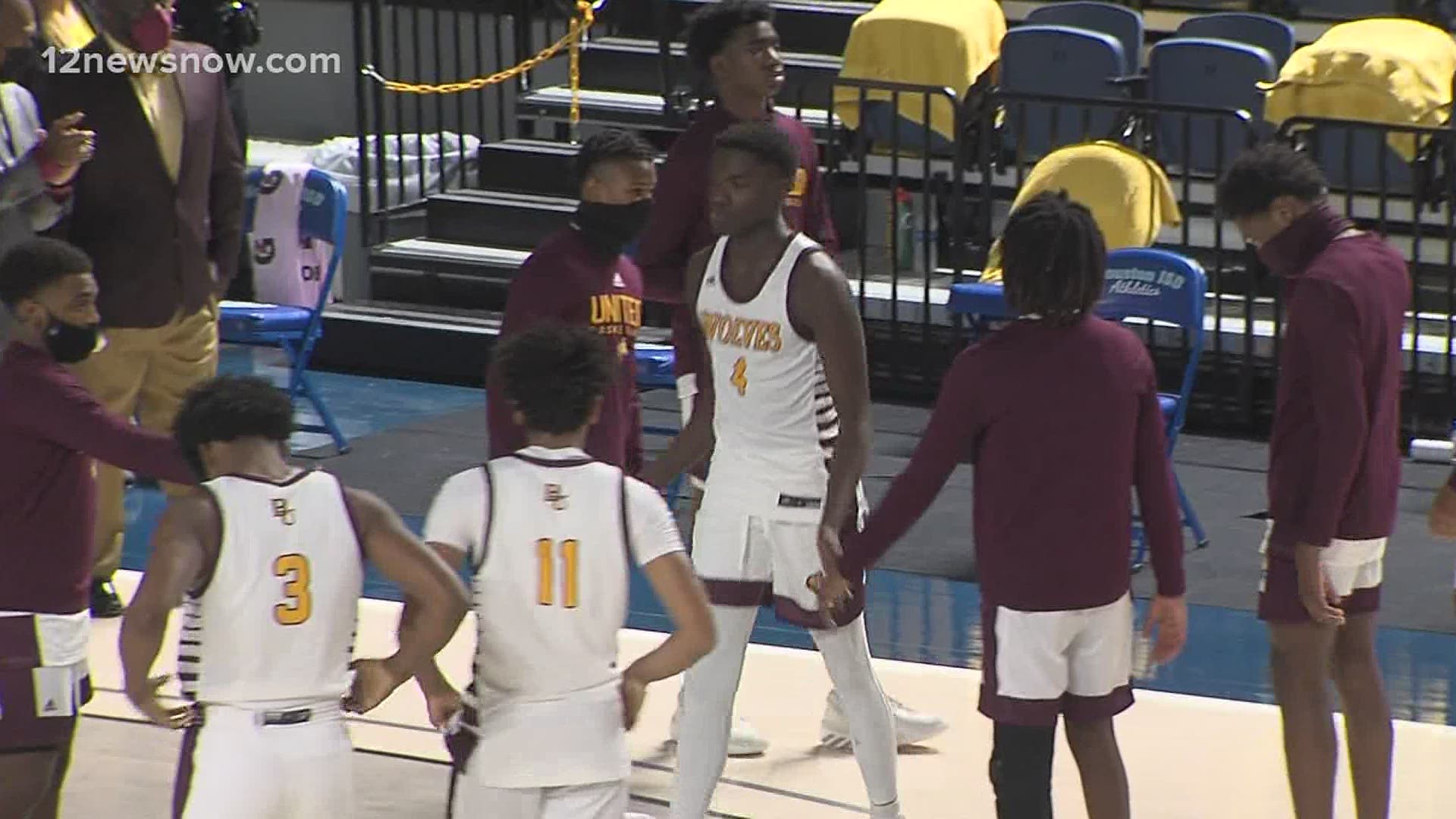 BEAUMONT, Texas — March Madness is starting a little early in the 409!

The Beaumont United Timberwolves and the Hardin-Jefferson Lady Hawks have both advanced to the state championships at the Alamodome in San Antonio.

And 409Sports will be live from San Antonio for all of the action!

The BU Timberwolves advanced to the 5A state championship after a dominating performance against Leander Glenn in the semifinal game.

The Timberwolves will be in a showdown against Dallas Kimball Friday night at 7 p.m. in the 5A boys championship game.

The Timberwolves are 30-0 on the season as they advance to their first state title game in the school's third season.

The Hardin-Jefferson Lady Hawks are soaring into San Antonio undefeated for the 4A station championship Thursday.

"I don't think they care about history because they weren't alive for a whole lot of them," head coach Mike Fogo said. "And so with the young group today, it's about right now."

The Lady Hawks have a core group of players ready for the challenge. Among them, Duke commit Ashlon Jackson.

"Coming back from the eighth grade going to state my ninth grade year, it was bittersweet. But now it's a different feeling. It's like I'm going there to win, nothing else," Jackson said.