LCM's Da'Marion Morris is the 409Sports Athlete of The Week 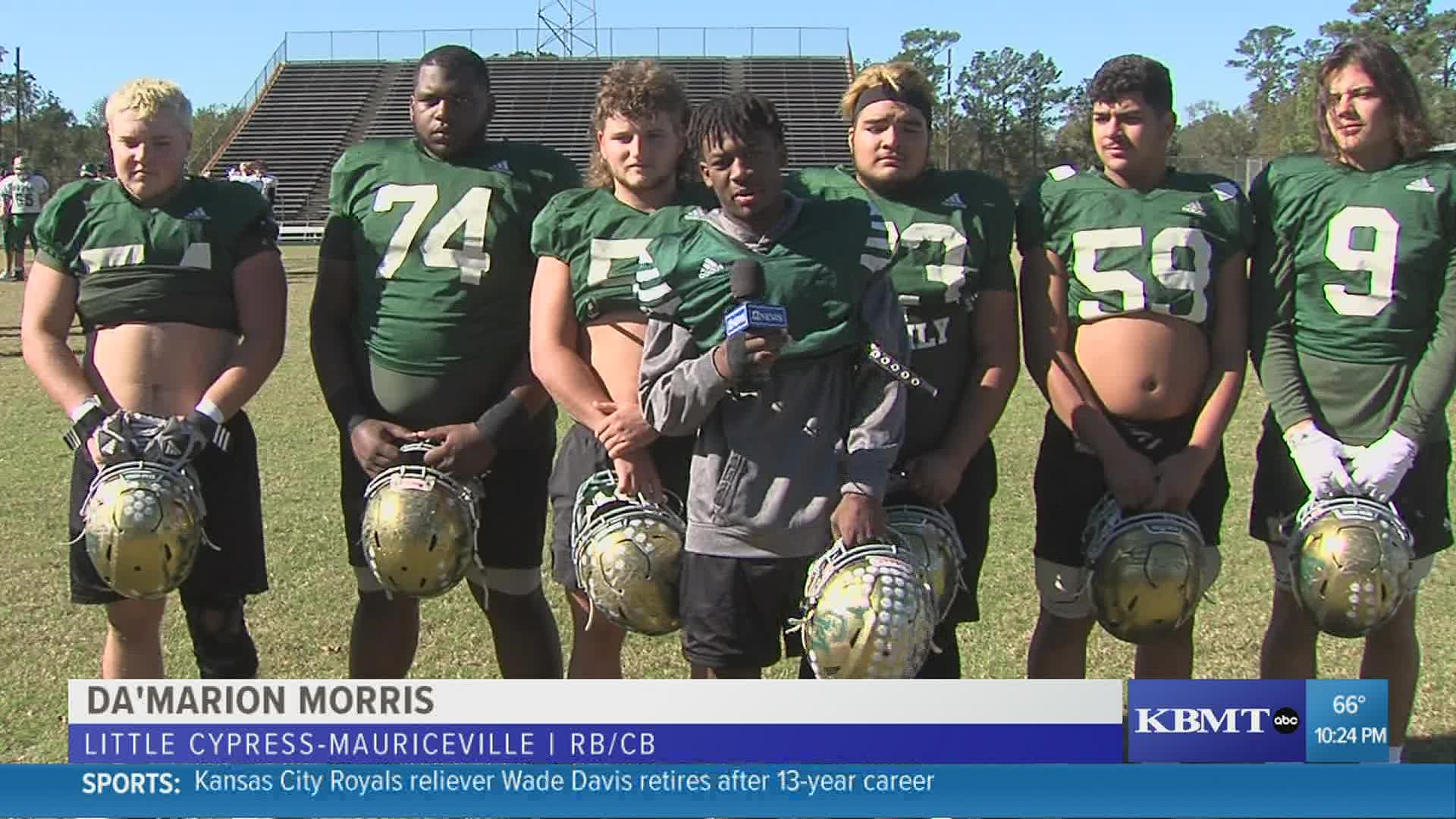 ORANGE, Texas — He's been the epitome of consistency for LCM. Last week, Da'Marion Morris stepped up yet again as he torched Columbia for over 200 yards rushing and three touchdowns.

Head Coach Eric Peevey has high praise for the junior.

Morris gives credit to the big guys up front for his success out of the backfield.

"Yeah I show love to them. Without them I couldn't be able to make all these rushing yards and stuff. I give my hat off to them. I feel like this the best offensive line that I had since I've been here."

And while Morris has always been a weapon, Coach Peevey has seen one major improvement during his junior season.

"His vision. You know our style of running the football, not just inside zone. We're working our wide zone. It's not just an outside play, but his ability to stick the foot in the ground and get up vertical, that really the thing. And I really think his offseason workouts. His lower body is a lot stronger than he looks. He squats over four hundred pounds. So that's really helped him get off a lot of tacklers this year.'

LCM's Da'Marion Morris is the 409Sports Athlete of The Week!