A series of conservative bills are moving through the Texas House and Senate while garnering plenty of national attention. 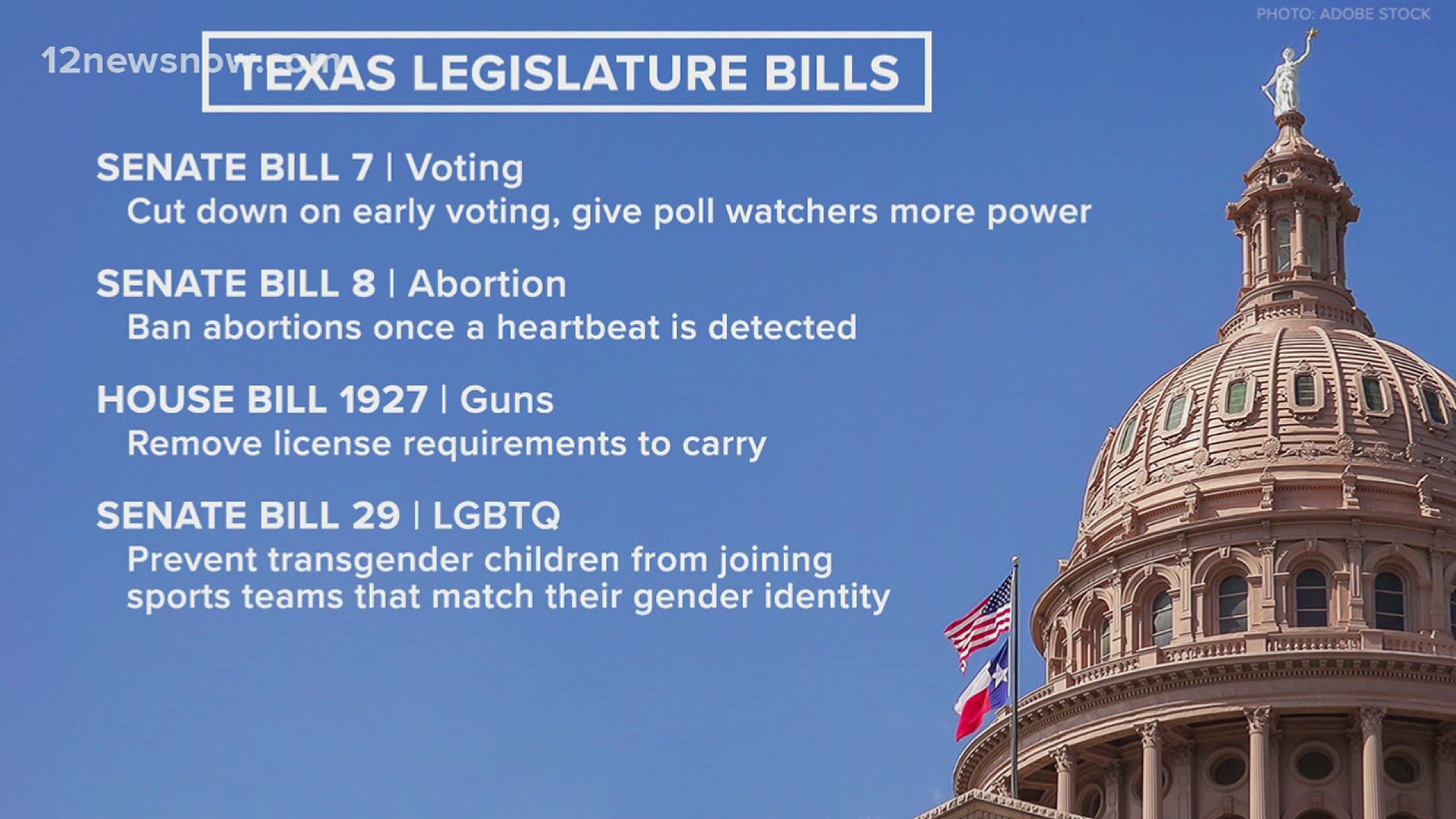 BEAUMONT, Texas — This year’s Texas legislative season has seen a number of hot topic bills introduced with plenty of debate and pushback on several of the measures.

A series of conservative bills are moving through the Texas House and Senate while garnering plenty of national attention and stirring up some political controversy as well.

Here’s a look at some of those topics generating lots of interest this time around with most only steps away from becoming law.

Senate Bill 7 focuses on voting and would cut down on early voting and give poll watchers more power.

Those who support it say it focuses on voter integrity but those who oppose it call it voter suppression.

House Bill 1927 deals with  guns and would remove license requirements to carry.

"Republicans are in control and man they're doubling down,” says Beaumont Enterprise political analyst Thomas Taschinger.

The series of bills are moving through the Texas capitol and have Republicans celebrating and Democrats fuming.

“They're going through with permitless carry. They're pushing abortion restrictions. They're trying to scale back on voting access,” Taschinger said.

While the bills have plenty of political implications Taschinger says it’s the economic impacts that have some wondering if the state is moving too far, too fast.

Other Republican-controlled states like Georgia and Florida have already passed similar voting bills and other conservative backed bills that focus on transgender rights.

Both states have received criticism as well as national attention over their bills.

Major League Baseball decided to move the 2021 All-Atar game out of Atlanta in response to Georgia’s new voting rules.

These kind of impacts could soon be hitting the Lone Star State.

“It's the symbolic effect. I mean, Jerry Jones is not going to want to lose a super bowl in Dallas. If a final four event could've gone to Houston but it gets moved away that's a big psychological blow,” said Taschinger.

He believes Texas Republicans will have another chance to exert their power soon with the re-drawing of congressional districts including two new ones.