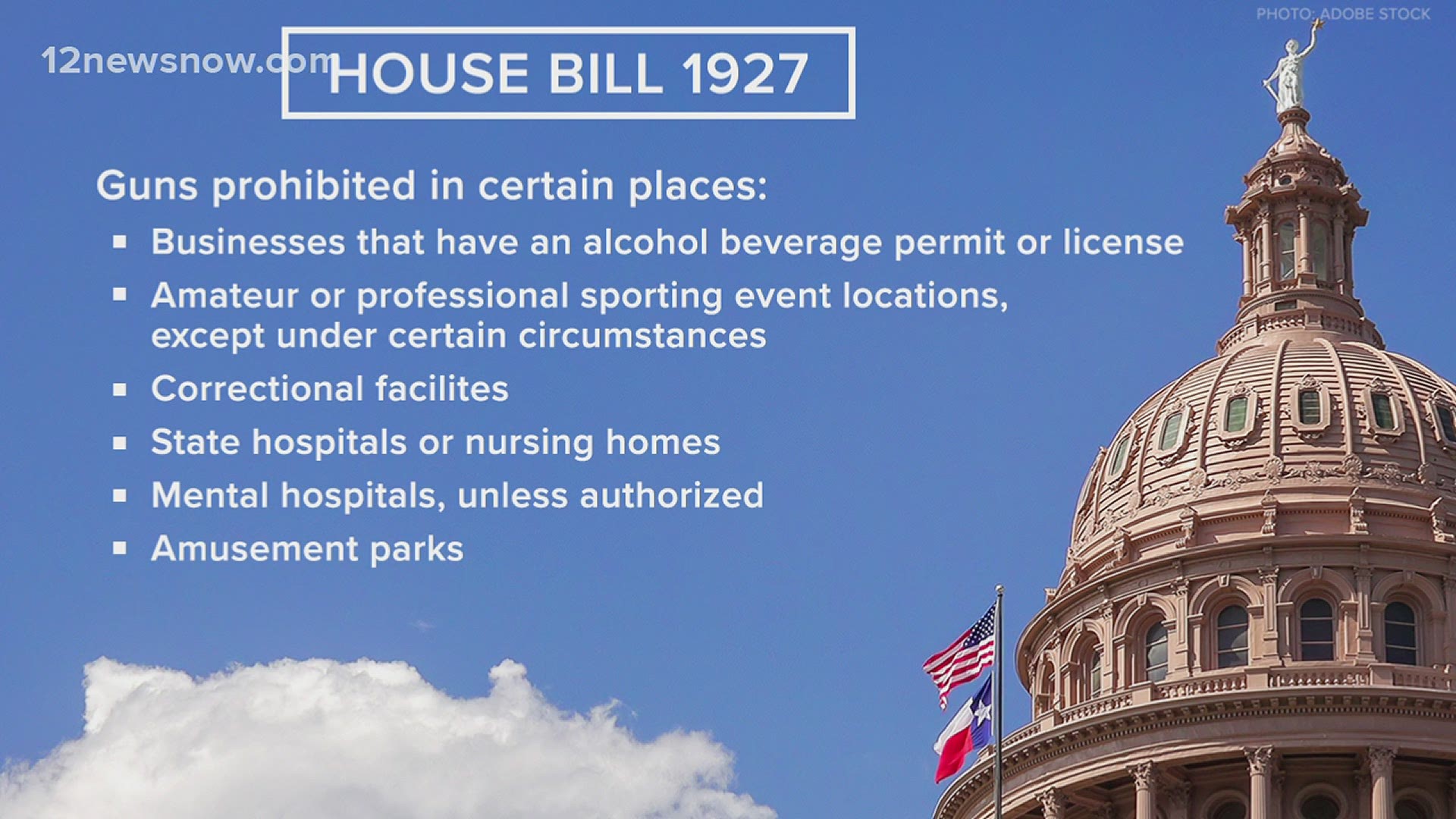 BEAUMONT, Texas — In a scathing letter to Texas lawmakers, Bishops across the state have expressed their opposition to a permitless carry gun bill they claim would remove safeguards to protect Texans.

"As pastors we are alarmed at the aggressive calls for the unfettered presence of weapons carried into public places," the letter said. "Many of our communities have been shattered by mass shootings; many more live in fear of these violent events. We have all seen the loss of lives, the suffering of victims, the inconsolable sorrow at the funerals."

House Bill 1927 would remove requirements for Texans who are 21 and older to obtain a license to carry handguns if they’re not barred from possessing them by state or federal law.

Current law requires Texans to have a License to Carry; you have to take a training class, pass a written exam and shooting test and submit fingerprints.

Lawmakers in the House gave the bill an approving 84-56 vote after several hours of heated discussion on the topic.

HB 1927, which Gov. Abbott has signaled he would sign into law if it made it to his desk, was spearheaded by Rep. Matt Schaefer (R-Tyler).

"This bill should be called 'common sense carry' because this bill is about common, law-abiding citizens being able to carry commonly owned hand guns in common public places for the common reason of personal and family protection," said Schaefer on the House floor

He's made arguments that forcing Texans to get a License to Carry is a waste of time and money -- something some Texans don't always have.

“This bill should be called common-sense carry,” said Schaefer.

The Texas Catholic Conference of Bishops wrote that HB 1927 "fails to reflect a commitment to life or a vision of hope and instead accomplishes nothing more than to make it easier for potentially violent persons to act in anger or delusion."

The Bishops point to a "growing culture of violence" that risks to increase the number of deaths across the state.

"We are also concerned this bill would allow those with mental health issues to carry handguns. This would place our communities at greater risk of harm."

Many law enforcement and gun instructors have gathered at the Texas Capitol opposing the permitless carry bill.

Under HB 1927, handguns are still be prohibited inside certain places, including: