A heavily revised version of the bill passed the Texas Senate Wednesday 18 to 13. 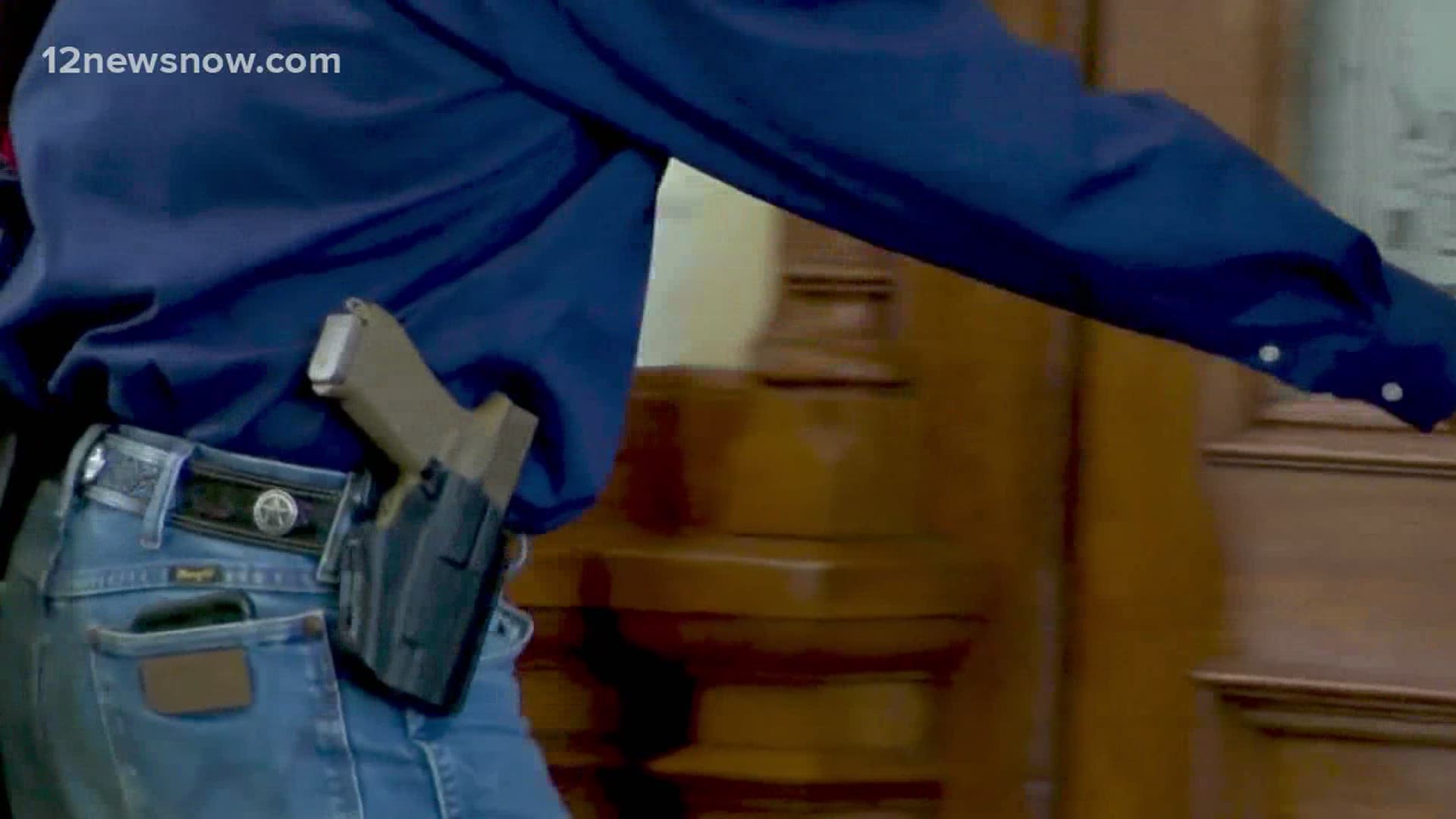 BEAUMONT, Texas — Situations like a standoff where an armed man ran into a Beaumont business on Wednesday morning were used as examples as the Texas Senate debated House Bill 1927 which, if passed, would allow permitless carry.

A heavily revised version of the bill passed the Texas Senate Wednesday 18 to 13.

It now goes to a conference committee for the House and Senate to resolve differences between their bills unless the House accepts the amendments made by the Senate.

Here's what to expect…

The legislation allow Texans who are eligible to buy handguns to carry them openly or concealed without a license to carry.

12news spoke to Southeast Texans on both sides of this issue.

The permitless carry debate is very nuanced with supporters saying it's all about your 2nd amendment rights and opponents asking if it could bring more violent chaos.

Texans being able to carry handguns without a license is something firearms instructor Josh Dempsey of Red Lion Tactics supports.

“There are just a lot more opportunities for citizens to be able to protect themselves, like I said at the beginning of the interview it, it doesn't allow criminals to do more things,” he said.

But not everyone is a fan.

Bishop David Toups of the Diocese of Beaumont believes it will allow criminals to do more senseless killings.

“Bishops came down against House Bill 1927 for that reason we have seen, you know, a spate of shootings that have damaged and killed and injured enough people,” Toups told 12News.

In an open letter to the Texas Legislature Catholic bishops stated their opposition.

“It doesn't seem like now's the time. We shouldn't relax our restrictions. That doesn't make sense to us,” said Toups.

Dempsey says the bill distinguishes between who is allowed to carry a gun and who is not.

“A citizen that's never been in trouble, has not been charged with the class a or class b misdemeanor in the last five years, it's not a felon isn't laid on their child support, doesn't have domestic violence convictions. You know, so on and so forth,” said Dempsey of who would be allowed to carry.

“This is an issue that we're going to disagree on and, and I think that's okay we live in a society where we have to be able to civilly disagree with one another,” said Toups.

The bill will head back to the House after being revised and passed.

Gov. Greg Abbott has already said he'll sign the bill if it passes.