The lawsuit filed against the TPC Group also states more than 2,000 fish and 50 crabs died in the aftermath of the November explosions. 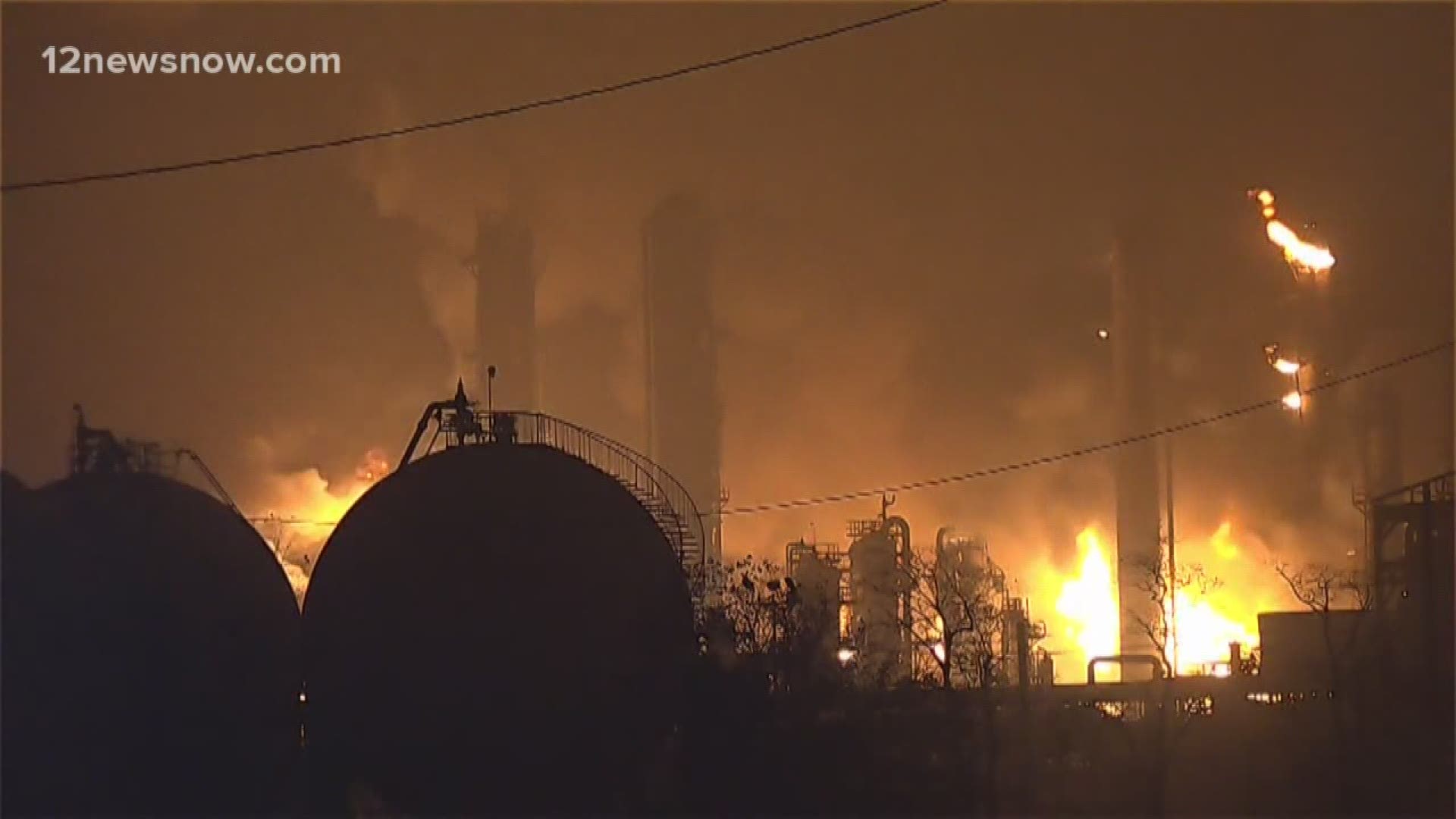 The lawsuit filed by the Texas Attorney General on behalf of the Texas Commission on Environmental Quality alleges the Port Neches plant had compliance issues for several years before the explosions. The documents filed Friday, February 21, 2020, cite "operator errors" and "equipment malfunctions" as reasons for emissions events prior to the explosions and the release of "unauthorized air contaminants."

The lawsuit alleges that the plant experienced unauthorized air emissions events that "could have been prevented through better design and/or better operational and maintenance practices" on eight dates between Jan. 2018 and Sept. 2019.

Here is a list from the lawsuit of alleged TCEQ violations before the TPC explosions:

Here are some of the lawsuit's claims about the TPC explosion:

Court documents confirm there were two initial explosions at 1 a.m. and 1:45 a.m. When the lawsuit was filed, emissions were still continuing, the lawsuit alleges.

The lawsuit is asking for an independent third party, approved by TCEQ, to visit the plant within 30 days to look for the root cause of the explosion and the emissions events listed in the court documents.

The lawsuit is asking the audit to be completed within 180 days and any action taken to address the audit findings must be completed by Dec. 1, 2021.

Ahead of explosion, Port Neches plant reported an increase of rogue emissions of explosive gas

One month after the TPC explosion, roads nearby in Port Neches reopen