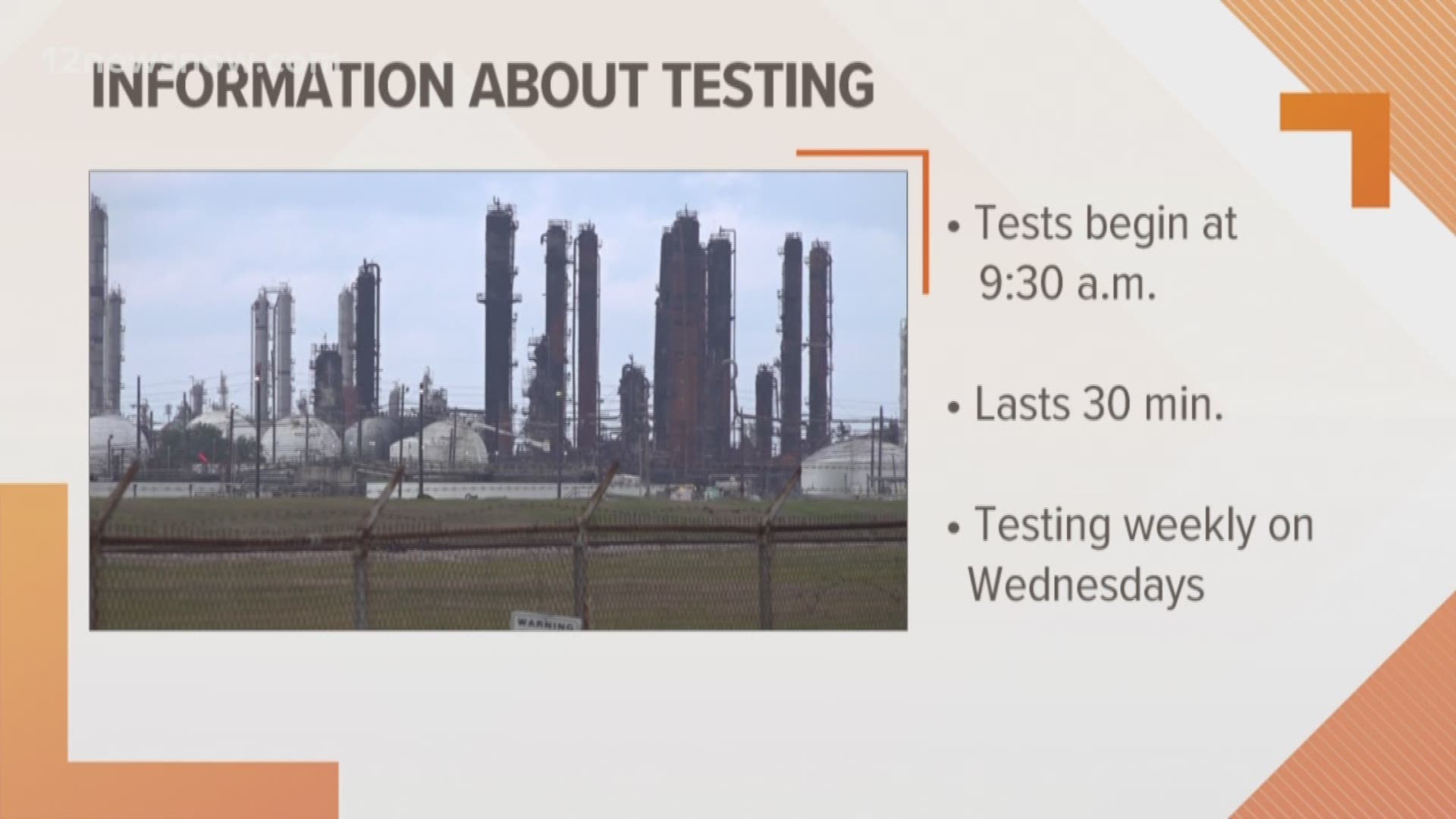 PORT NECHES, Texas — The TPC Group plant will be testing a new alarm system starting this week. Here's a look at what residents in Port Neches can expect.

Residents should expect to hear eight shorter alerts and then one longer alert that indicates "all clear." TPC said the test is expected to be over by 10 a.m. Monday. Officials released an example of how these tests will sound.

ALARM #1 | Click here to listen to the shorter alert

ALARM #2 | Click here to listen to the longer, "all clear" alert

The alarm will be regularly tested every Wednesday at noon, starting Dec. 25, and will be used until the plant's permanent alarm system is operating again, TPC Group said in the release.

"We appreciate your patience as this essential safety equipment is put in place," the company said.

Anyone who lives in the neighborhood near TPC Group's Port Neches plant may hear the alerts, the Unified Command team said in the release.

TCEQ, the Jefferson County Office of Emergency Management and the TPC group said in the release they are still working to bring the incident to an end while minimizing environmental impact.