The company said its focus is to resolve property damage claims for the community, but some homeowners have questions about the process. 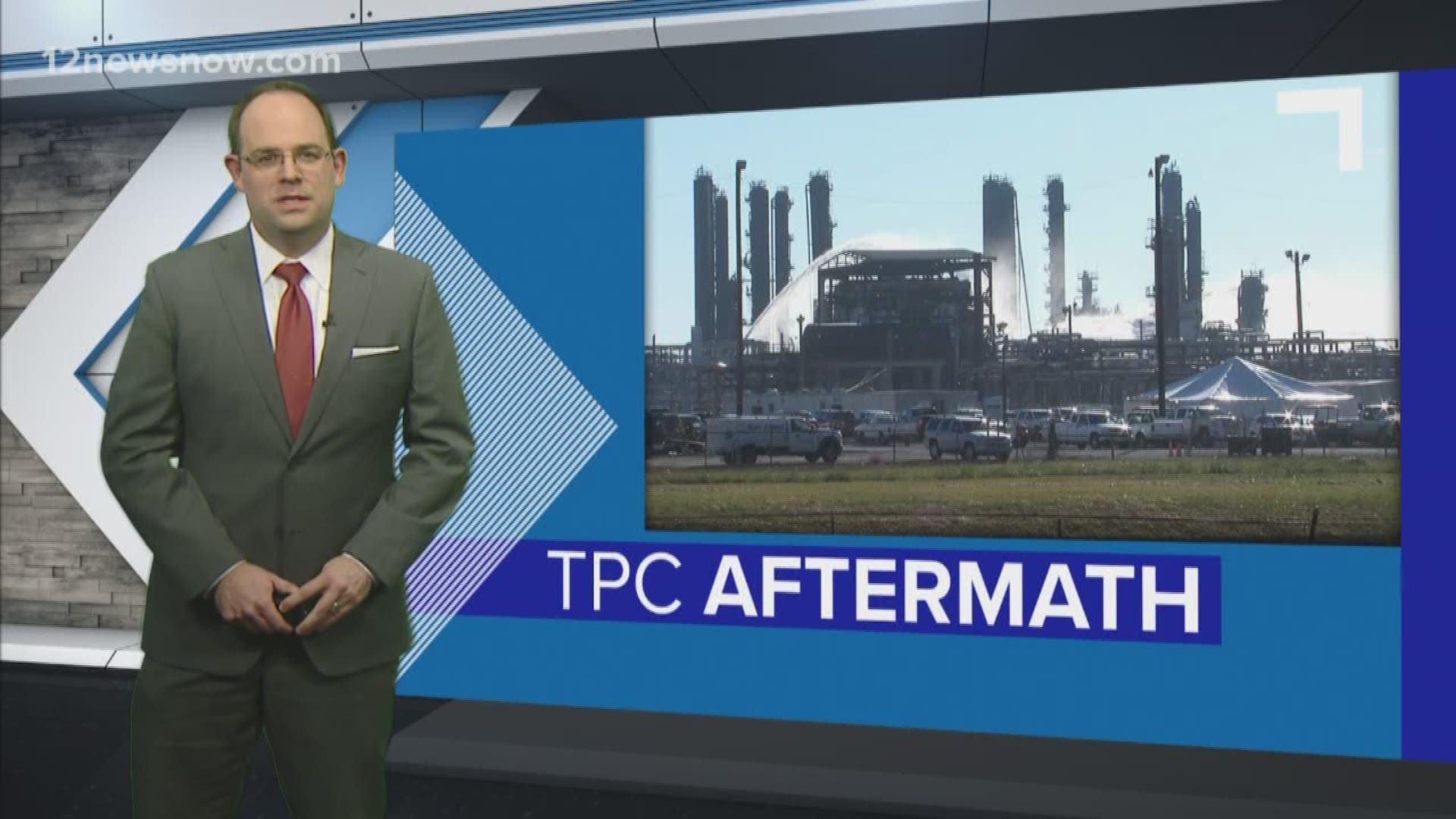 PORT NECHES, Texas — Homeowners who have not received a settlement from the TPC Group will have to deal with a new process moving forward. Rather than lump sum checks, money will be distributed through a three-stage process.

"This enables proper assurances that repairs are being made," company spokesperson Sara Cronin said in a phone interview with 12News. "This is consistent with our commitment to the community, as the impacted neighborhoods benefit as a whole from residents repairing the damage to their homes."

Cronin said claims adjusters will distribute funds to homeowners in the same way a mortgage company would authorize payment for a first-party homeowner's insurance claim.

Although some people have already received payments in full, the company said that payments will only be made in stages in the future, effective February 7.

"Effective today, that process changed," Cronin said. "The goal of the voluntary claims program really remains the same. It's to help claimants repair damages to their homes."

TPC Group posted a document on PortNechesResponse.com explaining how the claims process would work moving forward.

Stage 1: 25 percent of the settlement is paid

Stage 2: The next 25 percent is paid after a homeowner signs a contract with a licensed contractor to begin repairs

Stage 3: The remaining 50 percent of the settlement is paid after the work is finished

TPC Group's voluntary claims program started on November 27. As of February 7, the claims department has completed more than 7,300 property inspections and resolved more than 1,800 property claims, Cronin said. The deadline to file for property damages was February 4.

Almost 18,000 claims for expense reimbursements for the mandatory evacuation after the explosion at the TPC plant have already been paid out, Cronin said. The deadline to apply for evacuation expenses was January 20.

The TPC Group's claims program is prioritizing residential home inspections and settlements for families closest to the plant.

"Addressing claims in these areas is expected to take a significant amount of time in the coming months, and this may result in delays in scheduling inspections and appointments for residents who are further removed from the facility," Cronin said. "Our goal is to have completed the initial settlement appointments for all valid claims within one year of the incident."

If you have a story to tell about claims process, we would love to hear from you. Email 12News@12NewsNow.com.

One month after the TPC explosion, roads nearby in Port Neches reopen