Port Neches Mayor Pro Tem, Adam Anders, said the goal right now is to get back to as normal as possible. 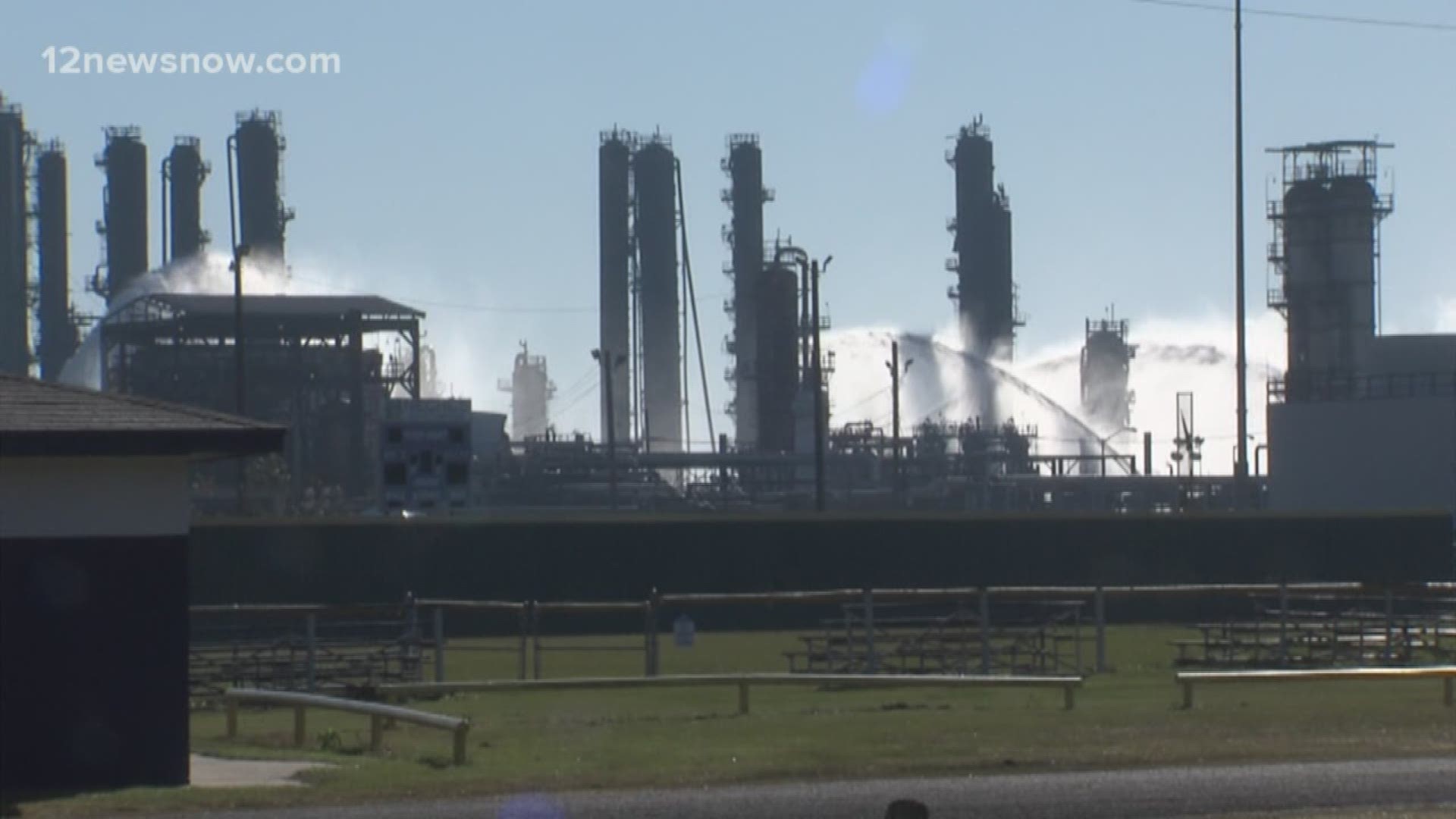 PORT NECHES, Texas — One week after the TPC plant explosion in Port Neches, people are still working to get back to normal.

The fires are all extinguished, but an "all-clear" has not been given.  Since the explosion, the TPC hotline has received 4,000 calls.

Port Neches Mayor Pro Tem, Adam Anders, said the goal right now is to get back to as normal. He understands many were impacted by the explosions.

Some of the city's buildings were damaged in the blast, and some of the roads around the refinery are still shut down. The public library likely suffered the most damage, according to Anders, and they're not sure when it will reopen.

"Other than that, we've really been just kind of getting back to normal, back to the everyday operations of the city," Anders said.

The roads will remain closed, and air and water monitoring will continue for as long as necessary, until they're sure everyone is safe.

The city is working to get a better line of communication to the citizens of Port Neches. Anders said they're working with other authorities to make sure the community has a better idea of what's going on. He's pleased with how the citizens have handled the situation.

"They've been understanding during the evacuation process, and I think the folks that live in Port Neches are very resilient, and I know that they're going to be patient, they're going to work through things, and they know that TPC is going to be working with them to try and make things right," Anders said.

He understands the situation was traumatic for some folks. He said the city and TPC are doing everything they can to make sure residents are safe. He assures that the city will continue to be there for them, and make sure they're taken care of.

"The citizens are always our number one concern here in Port Neches," Anders said.

Citizens like Doris Humplick and Gabrielle Larocca say their lives changed last week after the explosions.

Humplick has lived in Port Neches for three years, but has been in the area since 1997. She and her husband run a storage facility on Nederland Avenue, where they live.

"I live in a metal building, and literally it felt like four or five 18-wheelers hit our building," she explained.

She struggled with PTSD before the explosions, but now she says it's more heightened. Whenever it's triggered, it's difficult for Humplick to think, she gets really confused and anxious, and talks fast. She tends to keep to herself, and do whatever she can to try and calm herself. Some things that help are listening to music and praying. She encourages anyone who is feeling the same way or struggling with PTSD to get help, and know that they're not alone.

"Yesterday I was at the center in Beaumont, and the garbage dumpster delivered, and it brought tears to my eyes because it was outside, it was loud, and so that's kind of life here now, we're triggered by anything."

If the opportunity came up, Humplick said she would leave the area. She said her daughter just got married last month, and before she wouldn't have considered. She knows others are considering the same.

Humplick has lived through several hurricanes in the area, but this is different. She's not sure what it will take for folks to get back on their feet. She feels the TPC group is doing everything they can to help, and has been pleased with their response. However, Humplick would like to know why it happened, and feels that those questions need to be answered.

Gabrielle Larocca has worked at Avenue Coffee shop in Port Neches as a barista since October. Just hours after she closed the night of the explosion, the blast sent shattered glass from the windows flying through the store.

"I was like, 'what if this happens again,' you know, if this had happened any earlier that that, like even while we had closed or were closing, it would have been detrimental," she said.

They were able to get everything cleaned up and boarded up the windows quickly to reopen. The experience has been eye-opening. Larocca has always known something like it could happen, but she never expected it to, and now understands it could happen again.

Through it all, Anders, Humplick and Larocca agree, the city stands together, and has even grown stronger.

Anders said he's heard stories of folks helping get garage doors off of cars, and board up windows in the middle of the night.

Humplick has found support in the Port Neches Facebook groups. She hasn't seen a lot of negative conversation, and said everyone has been helping each other out.

"I think we're all in the same boat, and we're giving each other a little bit of grace, if that makes sense," Humplick said, "I see my tenants coming in, and they live in front of the blast, and it's kind of overwhelming, I mean I pretty much cry everyday with them, because it's hard."

For Larocca, she's found support in the customers at the coffee shop. Since reopening, customers have been asking those who work there how they're doing, and the workers have been checking in on them as well.

"There's a lot more support going through for everyone around as well, there's just been support from all sides," she said.

For those having difficulty getting through to the TPC hotline, use the online claims form. The U.S. Chemical Safety Board will hold a news conference Thursday at 1 p.m. to talk about it's investigation.

One dead in shooting at Pearl Harbor base; Shooter ID'd as sailor 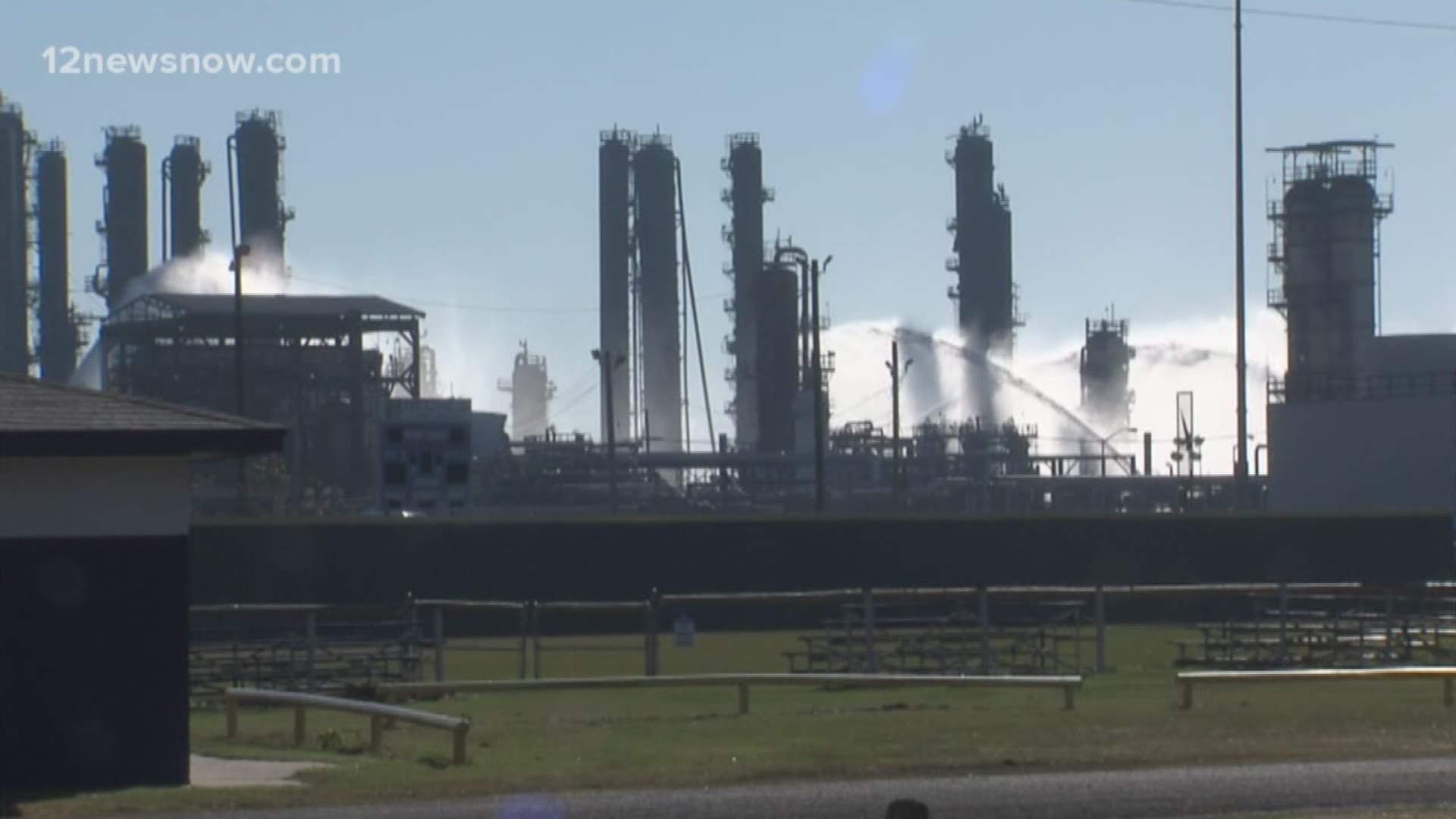