He admitted to police that he had double vision after taking medicine, which "may have had something to do with the wreck." 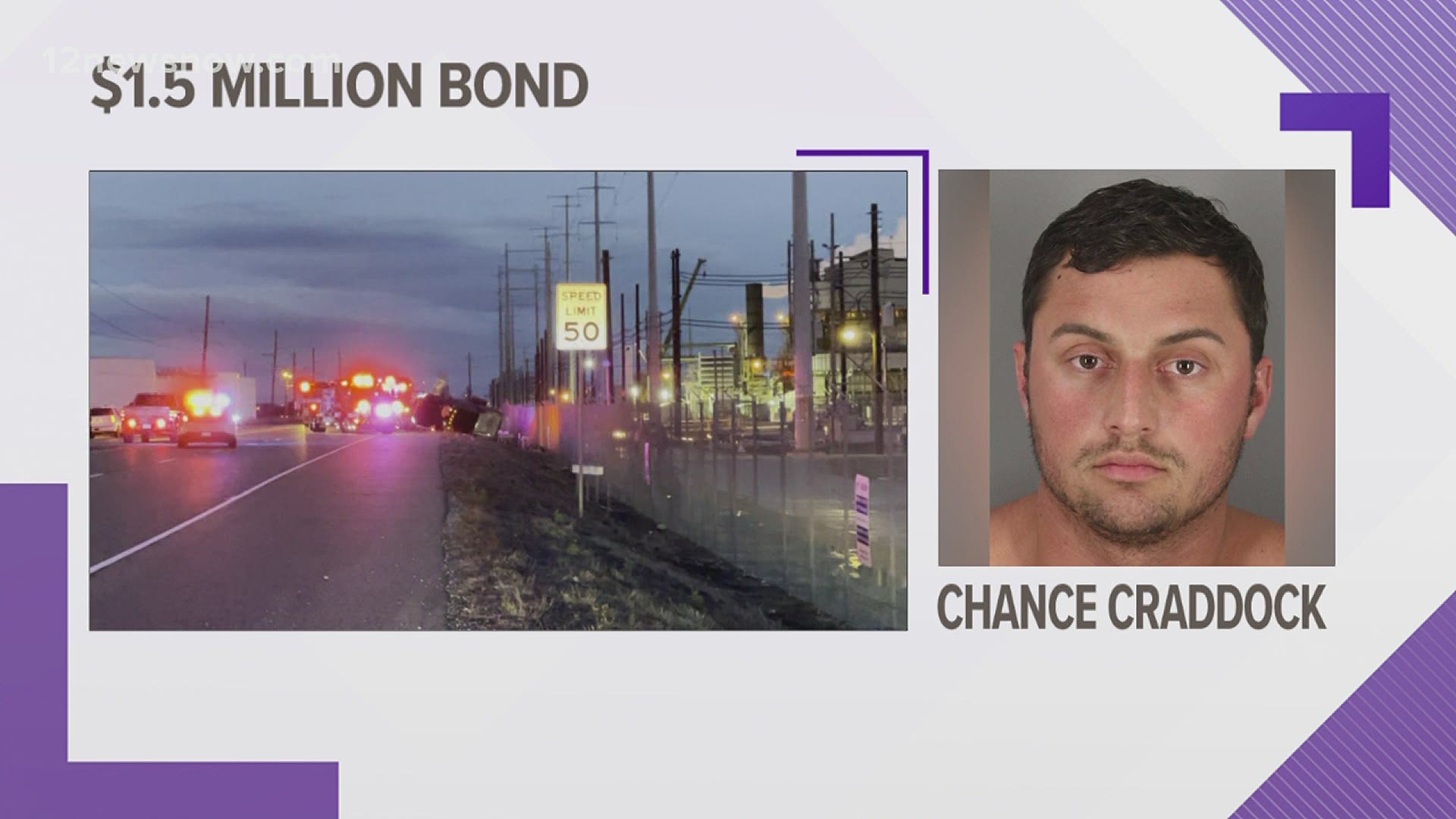 PORT ARTHUR, Texas — A 25-year-old Mount Enterprise man was indicted Wednesday on three counts of intoxication manslaughter after a late-May wreck that left three people dead and a child injured.

Chance Glynn Craddock, 25 was arrested on three charges of intoxication manslaughter with a motor vehicle on May 20, according to Jefferson County Precinct One Justice of the Peace Ben Collins, Sr.

As of Wednesday, June 9, Craddock remains behind bars on a $1.5 million dollar bond.

Craddock admitted to taking two doses of prescribed anxiety medication and an antidepressant tablet called Zoloft hours before the crash, according to a probable cause affidavit.

He also admitted to police that he had double vision after taking the medicine, which "may have had something to do with the wreck."

Police say when they first spoke with Craddock at the scene, the man's speech was slurred and his breath smelled like alcohol.

Port Arthur Police identified the three victims who were killed in the Thursday night wreck on Highway 82 near the Valero Refinery.

Craddock, who admitted to using drugs and alcohol prior to the wreck, initially told police he was from Vidor but he is from the Nacogdoches area Collins told 12News.

A previous version of this story incorrectly reported that Craddock was from Vidor after 12News initially received incorrect information from officials.

A public records search found drivers license and vehicle records for Craddock showing an address in Mount Enterprise which is about 23 miles from Nacogdoches.

Police say Craddock was driving a Dodge truck north on Highway 82 when it crossed over into southbound traffic and struck a passenger vehicle.

The passenger vehicle overturned and came to rest next to the fence at the refinery.

Three people in the passenger car were found dead according to the Port Arthur Police Department.

A young child who was also riding in the passenger car was critically injured in the wreck according to Collins.

Collins told 12News that Craddock has a criminal history from "other parts of the state."

The crash, which happened around 7:35 p.m. in the 2600 block of Highway 82, forced Highway 82 to be shut down in both directions near the Valero Refinery.

Craddock was taken to a local hospital for injuries and a blood search warrant was issued to determine if he was intoxicated at the time of the crash, according to a news release. Blood samples returned from the Medical Center of Southeast Texas revealed he was two times over the legal alcohol limit.

On 5/20/21 at approximately 7:36 p.m., officers with the Port Arthur Police Department were dispatched to the 2600 Block of SH 82 in reference to a major motor vehicle accident.

As officers arrived on scene, they located the victim vehicle and found three subjects deceased.  Preliminary investigation revealed a Dodge truck was traveling north on SH 82 and crossed over into southbound traffic, striking a passenger vehicle.  The driver of the Dodge truck was transported to a local hospital for injuries and a blood search warrant was issued to determine if he was intoxicated at the time of the crash.

The names of the person’s involved in the accident are being withheld at this time pending death notifications to their family.  The accident is currently under investigation by the Port Arthur Police Accident Reconstruction Team and the Criminal Investigations Division.

On 5/20/21 at approximately 7:36pm, a fatality accident occurred in the 2600 block of SH 82. The victims who died in the crash have been identified as 13-year-old Ariana Washington, 32-year-old Danny Nichols Jr., and 35-year-old Lamberia McDaniel.

The driver of the suspect vehicle, identified as Chance Glynn Craddock, has been arrested and charged with three counts of Intoxication Manslaughter.